Posted On March 1, 2018 By In COUNTRIES, Photo gallery, SLIDER-, VIDEO&PHOTO, Zimbabwe With 566 Views

A seized Zimbabwe farm is returned, but uncertainty reigns 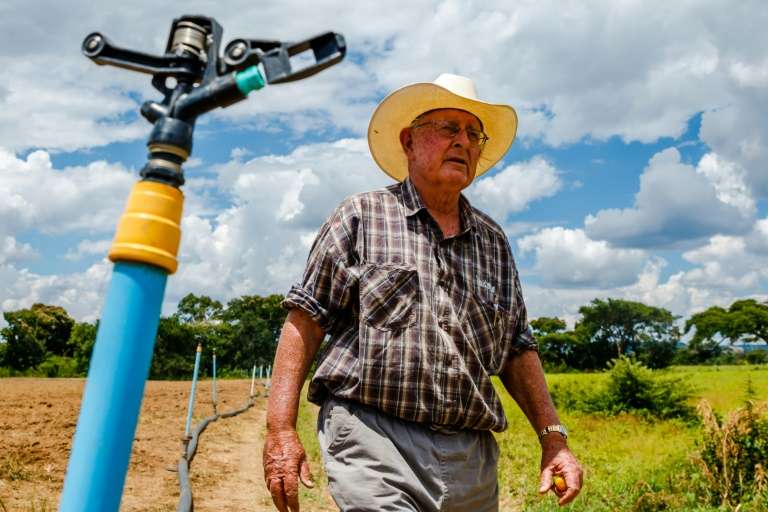 Zimbabwean farmer Robert Smart inspects irrigation pipes for a potato crop after returning to his family farm. Smart last year had been evicted at gunpoint under Robert Mugabe’s programme to force white farmers to hand over their land 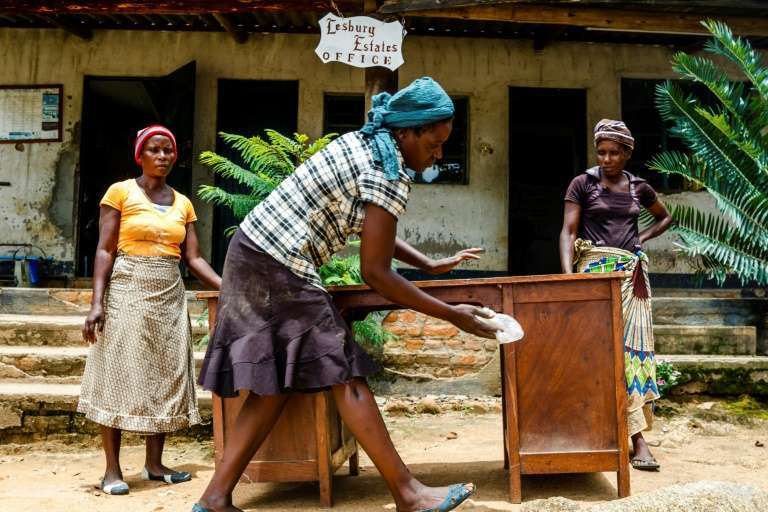 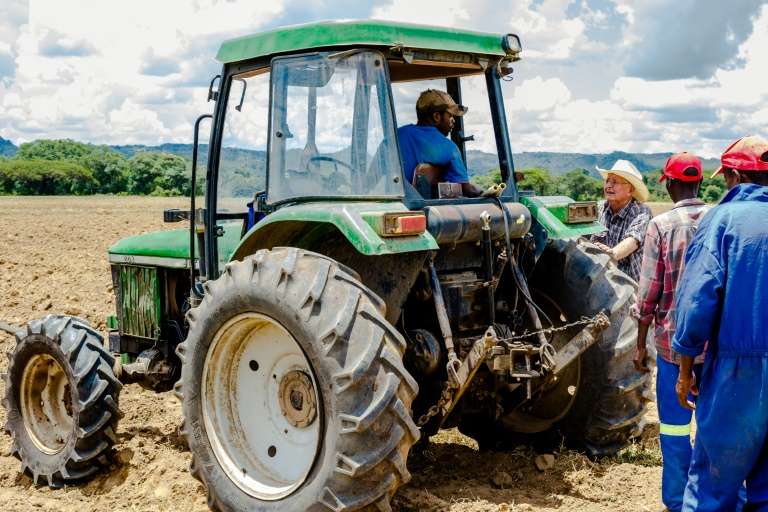 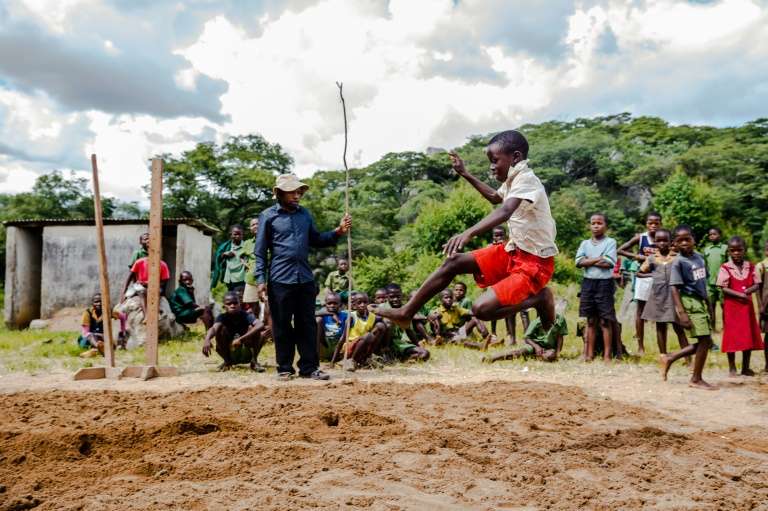 When the riot police arrived, Zimbabwean farmworker Mary Mhuriyengwe saw her life fall apart as her job and home disappeared in the ruthless land seizures that defined Robert Mugabe’s rule.
Mhuriyengwe, 35, watched as police carrying AK-47 rifles released teargas to force white farmer Robert Smart off his land in June 2017 — perhaps the last of 18 years of evictions that helped to trigger the country’s economic collapse.
A widow and mother of two, Mhuriyengwe relied on her work as a general labourer at Smart’s Lesbury Estates farm in Headlands, 160 kilometres (100 miles) east of the capital Harare.
“It’s the only job I had and I had no husband to turn to,” she said, her voice breaking with emotion. “I found myself with nothing.”
To her shock and amazement, Mhuriyengwe is now back at work on the farm and back living in her modest house, after Mugabe was ousted in November and Emmerson Mnangagwa became president.
Smart was allowed to return to his farm within weeks of Mnangagwa’s inauguration, becoming the first — and so far the only — white farmer to be given back his property.
But it is far from certain whether Smart’s case will be a precedent enabling other white farmers and their employees to return.
– White farmers welcome? –
Smart’s farm had been at the centre of a power tussle within the ruling ZANU-PF party involving a close ally of Mugabe — whose sudden fall from power saw the property quickly returned to its owner.
Mnangagwa himself has described Zimbabwe’s land seizures as “irreversible”, and stressed that white farmers would not get their old land back.
Instead, they are being encouraged to take other farms on new 99-year leases as the government seeks to boost the agricultural sector to revive the moribund economy and create jobs.
Evicted white farmers may also receive cash compensation — but where the money would come from is unclear.
Zimbabwe’s often-violent land reform programme started in 2000, with thousands of farmers forced off their land by mobs or evicted.
Mugabe said the reforms would help black people impoverished by British colonial rule.
But critics blame the land redistribution for the collapse in agricultural production that led to Zimbabwe’s economy being wrecked by hyper-inflation, mass unemployment and emigration.
Many of the seized farms were given to Mugabe’s loyalists or fell into disrepair.
Now other white farmers and their employees are waiting to see if Smart’s case offers them any hope.
“There might be changes in future but as things stand, there is absolutely no change,” former cattle rancher Mike Clark told AFP.
Ben Gilpin, director of the Commercial Farmers’ Union, said he was not aware of any other farmers yet allowed back on their land.
– Fled in terror –
Whatever the fate of other farms, Mhuriyengwe smiled as she watched a tractor leaving the shed to plant a potato crop.
Smart has already recalled 40 of his 300 permanent and casual workers, and has prepared the first five hectares (12-acres) of his 120-hectare farm for potatoes.
“It pained us when Mr Smart was evicted and we were ordered to leave,” said Mhuriyengwe who was among families forced to seek shelter in nearby mountains.
Mhuriyengwe’s daughters attended school on the farm where Smart also ran a clinic for his workers and families.
“Imagine the trauma for the children coming to school from the bush and not knowing whether their parents will still be there after school,” teacher Tecla Muyeye said.
“For some time, the farm resembled a war zone. The occupiers fired guns to scare away the farmworkers and we did not know how it was going to end.”
Workers organised a homecoming party for Smart, breaking into song when he arrived accompanied by security provided by the government.
He found the family’s house stripped of furniture and much of his farm equipment and supplies stolen.
But Smart, who inherited the farm from his father in 1965 and is grooming his son to take over, is determined to be upbeat.
“There was a feeling of joy that we were allowed to come back,” he said.
“It is about the three generations of us and the guys who work here.”