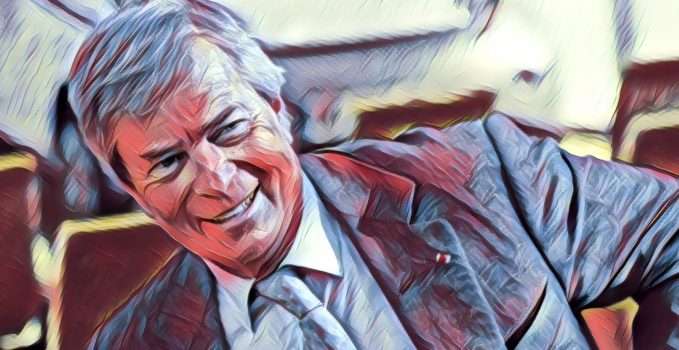 Since last 25th April, the financial tycoon Vincent Bolloré and some of his group’s leaders have been accused of alleged bribes paid to senior officials of Guinea Conakry and Togo. Bribes – claims the accusation – paid through communication contributions provided at low prices to have in exchange the management of the most important port hubs of the two countries. Soni Camara, the former general manager of Cory’s autonomous port, interviewed by Denise Epotè of TV5Monde as a subject aware of the facts, intervened publicly on this alleged scandal, which had a great impact on the French markets, but also in Italy and Africa. He reported punctually about the case, providing a reconstruction that was somewhat different from those that have emerged so far. A reconstruction that Camara has also made for africanmedias.com

“In Guinea – Camara said – the first container terminal was built in 1992. After 15 years we asked some international financial institutions such as the European Investment Bank, the French Development Agency and the German institute for the reconstruction KFW to finance the extension of this container terminal”.

“In the following years – explained Camara – we did all the preliminary work. But the three financial institutions pulled back because the general conditions of the country, they said, did not allow them to proceed “.

In other words, Guinea had done its part to revive its main port but when requesting funding to make the extension of the docks for its commercial relaunch at the international level all financial interlocutors withdrew frightened by the so-called “country risk“. At the same time, other ports such as Dakar and Abidjan received aid and eroded market shares in Conakry year after year. Hence the idea of a public tender. In 2008 the government, to try to give a future to the port, publishes a notice to entrust the management to a public / private company.

Fifteen companies participate and then at the end four are selected, Bolloré’s company is one of them. But the winner of the bid is a company that guarantees revenue for 15 million, five over the offer of Bollorè which amounts to 10 million. At this point Camara makes a meticulous reconstruction of the events that the port lives up to the point that after years without things changing, with the works not going on, the problems related to the death of the President of Guinea of the time, Lansana Conté, and without the port going substantial steps forward, he takes the difficult but inexorable decision to break the contract for failure (“they had not put a single brick”) with the winning company of the first call and to propose the expansion and management of the port to Bollorè under the same conditions of payment (15 million) of the previous winner. Bolloré, who we remember had arrived second, agrees to sign with a greater burden than his initial offer and the work finally begins. We are in 2011, the works are carried out in time. the port takes over the activities as planned.

“All the shipowners – remember Camara – had left the port. With the signing of the Bolloré concession in less than 3 years we have had our terminal built in the desired dimensions and indeed it has been strengthened to improve its competitiveness “. A reconstruction of the facts, made by Camara, somewhat different from what seems to have led the French magistrature to accuse the owner of Vivendi and Havas and his managers of corruption.

In the end Camara, who we remember was in the evaluation commission of the tender for the granting of the works, also reveals an unpublished story that rejects Bolloré and the current president of Guinea Alpha Condé. “I pointed out to President Condé – remembers Camara – that for a clear error in the contract for the assignment of the works to Bolloré the management of the actual port was also assigned to him. The President said that this was unacceptable: he took the phone called Bolloré himself and told him clearly terms that if in 15 hours the contract had not been revised and the management of the port had not been returned to the port authority he would have immediately canceled the contract. ‘assignment. Bolloré did what was requested “.