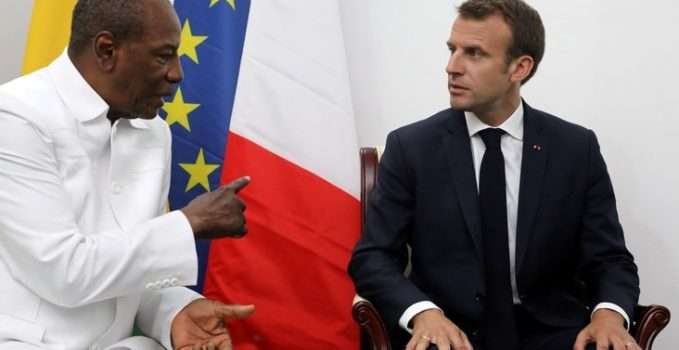 Alpha Condé: how I changed Guinea Conakry – Guinea’s future in the run-up to the 2020 elections depends on understanding what has been done since 2011 and what needs to be done to consolidate the results achieved. In this exclusive video interview, President Alpha Condé reconstructs in detail the work done in these two presidential terms. An important testimony because it represents the balance of eight years of activity and the essence of the talks that President Condé had on his international tour that led him in recent days to meetings with the President of the French Republic Emmanuel Macron or with the U.S. Secretary of State Michael Pompeo.

High-level meetings that demonstrate the prestige and esteem enjoyed internationally by this Guinean professor, the first elected president of his country, who has a biography marked by a serie of unusual events. From the youth commitment to the student struggles, from the political struggles to the imprisonment, from the travels all over the world to the teaching to the Sorbonne, from the victory of the first free elections, after decades of dictatorship, to the construction of a country that, under its management, has been able to defeat a devastation as it was the Ebola epidemic and then carry out a real economic and social revival of the country.

Condé, in this video extrapolated from a long conversation that will become a documentary, illustrates the results obtained. It inevitably starts from the colonial period and then lists the results achieved and the importance of finishing the work begun. After listening to his words, the sense of attachment to his country remains well imprinted in his memory. His story is a rare one: as soon as he is elected, after decades of dictatorship and ethnic wars, a professor of economics comes to power in torn Guinea. Not even the time to settle in and the Ebola bomb explodes. A devastation that kills, further impoverishes and isolates Guinea. A succession of events that would have defeated anyone. But not this descendant of a family of Mandinga warriors.

Alpha Condé rolls up his sleeves and does what only he could do. It reassures the population, uses its knowledge in economic matters, which it has taught for a long time, activates its excellent international relations. With Romano Prodi, when he was President of the European Commission, with François Hollande, with Barak Obama and so on. Step by step he rebuilds the country economically, launches a profound and delicate reform of the armed forces, strengthens the infrastructure, works generously to pacify the different ethnic groups, fights corruption. He is on every single dossier with incredible energy and the results arrive. The incredible defeat of Ebola and the economic rebirth of the country, which is visible even to the naked eye, bring him international appreciation and recognition. The most important one comes in 2017 when he is elected President of the African Union. A post that this moral brother of Nelson Mandela holds with the usual energy and efficiency and that he once again makes available to his country. It is undeniable that from the presidency of the African Union Condé has managed to weave relations that have favoured the arrival of international investors in Conakry. International financiers, public and private, trust this energetic and determined man, giving him credit both politically and economically. This is how Guinea gets back on track.

The story Alpha Condé as a man is a fascinating one: to get to know him, to hear him speak, one discovers a very strong political and civil passion, and a deep knowledge of the economic and financial dynamics that govern the global economy. As is evident the concreteness of the work he has done for Guinea. But it is a story where the happy ending has not yet come. There is the last paragraph to be written and it is the one on which President Condé is most focused today. Bringing to fruition the projects that have begun, making all the investments, consolidating the peaceful and democratic growth of the country. That is why Condé has begun a listening phase in recent days. It has called for an inclusive dialogue open to all civil society actors and the political forces of the majority and the opposition to discuss the constitutional reforms needed to prepare Guinea for the immense challenges ahead in the coming years. A frank appeal to its people for a democratic, peaceful and civil confrontation aimed at the modernisation and prosperity of the country. We will see in the coming weeks how this dialectical confrontation between the parties will emerge. Of course, in the history of the young African democracies there have been very few changes in the history of the country that began with a preventive democratic confrontation between the various social partners.