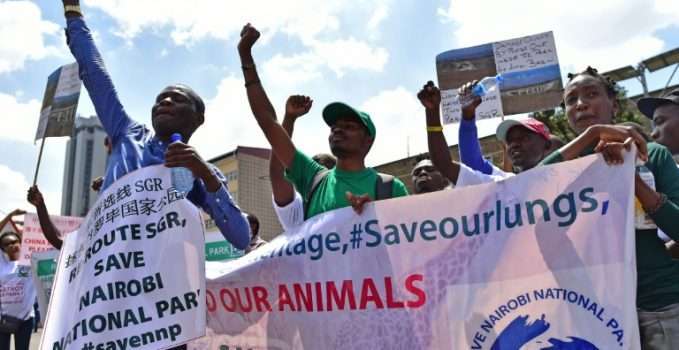 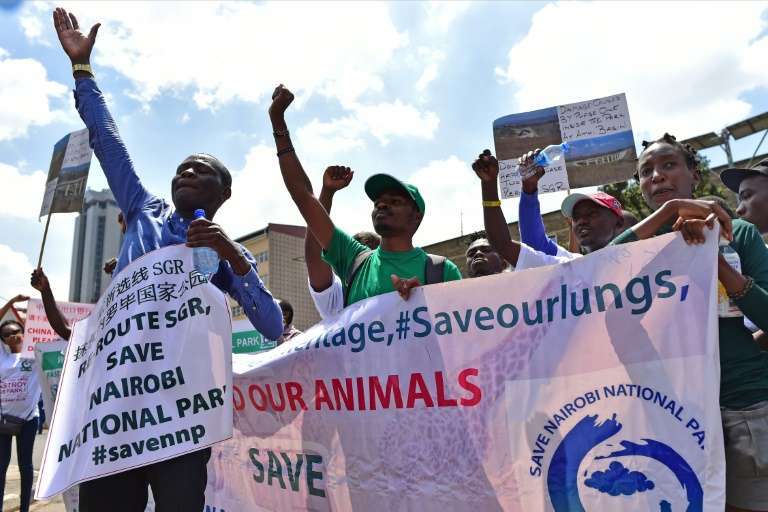 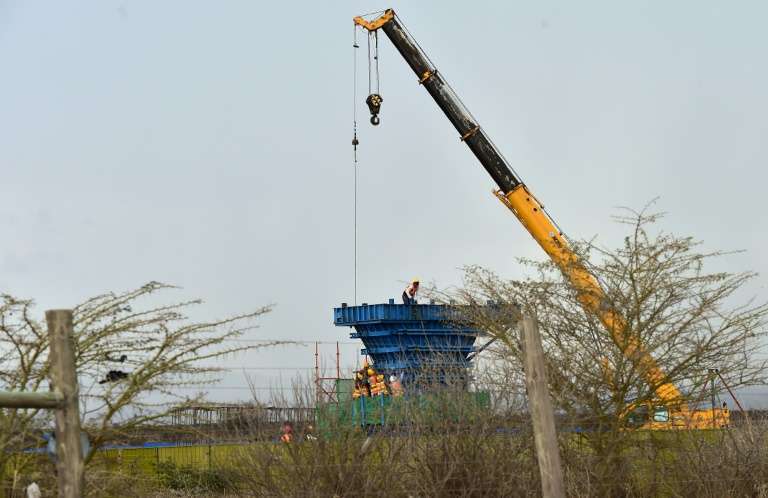 Kenyan conservationists expressed outrage Thursday after construction of a railway line began inside Nairobi’s famed national park, saying this defied a court order halting the project.
The extension of a Chinese-built railway that is Kenya’s biggest infrastructure project since independence through the vast wildlife reserve on the outskirts of Nairobi has been tied up in legal battles since 2016.
However last week, cranes, heavy machinery and scores of workers from the China Road and Bridge Corporation set up inside the park borders, working furiously inside an area cordoned off and protected by armed rangers.
“What we have seen here is a government that is hell-bent on getting its way and building this project even in defiance of court,” said Jim Karani, legal affairs manager of Wildlife Direct, which has been involved in the litigation.
A small group of activists held a protest Thursday to demand government comply with court orders stopping construction.
“It is very disappointing. The government is openly breaking the law,” said one protester, Catherine Chumo.
Just seven kilometres (four miles) from the heart of town, lions, hyenas and giraffes roam at will in the vast reserve that is facing multiple pressures from a burgeoning city and the accompanying infrastructure demands.
A first 483-kilometre (300-mile) railway line from Mombasa to a terminal east of the Nairobi National Park was completed in 2017.
The second phase through the park is being portrayed as vital to Kenya’s ambitions to eventually link to its regional neighbours.
Under the scheme, an elevated rail line will run across six kilometres of the park perched on pillars between eight and 40 metres (24 to 120 feet) tall.
Rail authorities maintain the pillars will be camouflaged, noise pollution reduced and freedom of movement maintained for the animals.
– Legal wrangles –
A coalition of interested parties first appealed to the National Environment Tribunal in 2016 to complain about the way in which an impact study was carried out, citing lack of public participation.
The tribunal ordered construction be stopped until the case could be heard, which it was required by law to do.
However in 2017, government tried to amend the law imposing an automatic halt to a project when a complaint is lodged at the environmental tribunal — burying the change in an unrelated prevention of torture act.
When conservationists learned of this they complained to the high court which suspended the amendment.
While the protesters insist the stop order is still in place, Kenya Wildlife Services (KWS) insists construction is taking place legally.
Spokesman Paul Gathitu told AFP that the Chinese construction company had appealed to the high court, arguing this automatically invalidated the stop order while that case was ongoing.
Kenya’s government has come under fire for recently ignoring a string of court orders.
Transport Minister James Macharia told AFP he did not wish to comment.