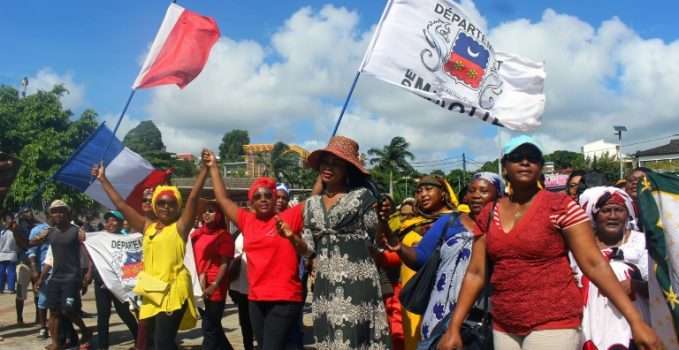 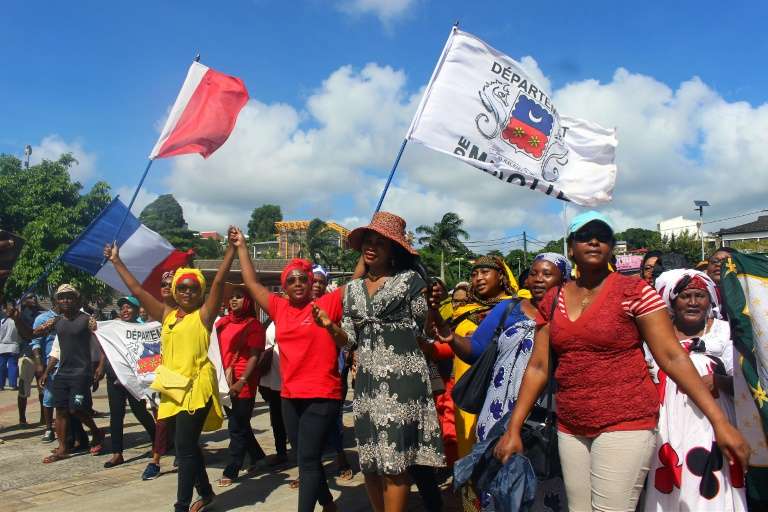 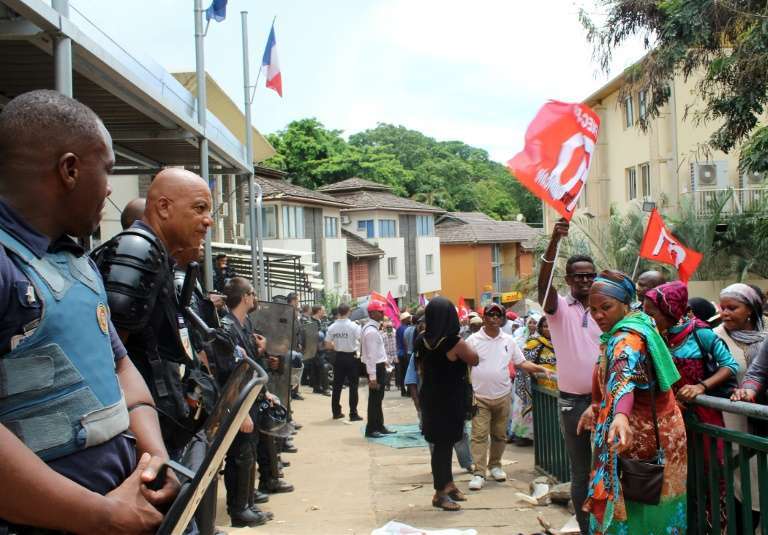 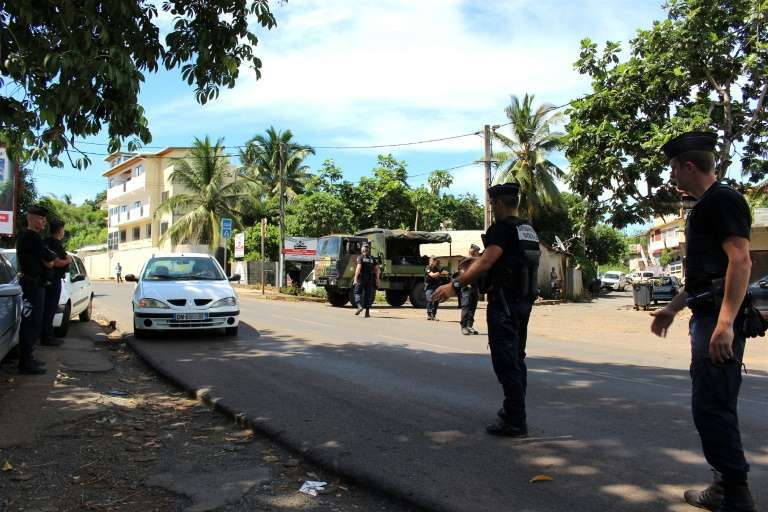 A month-long campaign of strikes and protests on the French Indian Ocean island of Mayotte has shone a light on the simmering resentment in some of France’s tropical outposts over perceived neglect by the state.
Supplies of fuel, drugs and other essentials are running dangerously low on the island of 250,000 people off southeast Africa as protesters dig in for more funding — and empathy — from Paris.
The spice island in the Comoros archipelago, which has been governed by France since the mid-1800s, is the fourth overseas territory to be paralysed by strikes over living conditions in the past decade.
An attack by a gang on a school lit the fuse on frustration over mass migration and growing lawlessness in France’s poorest department, which many link to the influx of arrivals by sea from neighbouring non-French Comoran islands.
Visiting minister for overseas territories Annick Girardin failed to convince the demonstrators to abandon the barricades this week, despite a promise of police reinforcements to combat crime and a clampdown on illegal migration.
“They made the same promises to our parents and grandparents,” Toto Amachebane, head of a striking transport company, said dismissively.
France’s collection of overseas territories stretch from the islands of Wallis and Futuna in the South Pacific to Saint Pierre and Miquelon in the northwest Atlantic to Reunion island off Madagascar.
Attachment to the former colonial mothership is generally strong, particularly in the five overseas departments of Martinique, Guadeloupe, French Guiana, Mayotte and Reunion island.
But many in the scattered parts of overseas France complain of being made to feel like an afterthought.
The development gap with the mainland is particularly striking in Mayotte, which broke ranks with the three other Comoros islands in voting against independence in the 1970s but was only fully integrated into France in 2011.
Unemployment of 25.9 percent is over double that in France as a whole and public services are woefully deficient: Mayotte had 18 doctors per 100,000 inhabitants in 2012, compared to an average of 201 in the rest of France.
“There is a lot of impatience in Mayotte. Some people expected things would be settled in six months, but it’s going to take a generation or two,” Olivier Sudrie, an economist at BDE consultancy on governance told AFP.
While poor in French terms, Mayotte is a beacon of prosperity for residents of the severely impoverished, coup-prone Comoros.
In scenes reminiscent of the Mediterranean, thousands of Comorans pile into rickety boats to make the 70-kilometre (44-mile) crossing to Mayotte each year, including large numbers of pregnant women.
– Migrant baby boom –
“Mayotte has become an open-air Sangatte,” Said Hachim, one of the protest leaders, told Le Monde newspaper this week, referring to an infamous migrant camp in northern France that was closed in 2002.
Some 9,600 babies were delivered in Mayotte’s hospital last year — a record for a French hospital — of which 70 percent were born to migrant parents hoping to secure French citizenship for their child.
Schools are also bursting at the seams, creating resentment among locals who fear being further pauperised by the situation.
The government this week suggested giving Mayotte’s hospital special “extra-territorial” status so that children born there would not automatically qualify for French passports.
Half-way around the world, a wave of illegal immigrants has also piled pressure on public services in French Guiana, a vast, forested territory with an acute lack of schools and paved roads.
Protesters shut down Kourou spaceport, a major launchpad for European satellites, for several weeks last year to demand a “takeoff plan” for the area.
– ‘Not Father Christmas’ –
During a visit in October President Emmanuel Macron promised to limit benefits for newcomers “to reduce the attractiveness” of the territory.
But he also declared he was “not Father Christmas” accusing previous governments of making “too many unkept promises.”
In 2009, the then right-wing government agreed to a system of salary top-ups to offset high living costs in Guadeloupe and Martinique which were ground to a standstill by month-long general strikes.
The people of Mayotte insist they are not looking for handouts.
“The Mahorais (Mayotte residents) fought to be French and to be free,” Hachim, the protest leader told Le Monde.
“We are not beggars,” he said.
For Claude-Valentin Marie, a sociologist at the French Institute for Demographic Studies, they just want what those on the mainland take for granted.
“They want to be like other French departments in terms of education, economic activity, health and security,” he told AFP. “They no longer want to be the exception.”