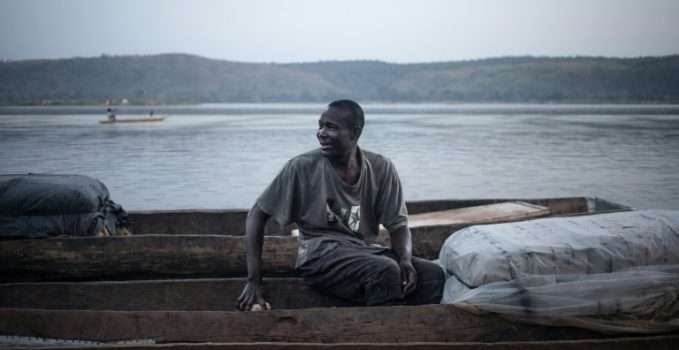 On the Ubangi River (Centrafrique) (AFP) 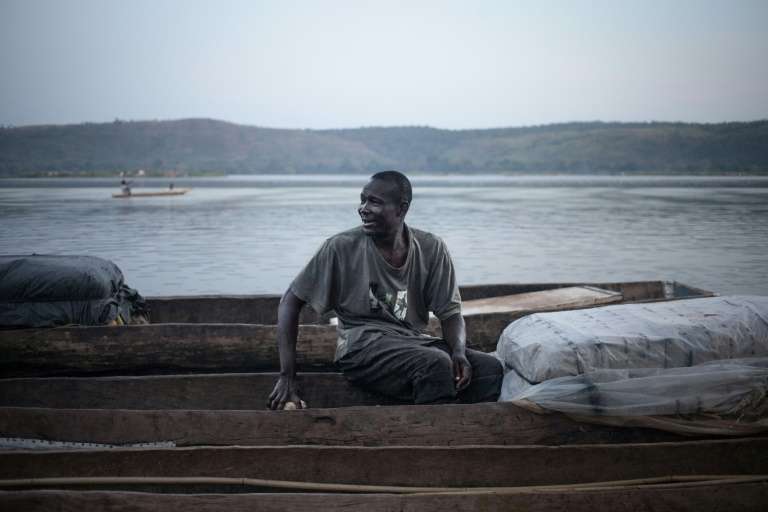 A man sits in a canoe moored for market day at Longo island on the broad river, which forms the border with Democratic Republic of Congo 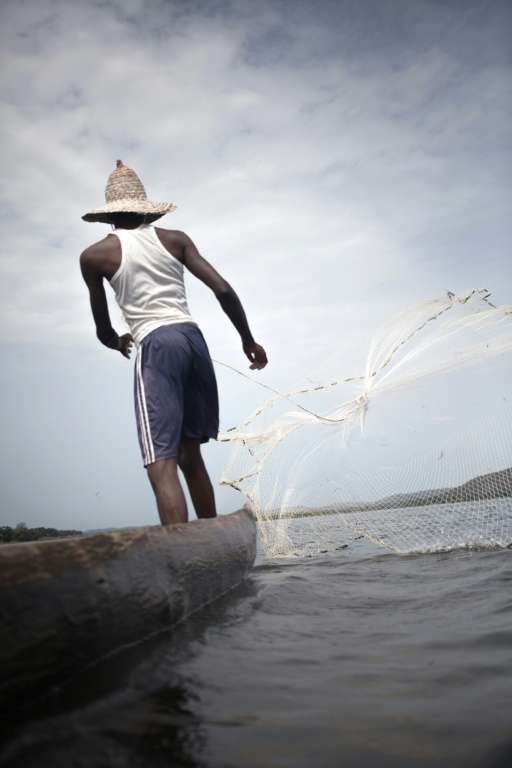 Armed gangs in the troubled Central African Republic have routinely taxed cargo boats on the southern Ubangi River since 2014, causing food price hikes that hit the poor hard.
“All you need is a weapon, you install a toll post on the river,” one boatman says. “Then goods become too costly and some people have given up trading because of that.”
Armed groups that emerged when the CAR plunged into crisis after a 2013 coup started late the following year to put up small riverside huts to house militiamen with orders to tax river traffic.
On the 600 kilometres (375 miles) of the river (also known as the Oubangui) between the capital Bangui and the town of Mobaye to the east, only one of the many “toll posts” is policed by regular paramilitary gendarmes.
The others are controlled either by the Unity for Central Africa (UPC) movement, an offshoot of the mainly Muslim Seleka former rebel alliance behind the coup, or by “anti-Balaka” militias, which emerged largely in Christian communities to defend them against Seleka forces.
Along this stretch of river, the so-called “whalers” — flat-bottomed barges at least 10 metres (more than 30 feet) long — are forced to moor at about a dozen stops by armed men wanting their illegal fee, explains researcher Soleil-Parfait Kalessopo, who works for Belgium’s International Peace Information Service (IPIS).
The smaller pirogues — dugout canoes ubiquitous in central Africa — are expected to stop at 19 “toll posts” between Bangui and Bangassou, a town beyond Mobaye and more than 700 kilometres east of the capital, Kalessopo says.
Pirogue captains rarely make all 19 stops and usually navigate sections of the river, the researcher adds. “They only do parts of the trip, because otherwise they would have to pay too much.”
– Raking in the cash –
At each toll post, a pirogue must pay a charge of between 500 and 2,500 CFA francs (0.75 euros and 3.80 euros /$0.90 and $4.70) according to its size, along with specific rates for different cargoes, such as 500 CFA francs per bundle of wood, 100 per bag of cassava, 1,000 per sack of fish, etc.
Since the whalers can carry considerably more than the pirogues, the basic tax on the boat can reach up to 40,000 CFA francs, with the charges on specific goods imposed on top.
In all, the crews of these larger vessels pay about 200,000 CFA francs at every toll post when transporting a varied cargo, the IPIS estimated in a report dating from December, which analyses business practices at tolls in the CAR.
Transporting cattle is the most costly undertaking, the report says.
At toll posts controlled by the UPC, the charge is 10,000 CFA francs per head of cattle, which brings the movement an income of some 16,000 euros ($19,700) per week, according to the IPIS.
Anti-Balaka militiamen — like the security forces — charge a lower rate of between 2,000 and 5,000 CFA francs per head of cattle, several witnesses on the river told AFP, bearing out findings given by the Belgium-based institute.
– Tough impact on the poor –
The taxation means higher market prices, which makes buying and preparing food a Sisyphean struggle for many families in a country where the World Bank estimates that almost 80 percent of the population lives in dire poverty.
“This kind of illegal taxation makes the prices of merchandise go up,” a UN panel of experts reported in 2016.
“One fish costs 2,500 CFA francs here”, says a fisherman who works 980 kilometres from the capital, adding that in Bangui itself, that same fish would be sold for between 5,000 and 7,000 CFA francs, “according to the season.”
In November 2015 and in March 2016, river transport owners called a temporary halt to all traffic to protest against the illegal tolls. The movement led to food shortages in the capital.
Worse, the men manning the toll posts sometimes turn to violence when boats come through. “If they don’t stop, it’s a way of accepting death,” says the chief of a village on the bank of the river.
“There are also rapes of women at the posts held by the anti-Balakas,” he adds.
One river user says the violence has diminished. “The anti-Balakas have calmed down since ‘General’ Andjilo was convicted,” he told AFP, referring to a militia chief who was sentenced to forced labour for life in January.
Andjilo, whose given name is Rodrigue Ngaibona, was convicted by a Bangui court of a range of crimes including murder, armed robbery, kidnapping, criminal association and illegally possessing weapons of war.
At the Zawara halt, more than 100 kilometres east of the capital, the militia guard watching over the exchange of cash held an AK-47 assault rifle.
The chief of the toll post told AFP that his group never taxed pirogues. “We’re here simply to ensure the safety of the population,” he said.
The tense expressions of the boatmen obliged to moor at the post seemed to tell a different story.