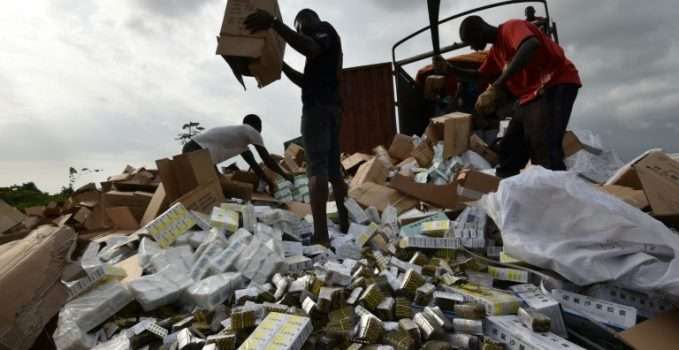 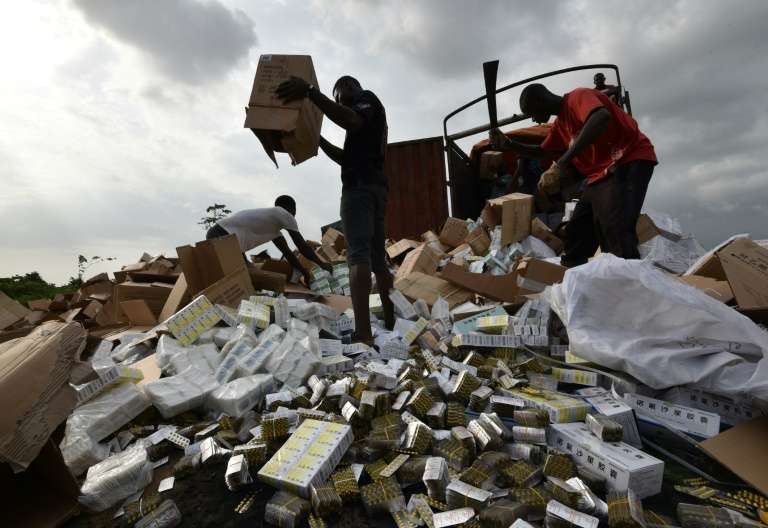 A court in Benin on Tuesday jailed seven local pharmaceutical executives for four years on charges of selling illicit medicines after a trial that breaks new ground in West Africa’s campaign against fake drugs.
The seven were convicted of “the sale of falsified medicines, display, possession with a view to selling, commercialisation or sale of falsified medical substances.”
They work for wholesale pharmaceutical distribution companies, five of which — GAPOB, Ubipharm, CAME, Ubephar and Promo Pharma — dominate the sector in Benin.
They were also fined 100 million CFA francs ($190,000, 150,000 euros), a lawyer for civil plaintiffs told AFP after the trial, describing the sum as “token.”
Two other defendants were given six-month terms. They were aides to an opposition MP, Atao Hinnouho, who has fled.
A 10th defendant, the head of the Directorate for Pharmacies, Medications and Diagnostic Evaluation (DPMED) under the control of the ministry of health, was released. He had been accused of failing to prevent the drugs from being sold.
Benin is fighting against its reputation for being the crossroads for trafficking in expired and counterfeit drugs in West Africa — a business that has deeply alarmed health watchdogs.
President Patrice Talon, elected in 2016, has vowed to crack down on the practice.
Over the past year, dozens of people have been arrested and tonnes of fake medications seized.
A 15-nation regional body, the Economic Community of West African States (ECOWAS), has also announced an investigation into the business.
Fake medicines are drugs that are bogus or below regulatory standards but often are outwardly indistinguishable from the genuine product.
Taking them may do nothing to tackle an illness or — in the case of antibiotics — worsen the problem of microbial resistance.
In 2015, the American Society of Tropical Medicine and Hygiene estimated that 122,000 children under five died due to taking poor-quality antimalarial drugs in sub-Saharan Africa.