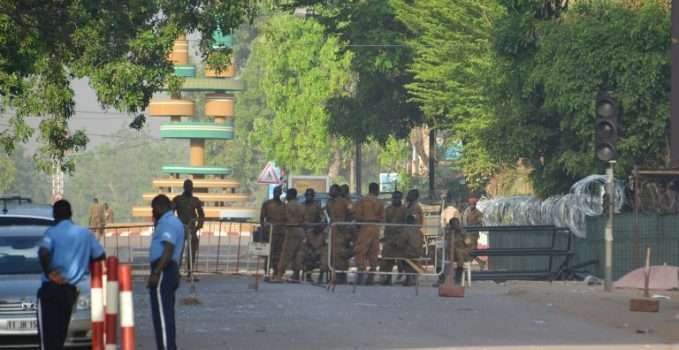 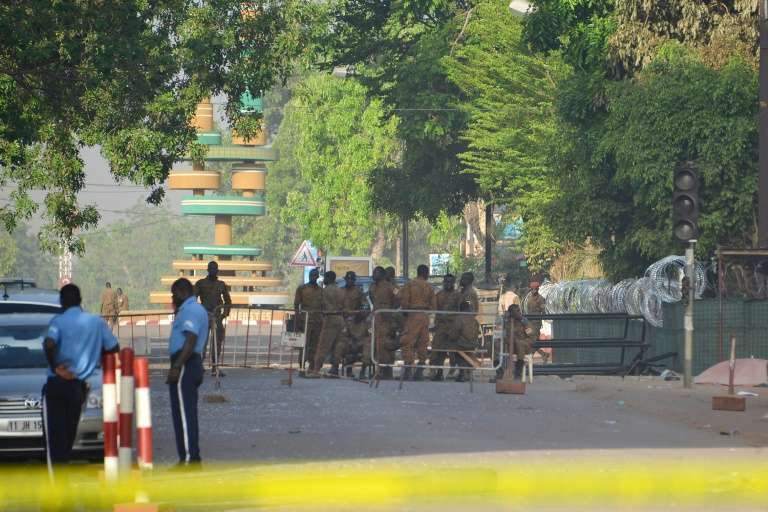 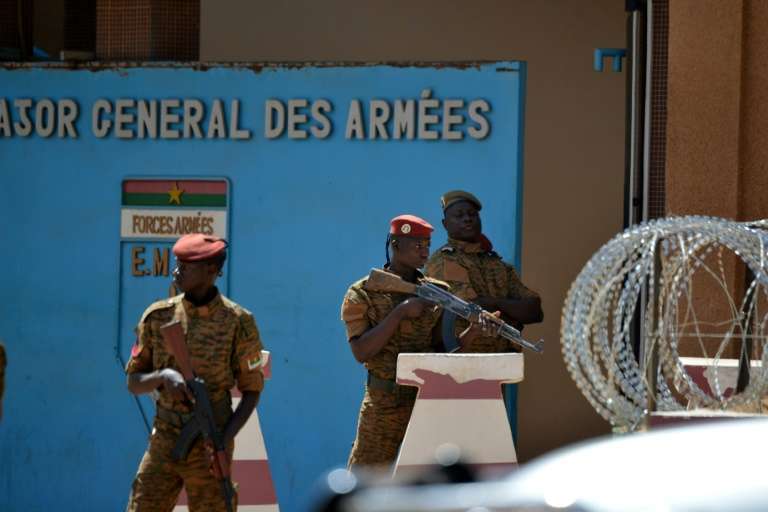 A suspected key figure in the deadly Burkina Faso attacks has been arrested, a government source said Sunday, adding that there were suspicions of complicity by the army.
Saying the suspect could be “one of the brains” behind the attacks, the source told AFP there were “very strong suspicions” that “army infiltrators” had passed information to the assailants for the coordinated attacks in the capital Ouagadougou Friday claimed by GSIM, a jihadist group allied to al-Qaeda.
The arrested suspect’s nationality was not revealed. A second man was also arrested and questioned, but is of lesser interest to investigators, the source said.
Sunday saw further unrest when one person was shot dead after three people attempted to storm a roadblock in the early hours near the presidential compound.
Two of the trio managed to flee the scene but the third was arrested and gunned down after attempting to seize the weapon of a guard, according to government and security sources.
Friday’s twin attacks on the French embassy and the country’s military HQ in the capital saw seven soldiers killed, which was a new toll after eight had previously been declared dead.
The source added that nine assailants were killed, one more than previously reported. At least 80 people were injured.
Some of the assailants may have managed to flee the attack on the military HQ, a government source said.
– Inside job?-
The attackers “had knowledge of the current habits and practices inside the (army) headquarters,” another governmental source said Saturday, which is how they managed to access the service entrance.
The assailants were also wearing army uniforms, another sign of possible help from inside.
Investigators are considering whether the attack on the well-protected French embassy was merely a diversion.
That attack resulted in the death of four jihadists who were unable to enter the diplomatic compound, the source said.
A group of French investigators arrived in Ouagadougou on Saturday to help the Burkinabe authorities.
The government has said the attack on the military HQ was a suicide car bombing and that a regional anti-terrorism meeting may have been the intended target.
That meeting had been moved to a different room, otherwise the death toll could have been far higher.
Visiting the HQ on Saturday, Prime Minister Paul Kaba Thieba said he saw “apocalyptic scenes” and condemned “with the utmost severity this terrorist attack, cowardly, which attacks our country, once again, which sows death, unnecessary destruction”.
GSIM, which has admitted responsibility for previous attacks in the troubled Sahel region, claimed to have carried out the twin attacks, in a message cited by Mauritania’s Al-Akhbar news agency.
The group said the Ouagadoudou attacks were a response to the deaths of some of its leaders “in a French army raid in northern Mali two weeks ago,” the agency reported.
According to French military sources, some 20 jihadists were “killed or captured” on that occasion.
Burkina Faso has been the target of jihadist attacks since 2015, but they had never previously been carried out with this level of organisation.
“I hope it stops.” said Bouri Sawadogo, a local student, “because with the frequency that this is happening we’re all scared”.