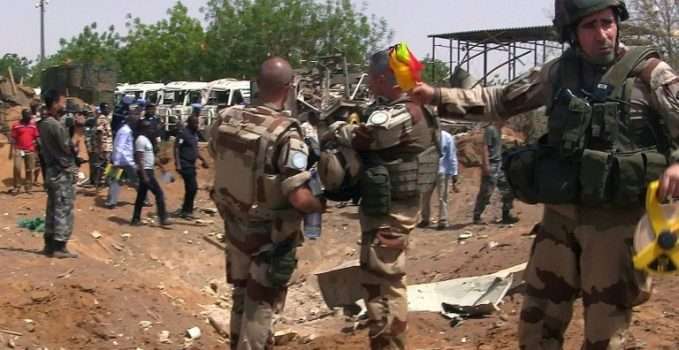 Canada to deploy troops, helicopters to help UN in Mali 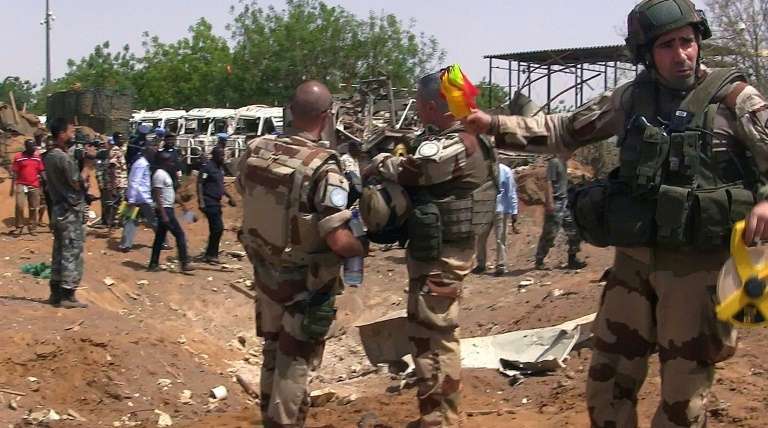 Canada will deploy an infantry unit and military trainers along with attack and transport helicopters to Mali for 12 months in support of an ongoing UN peacekeeping mission, the government announced Monday.
“The task force will include two Chinook helicopters to provide much-needed transport and logistics capability, as well as four armed Griffin helicopters for armed escort and protection,” Defense Minister Harjit Sajjan told a news conference.
A date for Canada’s first military deployment in Africa since its troubled missions to Rwanda and Somalia in the 1990s and the exact number of troops that will be sent have yet to be decided, he added.
The pledge comes after Ottawa said last November it would send a Hercules aircraft to the UN regional support center in Entebbe, Uganda, which backs UN operations throughout Africa, as well as make available to the UN a rapid response force of 200 soldiers — marking Canada’s recommitment to multilateralism.
Foreign Minister Chrystia Freeland said the unit heading to Mali would include women soldiers to meet a demand for gender perspectives in securing peace and security in hotspots.
“One of our priorities is to increase women’s participation in peacekeeping,” she said.
Women currently account for only 3.7 percent of military peacekeepers and 9.5 percent of police peacekeepers. The UN is seeking to double the number of women in peacekeeping roles by 2020.
Mali is one of the most dangerous UN missions, with more than 150 peacekeepers killed since 2013. Once a beacon of democracy and stability in Africa the country has been underminded by a coup, civil war and terrorism.
Two senior Canadian diplomats were also kidnapped and held hostage in northern Mali in 2009.
– Outbreaks of violence –
Islamic extremists linked to Al-Qaeda took control of Mali’s desert north in early 2012, but were largely driven out in a French-led military operation launched in January 2013.
In June 2015, Mali’s government signed a peace agreement with some armed groups, but the jihadists remain active, and large tracts of the country are lawless.
In recent months, jihadists have ramped up their activities in central Mali, targeting domestic and foreign forces in outbreaks of violence once confined to the country’s north.
Four United Nations peacekeepers were killed and four wounded in late February when a mine exploded under their vehicle in central Mali.
In response, Mali, Chad, Burkina Faso, Niger and Mauritania formed the so-called G5 Sahel force to re-establish control in lawless frontier regions in the Sahel, south of the Sahara, where terror groups have been able to flourish. Its numbers are expected to swell to 5,000 in the coming months.
The Mali peacekeeping mission, known by the acronym MINUSMA, currently has 12,000 military personnel and 1,900 police.
They have been deployed in Mali since 2013 to counter the jihadist insurgency and general lawlessness.
The Canadians, according to Sajjan, will conduct reconnaissance, facilitate medical evacuations for the 57 UN partner nations already on the ground in Mali, and help plan missions in the country.
Military helicopters are being deployed because they are less vulnerable to attack.
“We are very aware of the complexities and the difficulties of the situation in Mali. Indeed, it is the complexity and the difficulty of the situation there which requires a UN peacekeeping force,” Freeland said.
“Canada has capabilities that other countries do not have, and that is why we can really make a difference in this region,” she added.
Canada currently has only 25 soldiers tasked to UN missions and had faced pressure to commit troops to Mali, where there is a desperate need for French-speaking peacekeepers.
Canada is the third largest development aid donor to Mali, after France and the United States, with about Can$100 million sent to the country each year.
Canadian mining firms have also invested more than Can$1 billion in the country.