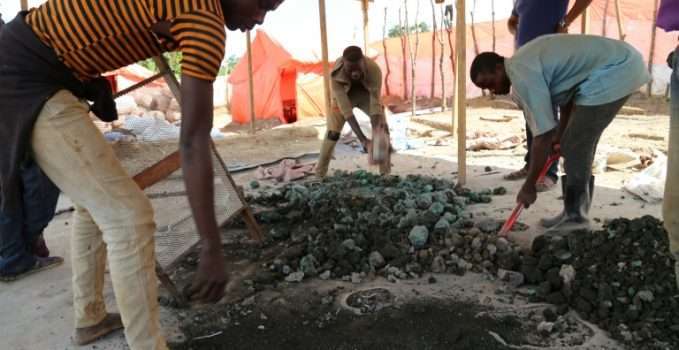 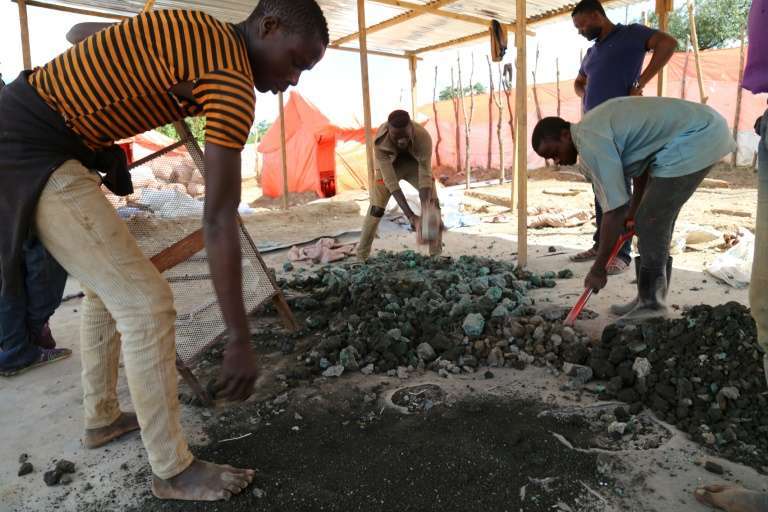 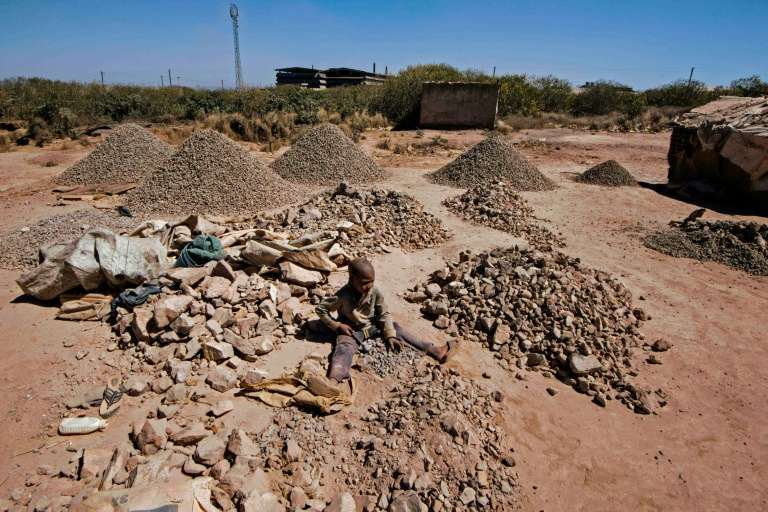 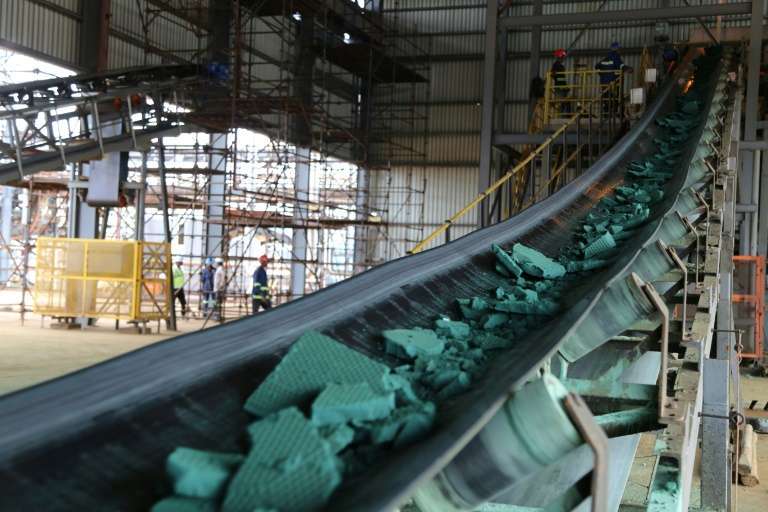 In early 2014, according to local folklore, a man digging a septic tank or a well in his garden in Kasulo came across rocks with a distinctive grey-green sheen: cobalt.
From then on — rather like the find at Sutter’s Mill in 1848 that sparked the California Gold Rush — life for local people was never quite the same again.
Demand for cobalt — vital for batteries powering products from iPhones to Tesla electric cars — is soaring, with world prices tripling in four years.
Miners have moved in wherever a fat seam of the metal can be ripped from the Earth’s grasp, especially in the Democratic Republic of Congo, which last year produced two-thirds of the world’s cobalt.
In Kasulo, a district of Kolwezi in the heart of the country’s mining belt, the impact was seismic.
People rushed to get their share of the boom, wielding picks and shovels to extract the precious ore, which was then sold to middlemen at so-called buying houses.
Known by the French word “creuseurs,” amateur prospectors work in dangerous conditions, often in a miasma of toxic dust, Amnesty International said in a report on DR Congo’s cobalt industry in 2016.
In April 2017, the governor of Lualaba province, former interior minister Richard Muyej, banned artisanal extraction in Kasulo, saying he want to “clean up the process of small-scale production.”
At the same time, plans were moving ahead for Kasulo’s cobalt treasure to be exploited by an industrial giant.
In August, a “provincial committee for relocation” was set up.
Its task was to oversee the signing of “irrevocable acts of compensation” by around 600 people, whose homes would be knocked down to make way for a Chinese company, Congo Dongfang International Mining (CDM).
– Complaints –
Today, grievances about the relocation process are many, according to a member of a local watchdog group called Synergie, which has raised questions about the transparency of the CDM deal.
Complaints focus on alleged railroading of compensation offers, under-valued property and promises about being relocated from Kasulo to Samunkida that were poorly kept.
In one such “act” seen by AFP, a home owner was given just 10 days to demolish his house.
Compensation for each family ranged “between 1,500 and 10,000 dollars (1,200 to 8,200 euros)”, a Synergie member said.
For the authorities, the fuss is exaggerated.
“The Kasulo relocation was a success,” said Ikos Rukal, a spokesman for the provincial government.
“Let those who are not happy come back to the ministry of mines and we will find answers for them,” he said.
The effect of the cobalt rush is being felt in other areas in Kolwezi, in the Bel-Air district, where Ruashi Mining has also concluded “irrevocable acts of compensation” with residents.
In the so-called Gecamines district, the architecture would be familiar to anyone who has seen the streets of former mining communities in northern Europe. The homes comprise small stone houses, built decades ago for executives of the state mining company Gecamines.
Today, this is another community that faces being ripped apart as mines and quarries operated by another Chinese firm called Commus plan to expand.
Former Gecamines employee Robert Mombwe has lived in the same house for 30 years.
But he says he is ready to leave — if the deal is right.
“If you have a four-room house, they have to build you a six-room house,” he adds.
Others have decided to sell their house for sums of up to 40,000 dollars so that the machines can move in.