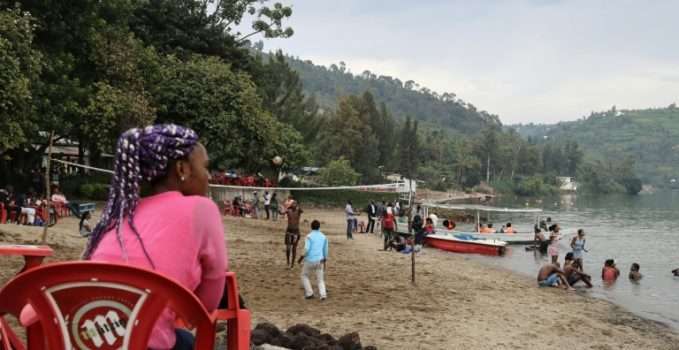 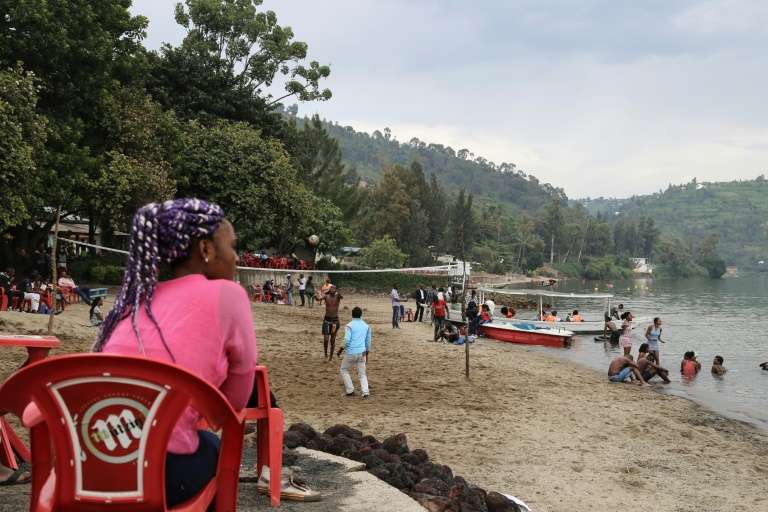 A small but remarkable new migration is taking place in eastern Democratic Republic of Congo, as well-heeled Congolese up sticks to live in Rwandan towns lying just across the border.
Gisenyi and Kamembe, on the northern and southern tips of Lake Kivu respectively, are seen as more stable, more secure and with a better standard of living than their sprawling, troubled Congolese neighbours, the cities of Goma and Bukavu.
“In 2013 I received threats in Goma. I was evacuated to Gisenyi. I went back to Goma a year later. I was still worried for my safety. Three friends in my district were killed,” said Jacques Kahora, a humanitarian worker who settled permanently in Gisenyi in 2016.
Adrien, a 28-year-old employee with an NGO, has been renting a house in Gisenyi for 80 dollars (65 euros) a month for almost a year, roughly half of what he would pay in his home town of Goma.
Each day he nips back across the border to Goma, a matter of a few kilometres (miles), to work and see family and friends.
“I mainly do it for access to certain basic things, like water and electricity. In Gisenyi, there are hardly any power cuts, but in Goma they happen daily — sometimes you can go a whole week without electricity,” said Adrien.
Rwanda also offers a high-performance wifi service, which is used by residents of Goma and Bukavu whenever Congolese authorities cut internet access as part of a crackdown on anti-government protests.
Like Adrien, most of the Congolese nationals still work in Goma or Bukavu and only spend the night in Rwanda. “Here all we bring is sleep,” says Leston Kambale, 38, who moved to Gisenyi eight years ago and has put his three children into Rwandan schools.
“As an IT specialist, I needed electricity 24 hours a day. And there’s also the question of safety. Here in Gisenyi, you can walk around from dusk to dawn without a problem,” he added.
To cross the border, Congolese must present their passport or special authorisation issued by the Economic Community of the Great Lakes Countries (ECGLC) at the two brand-new customs posts on both sides of the border.
People returning at night have to watch the time, as the Congolese border post closes at 10 pm.
To live in Rwanda, the Congolese must pay 20,000 Rwandan francs (about $23) to obtain a two-year residence permit — more than a week’s average pay in this part of the world, but a modest sum for middle-class Congolese.
– ‘1,000 hills, 1,000 holes’ –
How many Congolese live part-time or permanently in Rwanda is unclear. But anecdotal evidence — the numbers of people looking for homes or building plots, and rising prices driven by the demand — suggests the movement is gaining momentum.
On Sundays, young people from Goma, which lies on the northern tip of Lake Kivu, cross the border to enjoy a day of relaxation on the Tam-Tam beach, a popular well-tended spot on the shore.
“In Goma, there are only private properties on the lakeside. Here in Gisenyi, we can still go for a swim,” says Guilain Balume, a journalist met between the paddle boats and the volleyball pitch.
At the southern end of the lake, Congolese people are leaving overpopulated Bukavu, where houses with steep roofs are clustered together on rising hillsides. They head for Kamembe, close to Cyangugu on the frontier.
“More than 900 families have left Bukavu to live in Kamembe,” said Patient Bashombe, a lawyer in charge of the coordination bureau for civil society in DR Congo’s South Kivu province.
“Rwanda is the ‘Land of a Thousand Hills’ and we live in the Land of a Thousand Potholes,” a Congolese driver, Jean, said drily as he contemplated a cratered local road.
At the Goma-Gisenyi border post, an aged Congolese man was returning “back home” to Rwanda after a Sunday spent with the family in Goma.
Referring to Rwandan military involvement during the Second Congo War, which officially ended in 2003, the man quipped, “The Rwandans conquered us by force of arms. Today we are conquering them economically.”