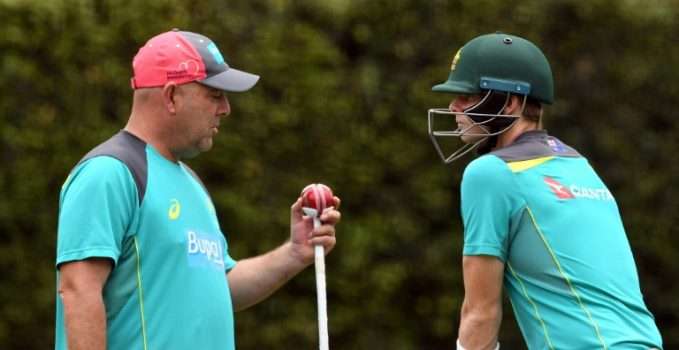 Distraught Smith breaks down as he accepts blame for cheat scandal 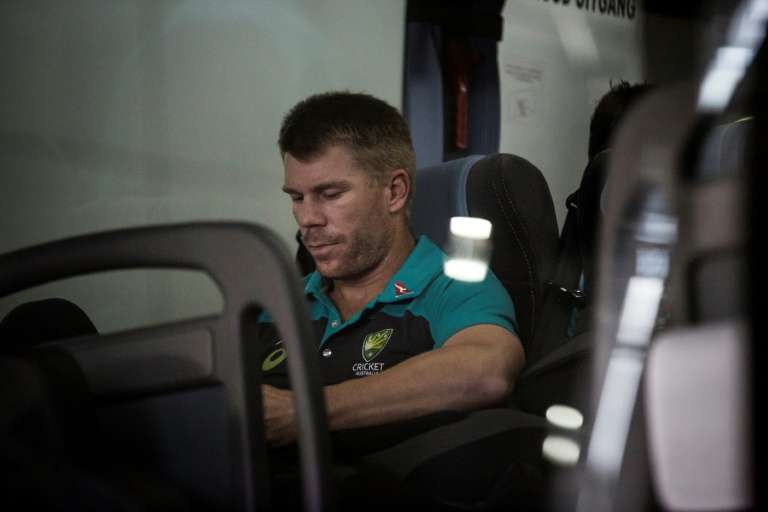 Cricketer Steve Smith (L) is comforted by his father Peter as he reacts at a press conference at the airport in Sydney on March 29, 2018, after returning from South Africa. Distraught Australian cricketer Steve Smith on March 29 accepted full responsibility for a ball-tampering scandal that has shaken the sport, saying he was devastated by his “big mistake”.

Distraught former Australian cricket captain Steve Smith accepted full responsibility Thursday for a ball-tampering scandal that has shaken the sport, breaking down in tears while denying it had ever happened before.
Cricket Australia have banned Smith and David Warner from all international and domestic cricket for a year while opening batsman Cameron Bancroft was exiled for nine months over attempted cheating during the third Test in South Africa
Smith, a golden boy compared to Donald Bradman for his batting exploits, was a broken man at an emotional press conference on his arrival back in Sydney from Johannesburg.
“I take full responsibility, I made a serious error of judgement and I understand the consequences. It was a failure of leadership,” he said, choking back tears as he was comforted by his father Peter.
“I know I will regret this for the rest of my life. I am absolutely gutted. Cricket is my life and hope it can be again. I’m sorry. I’m absolutely devastated.”
Smith’s fall from grace has been dramatic, and fast.
He was jeered as he made his way through Johannesburg airport on Wednesday surrounded by police and media with concerns over his mental state in the current rabid climate and coach Darren Lehmann calling for all three men to be “given a second chance”.
Former great Shane Warne, no stranger himself to controversy, offered the trio an olive branch despite days of a harsh and judgemental Australian public baying for blood.
“What the public wants to see is change. They want to see you be a better person,” he wrote in a column for the Sydney Daily Telegraph. “They’ll support you if they see that, and they’ll forgive you.”
– ‘Warner: ‘Stain on the game’ –
Warner, a divisive figure who was charged with developing the plot and instructing Bancroft to carry it out, also broke his silence to say sorry and admit his actions had been “a stain on the game”.
“Mistakes have been made which have damaged cricket,” he told his 1.6 million Instagram followers as he made his way back to Sydney.
“I apologise for my part and take responsibility for it.
“It’s a stain on the game we all love and I have loved since I was a boy,” he added.
In handing out their tough punishment, cricket chiefs bowed to uproar at home where sportsmen and women are held in high esteem and expected to act in the best interests of the game.
Authorities also needed to act decisively to counter mounting concern from sponsors over reputational damage.
CA’s response wasn’t enough to save an estimated Aus$20 million (US$15 million) partnership with naming rights sponsor Magellan which tore up its three-year contract Thursday after barely seven months.
The financial cost for the players is also growing with sporting goods company ASICS ending its relationship with Warner and Bancroft. Electronics giant LG axed Warner on Wednesday, while Weet-Bix and Commonwealth Bank dumped Smith.
Other team sponsors, including Qantas, have voiced their deep disappointment over the scandal but so far have taken no action.
– Bancroft: ‘I ask forgiveness’ –
An emotional Bancroft said he was ashamed of himself when he arrived back in Perth.
“All I can do in the short term is ask for forgiveness,” he said, while denying he had ever tampered with a ball before, in comments echoed by Smith.
“I have made a big mistake for allowing this to happen,” said Smith.
“This is the first time I have seen this happen and it will never be happening again.”
Smith — the world’s number one Test batsman — was charged with knowledge of the potential ball-altering plan, while Warner was charged with developing the plot and instructing Bancroft to carry it out.
CA said Bancroft, who has played just eight Tests, had illegally attempted to “artificially alter the condition of the ball using sandpaper”.
It added that Smith had continued to try to cover up the cheating plot by issuing “misleading public comments regarding the nature, extent and participants of the plan”.
In a further blow, it ruled Smith and Bancroft would not be considered for team leadership positions until a minimum of 12 months after the end of their suspensions, and Warner will never lead again.
While they are banned from top-level cricket, they can still play at club level in Australia or in other countries.
Lehmann remains in charge because Cricket Australia said he was unaware of what was going on.
Wicketkeeper Tim Paine will take over the Australian captaincy for the fourth and final Test starting in Johannesburg on Friday, with Matt Renshaw, Glenn Maxwell and Joe Burns drafted in as replacements.