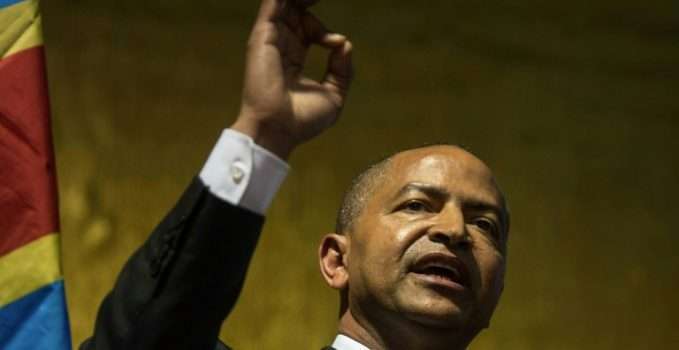 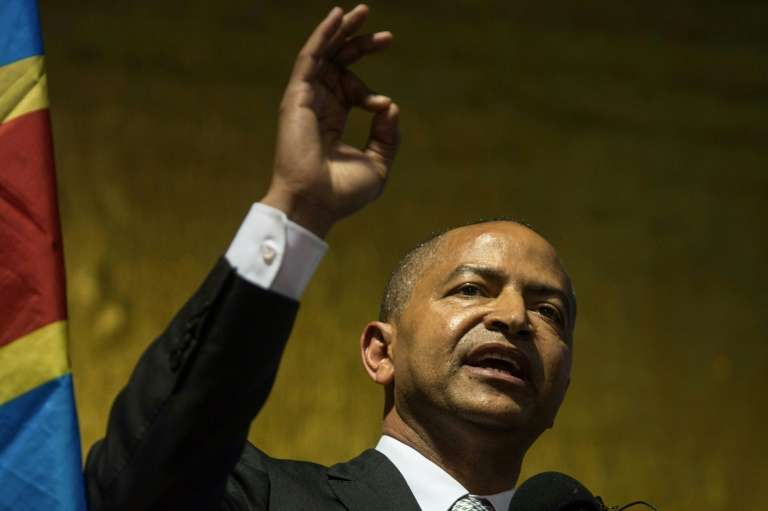 Authorities in the Democratic Republic of Congo (DRC) say they are investigating an exiled opposition leader who has vowed to stand in December’s presidential elections.
The announcement late Tuesday coincided with a demand by the UN Security Council that the elections — viewed as crucial for the stability of the troubled central African state — be staged with “credibility and inclusivity.”
Public Prosecutor Flory Kabange Numbune told reporters the authorities had opened a judicial investigation into Moise Katumbi “so that he can answer for his deeds at the appropriate moment.”
The inquiry focuses on “appropriation of nationality,” he said, alleging that Katumbi held Italian nationality in breach of DRC laws that forbid dual citizenship.
Katumbi will also face trial in a case of alleged recruitment of mercenaries, including a former US soldier, to destabilise the government, he added.
Katumbi, a wealthy businessman and former governor of Katanga province who is president of the major football club TP Mazembe, claims to have unrivalled popularity across the country.
On March 12, at a meeting in the South African city of Johannesburg, he launched his campaign for the presidency and unveiled a new party, “Together for Change.”
He already faces an outstanding sentence of three years imprisonment over a property deal and has spent two years in exile in Belgium as a result.
Katumbi, 53, declared he would go back to his native country by June. Congolese authorities have vowed to arrest him if he returns.
– ‘False documents’ –
Tuesday’s announcement came after the magazine Jeune Afrique last week said Katumbi had held Italian nationality between 2000 and 2017, according to the civil registry of San Vito dei Normanni, a small town in southern Italy.
“How can an individual who knows he has Italian nationality be able to show up at our offices to acquire a passport, an identity card?” the prosecutor asked.
“All the time he was head of the province (of Katanga) he relied on false certificates, false documents.”
Katumbi’s spokesman, Olivier Kamitatu, reached by phone by AFP said Katumbi was a “victim of harassment” and would “show where he comes from.”
Vast, mineral-rich and mired in poverty, the DRC has been chronically unstable since it gained independence from Belgium in 1960.
Mounting tension over the future of its president, Joseph Kabila, has prompted fears that it could spiral into war.
Kabila, 46, in power since the assassination of his father in 2001, refused to leave office when his term expired in December 2016.
The elections were postponed until 2017, and then postponed again. Protests have met with a crackdown that has claimed dozens of lives.
On Wednesday, the UN Security Council, increasing the pressure on Kabila’s government, unanimously adopted a resolution to renew the mandate of the UN peacekeeping mission in the DRC until March 2019.
The motion stresses the need to protect civilians as the country heads to the polls.
The resolution “underscores the need to do everything possible to ensure” that the elections “are organized with the requisite conditions of transparency, credibility and inclusivity and security.”