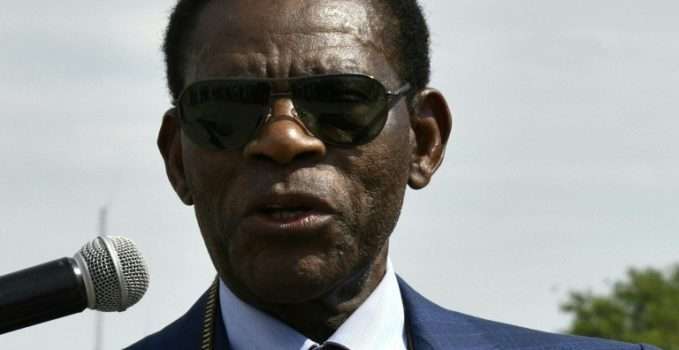 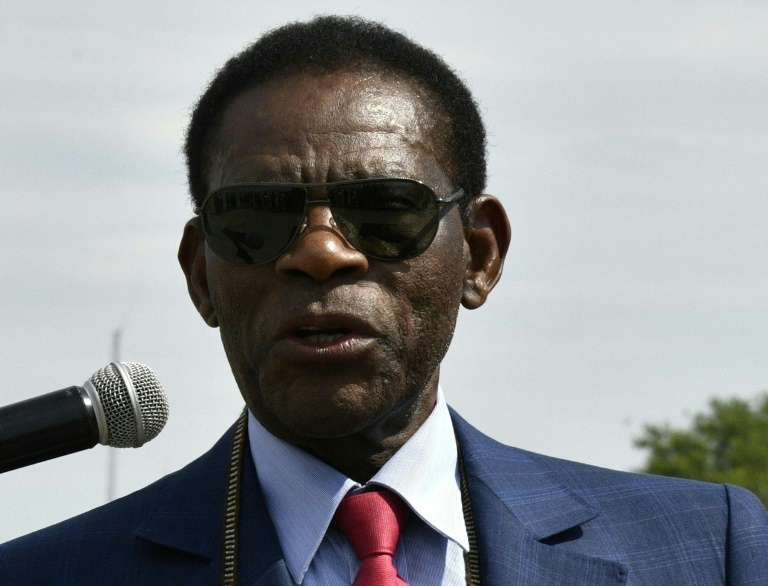 President Teodoro Obiang Nguema, who seized power in the oil-rich former Spanish colony in 1979, rejected the claim that a detainee was tortured to death, saying he had been ill

Equatorial Guinea carried out a wave of arrests and torture after an attempted coup last December, activists say.
Several members of the opposition Citizens for Innovation (CI) party among 38 who were held at the main police station in the capital Malabo — which they dubbed “Guantanamo” — told AFP of alleged abuse during their detention from December 28 to January 3.
“We were tortured for a week,” said party activist Ernesto Obama Ondo, 42. “I received 150 lashes every day,” he said in Malabo. “My buttocks were in shreds.”
Mireille Buila Euka, 24, also recounted being lashed, with her hands and feet bound. “I was whipped 100 times the first night,” she said.
The party has said that during their trial for “rebellion” in February, around 30 of the 147 defendants could not even stand up because of the alleged torture they endured at “Guantanamo”.
Many were rounded up following a failed December 24 coup in the tiny West African state, it has said.
The authorities say the attempted overthrow was planned internally and carried out by foreign agents — about 30 foreign armed men were arrested just inside neighbouring Cameroon.
A small state of 1.2 million people, awash with oil but mired in poverty and a reputation for corruption, Equatorial Guinea has been ruled with an iron fist by Teodoro Obiang Nguema since 1979.
He seized power by ousting his own uncle, first post-independence president Francisco Macias Nguema, who was shot by firing squad.
Obiang has since seen off at least half a dozen assassination or coup attempts. He won a fifth seven-year term in 2016 with nearly 94 percent of votes.
Some CI activists had been arrested before the attempted coup after trying to stage a rally in Aconibe, the birthplace of party leader Gabriel Nse Obiang Obono, ahead of legislative elections last November.
Clashes with police left three officers injured, with assailants seizing their service weapons from them, according to court documents.
– ‘Who was tortured?’ –
Equatorial Guinea’s ambassador to France, Miguel Oyono Ndong Mifumu, dismissed the allegations of torture in an interview in Paris with AFP.
“Who was tortured?” he asked. “Torture is a word that’s used when you want to tarnish someone’s image.
“The (activists) weren’t arrested because they were members of a political party (but) for sedition, disorderly conduct, defying authority and serious injuries” during the November clashes, he said.
Likening CI activists to “paramilitaries”, Ndong Mifumu said around 200 people “beat up” police officers.
The 147 activists tried in late February faced the death penalty over the events in Aconibe.
The court ordered the party dissolved and sentenced 21 members including the CI’s sole MP, Jesus Mitogo, to more than 30 years in jail, according to the party.
Obama Ondo said he and others were hospitalised with injuries suffered during their detention, an assertion confirmed to AFP by staff at Malabo’s La Paz hospital.
It was at the hospital that Susana Esono, who is around 30, said she was nearly killed.
She was admitted with a broken arm and rib she said resulted from being beaten with an iron bar during her arrest on December 28.
“After two days at the La Paz hospital, a man… gave me an injection and I fainted,” she said, adding that while still on a drip, she was taken to “Guantanamo” where the IV was removed.
– Dead detainee ‘had been ill’ –
The CI says another opposition activist, Santiago Ebee Ela, 41, was killed while in detention in mid-January.
Obiang has rejected the claim, saying Ela had been ill but promising an investigation into the death.
Lawyer Fabian Nsue and human rights watchdog Amnesty International said no such probe has begun.
Nsue said the victims were planning legal action but held out little hope for justice, telling AFP that the government aimed to “have done with CI”.
Human Rights Watch (HRW) wants the United Nations to open an investigation, Sarah Saadoun, a researcher for the New York-based rights group, told AFP by email.
Amnesty researcher Marta Colmer said that since the November elections, “we have seen an increase in the number of reports of torture of members of the opposition.”
The authorities’ “unwillingness to collaborate makes it difficult for international organisations to verify human rights violations in the country,” she added.
burs-cc/gd/ri/ceb