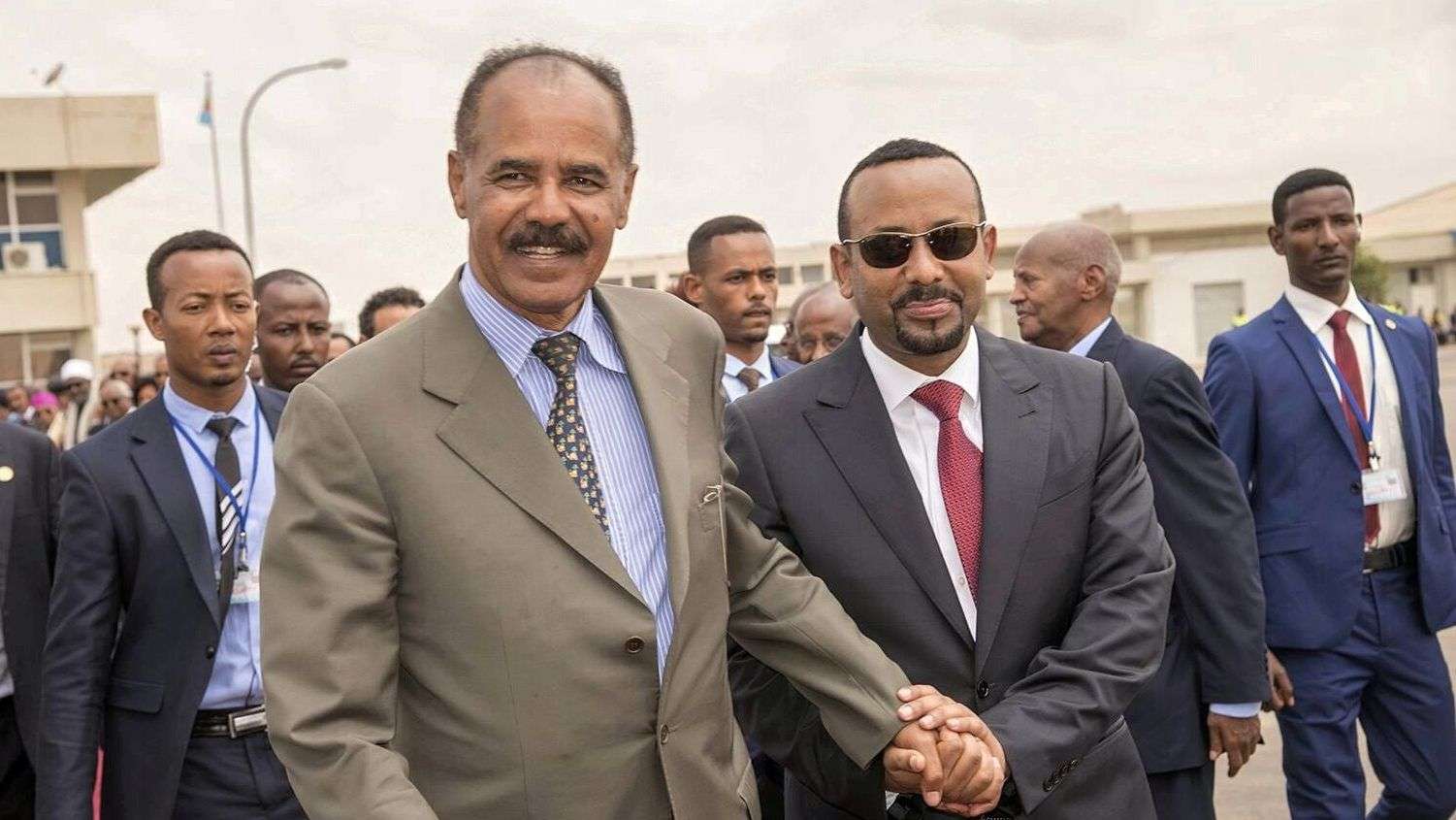 We receive and publish an article published on the website of the Eritrean Ministry of Information, shabait.com

If one randomly browses the mainstream corporate media these days, the probability of coming across various news reports that portray the Eritrean Defense Forces (EDF) in the most deprecating and acrimonious light is inordinately high. Unfortunately, sloppy news reporting and analysis of this magnitude or gravity is not confined to unscrupulous tabloids that routinely scavenge for sensationalized scoops for quick bucks.  In the particular case of the EDF, other media outlets are these days guilty of, and embroiled in, the same offense.

As it happens, Eritrean and Ethiopian soldiers are depicted, in these awful accounts, as “marauding hordes that kill and rape civilians indiscriminately at will, with no moral pangs or accountability”.

Some of the offensive articles go further to insinuate that the alleged horrendous crimes are, in fact, perpetrated with “express policy directives” from higher echelons in the army.

The British daily newspaper, the Daily Telegraph, for instance recounts, in its article of published 27 March, about horrid “gang rapes” unheard of in our region.  The obscure journalists – a certain Lucy Kassa and Anna Pujol-Mazzini – gullibly quote “victims/witnesses” who claim that the revolting acts were committed by Eritrean soldiers wickedly and willfully so as “to infect victims with HIV”.

How the Daily Telegraph can publish mendacious and evidently planted “testimonies” without minimal verification of claims is appalling and inexcusable. (Sadly a similar version also appeared in the New York Times.)

Water does not, naturally, flow upwards.  In this respect, Eritrean soldiers cannot be on “a mission” – ghastly as it is – to spread HIV infections through unbridled sexual interactions with “their victims” in Tigray when the prevalence of this contagious disease – which is above 4% in Tigray – is literally 20 times higher than Eritrea’s regionally lowest rate of around 0.2%. (Eritrea’s stellar achievements in HIV control and prevention are the outcome of persistent public awareness campaigns targeted at the youth, with involvement of all stakeholders – including community and religious leaders – and access to, as well as encouragement of use of, condoms when absolutely necessary).

Other preposterous allegations peddled in the past weeks include “shoot-to-kill policy to exterminate the youth in Tigray” (at times it is for anyone above 7 years old; at other times the targets are youth above the age of 14). These narratives were essentially confined to two publications – an obscure online blog by Martin Plaut and the Brussels- based and EU-funded EEPA Update, by Mirjam V. Reisen. (It is worth noting that these individuals have regularly called for violence and regime change targeting Eritrea.)

We have focused on these anecdotal narratives to illustrate the scope and intensity of the gratuitous denigration campaign unleashed against the EDF.  More profound issues that merit scrutiny are why the campaign in the first place?  Is this a sheer manifestation of visceral western media bias against, and stereotypes of, military establishments in Africa?  Or are the concerted and hostile media campaigns tell-tale signs and a prelude of subversive and interventionist agendas that are on the horizon?  All these dimensions and facets of the affair must be monitored and dissected closely in order to decipher the ultimate game plan.

Let us now revert to our main theme: the origins, trajectory, moral ethos, Rules of Engagement, and track record of the EDF in the past 60 years since the launching of the armed struggle in 1961.  This is a vast chapter which cannot be captured in a brief article.  In the event and for reasons of brevity and space, we will focus on the main attributes and the defining features of the EDF.

Due to external exigencies rather than policy choices, Eritrea has been enveloped by prolonged wars – that have exacted huge sacrifices from its people – in the past 60 years. The armed struggle was launched in September 1961 when all peaceful diplomatic and political avenues – conducted in the preceding 20 years – to assert Eritrea’s inalienable national and decolonization rights were flagrantly trampled upon by the collusion of major powers who gave precedence to their global interests and a local collaborator that was more than ready to do their bidding.

The Eritrean People’s Liberation Front (EPLF) – the principal fighting force that enjoyed the overwhelming support of the Eritrean people – was a highly organized, efficient and effective movement that earned hard-won respect and accolades from prominent historians of the time.  Its capacity to withstand relentless onslaughts by sub-Saharan Africa’s largest army – which was equipped and supported by both the US and the USSR at different times – was testimony to its superior attributes that had few parallels among contemporary liberation movements.  In very broad terms, the EPLF was endowed with outstanding qualities, the prominent of which include:

To conclude, war is brutal and fraught with brutalizing those engaged in it. As such, it requires incessant maintenance to bolster the robust institutional moral compass nurtured in peace times.  It requires vision and foresight of tomorrow that is not eclipsed by, or succumbs to, the dark moments of military confrontation. And this has been Eritrea’s tradition throughout its dark moments.

In 1998, when the TPLF-dominated Ethiopian Parliament declared war on Eritrea, the GOE’s response was sober, measured and focused on de-escalation.  In his address to the public on Independence Day that year, amid the clouds of war and Ethiopia’s incessant saber-rattling, President Isaias’ words were: “Eritrea does not covet an inch of its neighbour’s territory; nor will it yield – under duress – an inch of its territory”.  So putative boundary disputes can and should only be resolved through legality.  In December 2000, during the signing of the Algiers Agreement, President Isaias’ words were equally forward looking and conciliatory. He stated; “we are not cursed but blessed to be neighbours”.

These words epitomize Eritrea’s enduring disposition to always look beyond the ugly moments of imposed war.  The EDF’s Rules of Engagement and track record are broadly governed by these precepts.