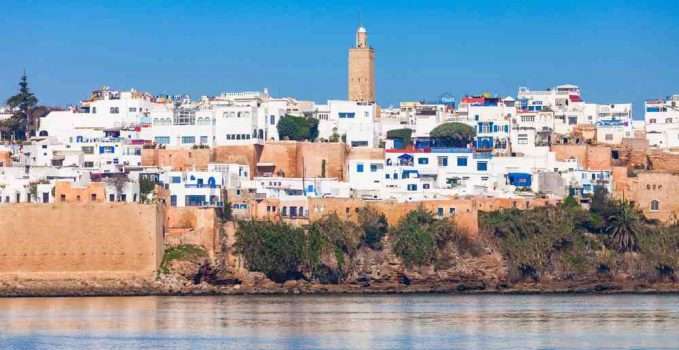 Rome and Rabat, November 5th, 2018 – The Moroccan utility ONEE (Office National de l’Electricité et de l’Eau Potable), the Moroccan Agency for Sustainable Energy (“MASEN”) and Midelt Wind Farm SA, a vehicle company owned by ONEE itself and by a consortium formed by Enel Green Power (“EGP”) and the Moroccan leading independent power producer Nareva, announced today that they have signed all financing agreements, also known as “financial close”, to start construction of the first of the wind farms included in the 850 MW Projet Éolien Intégré, which will be built in Midelt. The new wind farm, whose capacity amounts to 180 MW, is expected to be completed in 24 months. The 850 MW Projet Éolien Intégré was awarded to the consortium formed by EGP and Nareva, following an international tender.

“With this first, important step that we are taking today, Enel Green Power will support Morocco’s energy demand and help the country meet its objective to increase power generation from renewables, as announced in its Domestic Energy Strategy,” said Antonio Cammisecra (Photo), Global Head of Enel Green Power. “We are contributing our leading expertise and skills and we expect to consolidate our presence in the country through the construction and implementation of these projects.” “The 850 MW Projet Éolien Intégré is a project that will enable Morocco to make significant progress in meeting its energy strategy,” commented Saïd El Hadi, CEO of Nareva. “We are pleased to support the Government in achieving its goal of increasing the share of renewable energy to 52% of the country’s installed capacity by 2030. Our strong commitment to the development of this 850 MW wind programme, the first wind farm of which is expected to start construction this month, underscores our leadership in renewable development.”

A significant portion of key components of the wind farm, mainly the blades and towers, will be manufactured in Morocco with the support of Siemens Gamesa, the exclusive supplier of wind turbines for the project. Once the Midelt wind farm enters into service, the electricity produced will be sold to ONEE on the basis of a 20-year PPA. The Midelt facility is expected to produce the same amount of energy required to power a city like Agadir, with 500,000 inhabitants, as well as avoiding the annual emission of about 400,000 tonnes of CO2 into the atmosphere.
The total investment in the Midelt wind farm amounts to 2.5 billion Moroccan dirhams, equivalent to approximately 230 million euros, and is financed through equity investments from shareholders as well as debt financing from ONEE. The project uses an innovative public-private partnership financing structure. In fact, to meet the project’s funding needs and with a view to optimise costs, ONEE raised financing from the German Development Bank (KfW), the European Investment Bank (EIB) and the European Commission before handing them over to Midelt Wind Farm.

From the beginning of the plant’s construction, and throughout its operation, the Midelt wind farm is set to contribute to the economic and social development of Morocco, and particularly that of the Midelt region, notably in terms of job creation and use of local services.

The other four wind farms included in the Projet Éolien Intégré, namely Tiskrad, Tanger, Jbel Lahdid and Boujdour, will be developed according to the project schedule that was agreed by the partners. The consortium formed by Nareva and EGP had submitted the most competitive bid through the combination of the lowest price and the highest level of local content.

Enel Green Power, the global renewable energy business line of Enel Group, is dedicated to the development and operation of renewables across the world, with a presence in Europe, the Americas, Asia, Africa and Oceania. Enel Green Power is a global leader in the green energy sector with a managed capacity of around 43 GW across a generation mix that includes wind, solar, geothermal and hydropower, and is at the forefront of integrating innovative technologies into renewable power plants.

Nareva is an independent electricity producer and water services operator. It provides its customers with services and solutions that are socially responsible, competitive and sustainable. Nareva currently has a portfolio of energy assets and projects with an aggregate capacity of 3,350 MW, almost 60% of which is from renewable energy. Nareva already operates five wind farms in Morocco, including the 300 MW Tarfaya wind farm, one of the largest in Africa, and is building the first coal-fired thermal plant with ultra-supercritical technology in Safi (2 × 693 MW).