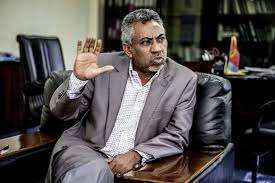 The Eritrean Government has once again taken a very tough stance to denounce serious subversive activities by Qatar aimed at destabilising the government in Asmara. In a statement issued by the Ministry of Information in a list of 10 points are summarized all the destabilizing activities that would have been carried out. In particular, the ministry led by Yemane Gebremeshel denounces “the deplorable schemes of subversion of Qatar” which uses “Sudan as a springboard”. Here, point by point, are the destabilizing activities, “nefarious, even if irrelevant”, which Asmara attributes to Qatar. (Photo President of Eritrea Isaias Afewerki)