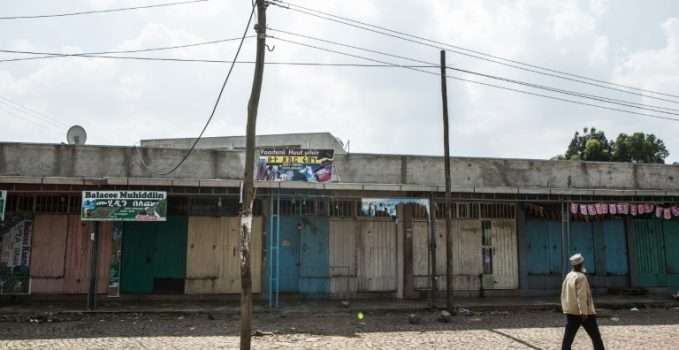 Posted On March 5, 2018 By In COUNTRIES, Ethiopia, Photo gallery, SLIDER-, VIDEO&PHOTO With 447 Views

Ethiopians strike over state of emergency 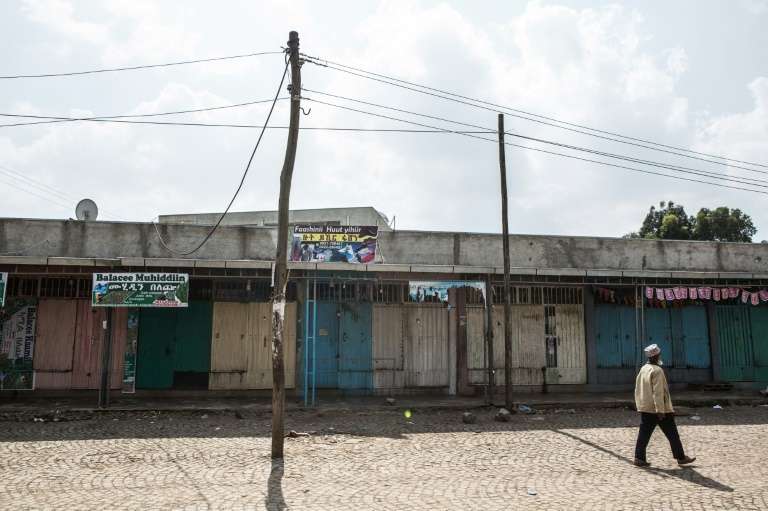 Shops were shut and roads deserted in parts of Addis Ababa and in towns in the surrounding Oromia region, a hotbed of anti-government dissent since 2015 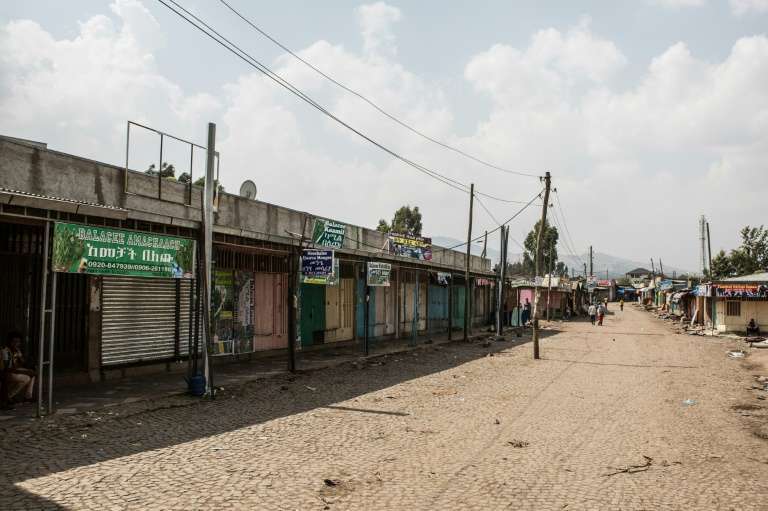 Businesses closed in Ethiopia’s capital and its largest region on Monday to protest a state of emergency declared after the prime minister’s resignation last month.
Shops were shut and roads deserted in parts of the capital Addis Ababa and in towns in the surrounding Oromia region, a hotbed of anti-government dissent since 2015.
“The strike is a response to our fear” of the state of emergency, a resident of the Oromia town Burayu who requested anonymity told AFP.
Standing together with like-minded neighbours, the resident said: “If they see us in a group like this, the police will come and shoot us.”
Roads leading out of Addis Ababa were lined with parked trucks and buses whose drivers feared being assaulted by protesters if they defied the strike.
“We won’t drive down there because trucks can’t pass, and we could be stoned,” one truck driver said.
Striking and closing roads are prohibited under the state of emergency, which was decreed on February 16 after Prime Minister Hailemariam Desalegn’s surprise announcement that he would step down after nearly six years in office.
Dissidents have raised concerns over the decree’s legality after the speaker of parliament changed the official results of a vote to formalise the six-month state of emergency last week.
Ethiopia was previously under emergency rule from October 2016 until August 2017 after months of anti-government protests in Oromia and the neighbouring Amhara region that left hundreds dead and resulted in tens of thousands of arrests.
The strike was promoted on Facebook by Jawar Mohammed, the influential executive director of the banned US-based Oromia Media Network, who demanded the lifting of the “illegitimate and unnecessary” emergency decree.
The coordinating body of the state of emergency, known as the Command Post, “urged society to carry out their normal day-to-day activities by ignoring information being circulated via social media,” state-affiliated Fana Broadcast Corporate reported.
Despite the emergency decree, violence has continued in Oromia, with one person killed and seven injured in a clash between protesters and security forces in the town of Nekemte last Tuesday, Addisu Arega, a spokesman for the region wrote on Facebook.
The four parties that make up the ruling Ethiopian People’s Revolutionary Democratic Front coalition are expected to meet this week to pick a successor for Hailemariam, who will stay in office until that choice is made.