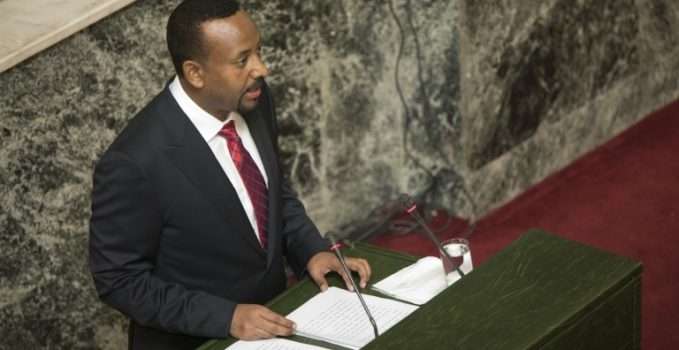 Posted On April 2, 2018 By In COUNTRIES, Ethiopia, Photo gallery, SLIDER-, VIDEO&PHOTO With 566 Views

Ethiopia’s new PM, in key speech, reaches out to opposition and Eritrea 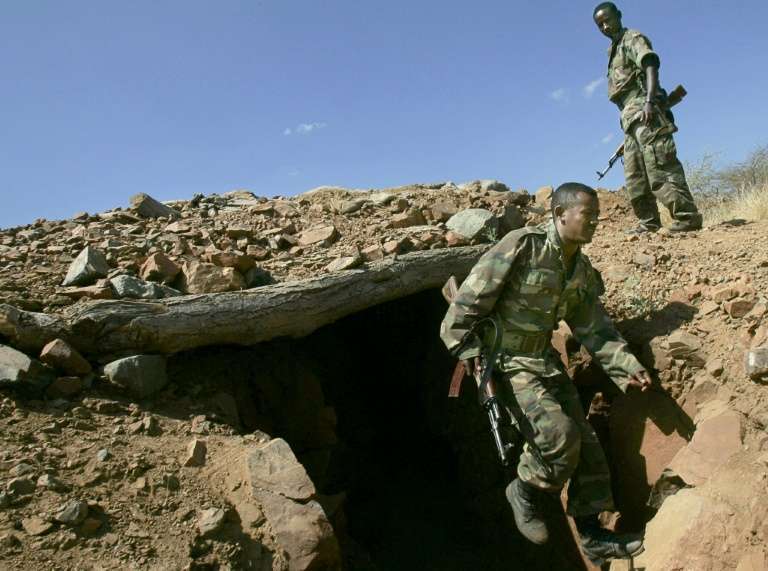 Ethiopia’s new prime minister, Abiy Ahmed, apologised to people harmed in recent political unrest and reached out both to the political opposition and longtime rival Eritrea at his swearing-in on Monday.
Abiy is the first ethnic Oromo to be selected by the ruling Ethiopian People’s Revolutionary Democratic Front (EPRDF) as prime minister in its 27 years of rule.
In a parliamentary session, Abiy formally replaced Hailemariam Desalegn, whose surprise resignation in February came after more than two years of anti-government protests led by the Oromo.
“Ethiopians living abroad and Ethiopians living here, we need to forgive each other from the bottom of our hearts,” Abiy said in a speech after he was sworn in.
He had earlier exchanged a copy of the constitution and a hug with Hailemariam, who has stepped down from all party leadership positions.
It is the first time power has been transferred from one sitting prime minister to another in modern Ethiopia.
“In this peaceful transfer today, we are beginning a new chapter. This is a historic day,” Abiy said in his remarks.
The 42-year-old former minister of science and technology takes the reins of one of Africa’s fastest-growing and most-populous economies amid hopes that he will change the EPRDF’s authoritarian style of governing.
More than 1,100 people are being held without trial under a state of emergency declared after Hailemariam’s resignation.
They include dissidents who had been freed just months earlier in a mass prisoner amnesty ordered by Hailemariam.
– ‘Brothers, not enemies’ –
While he made no mention of the emergency decree in his speech, Abiy reached out to the country’s opposition politicians, many of whom were incarcerated during Hailemariam’s time.
“We will not be seeing you as enemies, but be seeing you as brothers,” Abiy said.
Unrest among the Oromos started in late 2015 over a government development plan they decried as unfair, and soon spread to the country’s second-largest ethnicity, the Amhara.
The protests resulted in hundreds of deaths and tens of thousands of arrests and only stopped after Ethiopia was placed under emergency rule for 10 months from October 2016.
Referring to people who were hurt or jailed in the protests, Abiy said “I apologise from the bottom of my heart.”
– Northern rival –
He also extended an olive branch to Ethiopia’s arch-rival Eritrea, a one-time province that declared independence in 1993.
A two-year war broke out between the countries in 1998 over the demarcation of their shared border that killed tens of thousands.
The dispute remains unresolved, and Ethiopia and Eritrea accuse each other of supporting anti-government groups.
“For the common good of the two countries, not only for our benefit but for the two nations which are tied by blood, we are ready to solve our differences with discussion,” Abiy said.
“We invite the Eritrean government to show the same sentiment.”