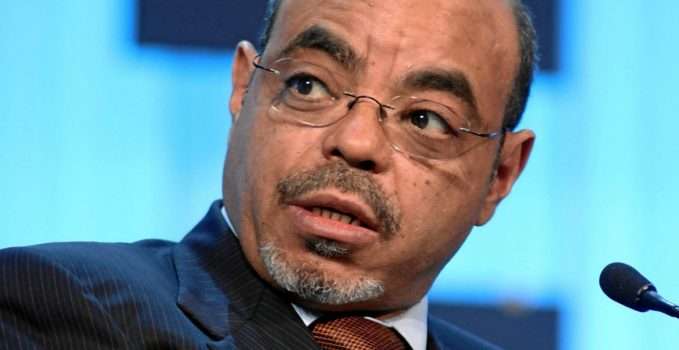 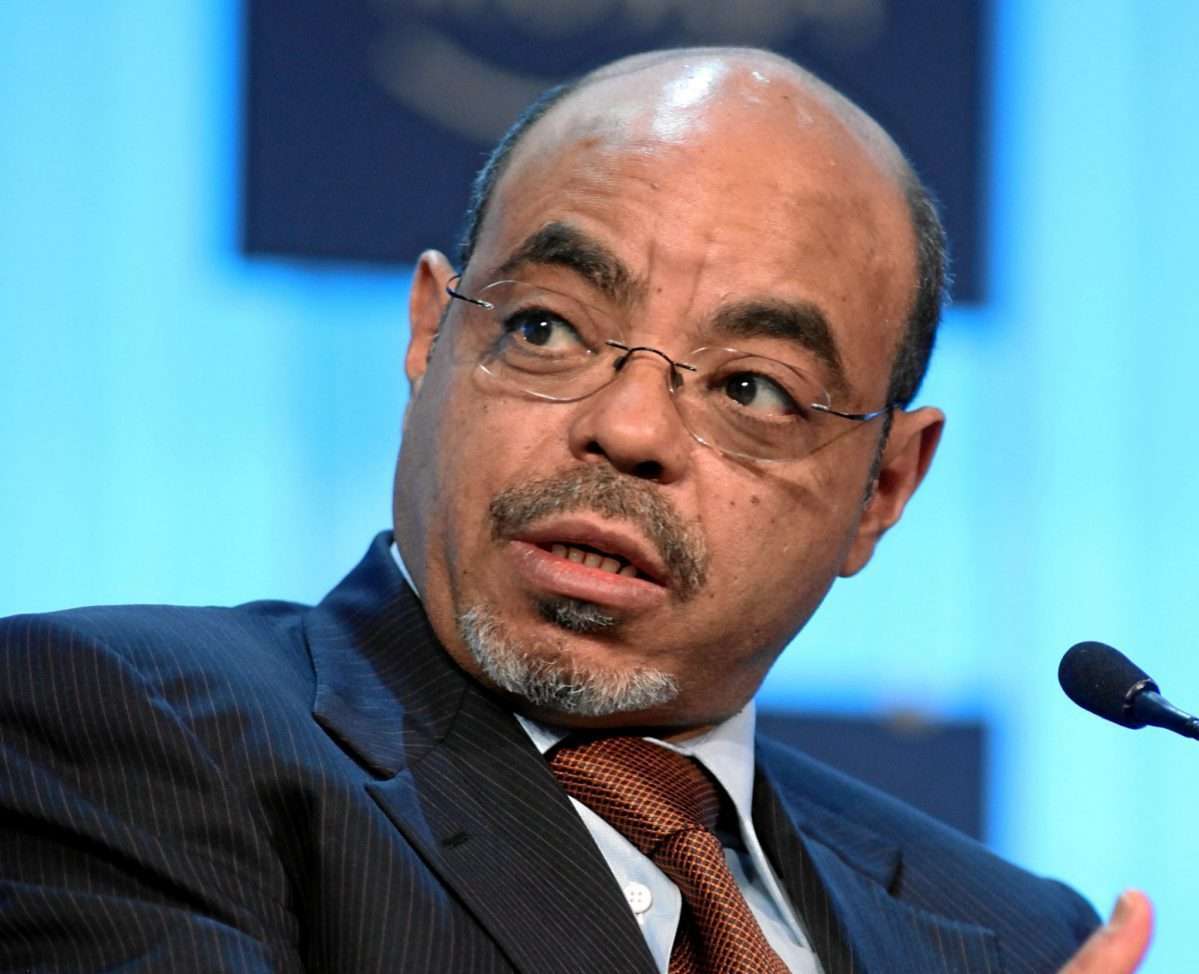 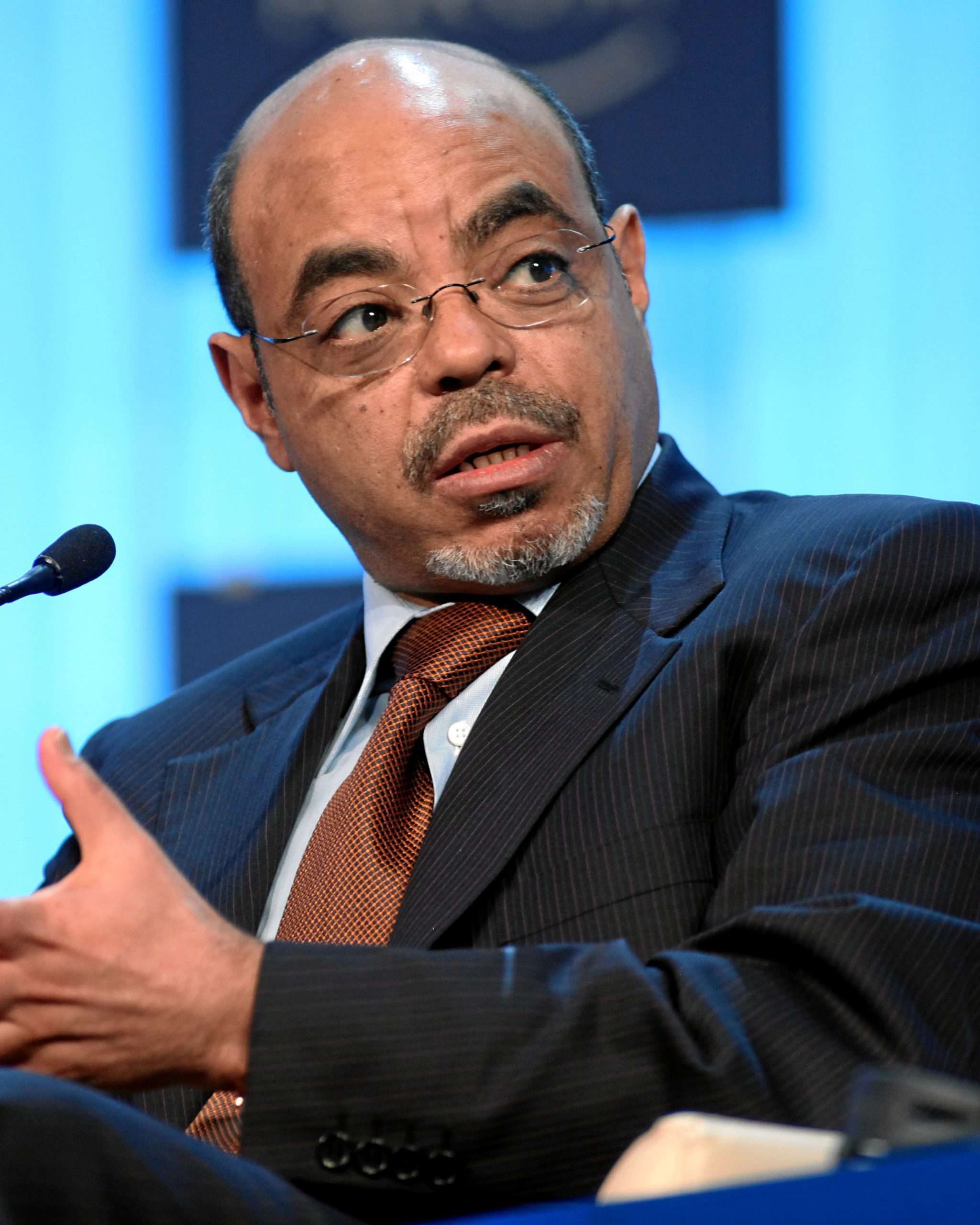 Although this was initially written in 2018, some six years after the death of Meles Zenawi, the former Ethiopian prime minister, it is still very much relevant today and worth reading to gain an insight into the reasons as to why the TPLF junta acted as it did.

It has since come to light that what the former Ethiopian prime minister had referred to as the ‘vision of Meles’,  was nothing  more than a series of instructions, that would have made Machiavelli proud, that Meles Zenawi had given to his followers — while on his death bed — that would ensure the continued hegemony of the Tigray ethnic group in Ethiopia once he had gone, in particular those of the region of Adwa in Tigray.

Once Meles Zenawi realized that he was not going to be leaving the Brussels hospital where he was receiving treatment alive, he had summoned his trusted lieutenant, Berhane Gebrekristos, and ordered him to take down a blue print outlining his plans to perpetually keep the Tigray People Liberation Front (TPLF) in power and maintain its hegemony, in addition to providing guide lines — in the unlikely case of the TPLF losing its grip on power —  for throwing Ethiopia into chaos and ultimately resulting in its disintegration.

Once Berhane Gebrekristos had taken down the eleven-point plan (with its numerous subsections) he was entrusted by Melese Zenawi to present it to a clandestine society named the Queen Saba (Sheba), whose members all hailed from the Adwa region of Tigray in Ethiopia.

Meles Zenawi’s intention was to make the members of this society the guardians and the overseers of the implementation of the evil plan that he had for Ethiopia. The members of the society were;

b) To label the Amhara ethnic group as ‘arrogant’ and wanting to restore the old order and to publicly insult, ridicule and criticize them.

c) To work hard to convince the Oromos that the Amhara was their greatest enemy and posed a much greater threat to them than any foreign enemy.

d) To weaken the Amhara economically and to make them forever dependent on Tigray.

e) Most important of all is to persecute and harass the Oromo intellectuals, so that they will flee the country.

f) To prepare Tigray to hold a referendum for its independence by substantially developing its economy and to develop the agriculture sector in the newly established regions of Gambela and Benishangul.

h) To establish Greater Tigray by incorporating western Gonder, and Benishangul — where the Nile dam is located

j) To force all those who are living in areas forcibly taken from neighbouring regions to acquire Tigray identity cards. Anyone who refuses should be coerced by force into taking the cards. All options are open for coercion, including deliberate economic depravation or imprisonment. If such measure does not work, then those who resist should be executed.

k) To eliminate any nationalists, elders well versed in history and those who have the welfare of the people at heart.

6-  a) To do everything possible to establish a border with Sudan, and to acquiesces to all the demands that the Sudanese might have.

b) To get the International community to recognize that Sudan now borders Tigray.

c) To subjugate to the will of the International community, especially the dominant powers, so that they will recognize the new map of Tigray. For example, militarily cooperating with them and to relinquish disputed territory (like the ones in Somalia and South Sudan).

d) To ensure the current emblem on the Ethiopian flag, considered by many Ethiopians to be unrepresentative of their culture and values, to remain on the national flag

b) To train and develop those who are from Adwa and loyal to the establishment. Once these have received the requisite training and education, to place them across the country in key positions, especially within the security services.

c) To give preferential treatment to those from Tigray over the rest of Ethiopians in the army and to train them well and give them key positions within the Ethiopian military. The Sheba society has its main office in Adwa, Tigray with a branch office in Addis Ababa in the Bole region of the capital. This branch is known as the ‘Safe House’ and it is where government polices are made. All polices regarding government operation and administration are formulated here and sent to be implemented in a top down manner. The system devised must ensure that Hailemariam Desalegn, the prime minister, will not participate in the policy making and will not even be allowed to read the papers. His role should simply be limited to the signing of the papers so that they can become official government policy. Meetings should only be held between midday noon and no one should engage in any activity outside of these hours (worth noting that Getachew Assefa would ensure implementation of this).

8-  To use radical elements within the Oromo and Amhara ethnic groups and get the elites of the two ethnic groups to oppose each other and clash with each other. To work diligently towards ensuring that the conflict between the elites permeates down to the level of the people, so that one people will be against the other.

9- a) As Addis Ababa hosts the African Union and enjoys a special status as an African city, effort should be exerted to make it the epicentre of all conflicts in order to draw the World’s attention ( worth noting the conspiracy played out in 2006).

b) As the day the Amhara and Oromo set aside their differences and work together, will be the day that heralds the end of the TPLF, great effort should be exerted and priority given to ensure that these two ethnic groups will never see eye to eye, and will be perpetually locked in conflict.

c) As the establishment of the Republic of Tigray can only happen if land that belongs to Wello and Gonder is seized. As Gonder is the powerhouse of the Amhara ethnic group, it is necessary to weaken Gonder by dividing it and to get it to be at war with itself.

d) It is important to realize that the region of Gonder is made up of different ethnic groups. Therefore, in order to destabilise and weaken Gonder, work must be done to convince the different ethnic groups that they are being oppressed and that they need to breakaway from Gonder and form their own regions. Once these ethnic groups demand to have their own regions and ask for a referendum to address their issue, we must then ensure that we support their cause and provide the necessary, economical, political and military support they require to achieve their aim.

e) The current efforts of the people of Qement to establish their own region is a good start and other similar campaigns must be supported.

f) Gonder will have to be divided up into several constituent parts namely, South Gonder, North Gonder, East Gonder and West Gonder. After the partition work must be done to ensure one region rises against the other.

g) It needs to be stressed no end, that all effort must be exerted to ensure that Amhara and Oromos will never join forces and work towards a common goal.

h) The standard of education of the Oromos must be lowered. In order to prevent the Oromo and Amhara from understanding each other, the teaching of Amharic to Oromos must be stopped, this would also mean that the Oromo youth will not know the national language which will inevitably restrict their opportunities in the future.

i) Until such time that Tigray can conduct a referendum through which it can establish itself as a new nation, all effort must be made to cut down any potential strong Oromo movement. It is also important to ensure that the Oromo region is economically disadvantaged, and that the Oromo people are prevented to come to an understanding with the rest of the people of Ethiopia.

j) To ensure that the Oromo region is entangled in conflict with neighbouring regions over land grazing rights and access to water.

l) Next is to get the regions of Gambela and Benishangul to demand for a referendum and seek ways that they can collaborate with Tigray.

m) To convince the southern people to demand a referendum and get them to seek to establish their own nation.

10- To intervene in the affairs of religious establishments and places of worship with the view to widen any differences that may exist and create animosity and strife in the organisations.

11- To ensure that the Eritrean issue is not raised under any circumstances and remains hidden away under lock and key. To ensure the issue with Eritrea is never resolved, those soldiers guarding the border must under no circumstances be allowed to contemplate peace. Any talk of a peaceful resolution to the Eritrean issue raised in Ethiopia, must be quickly quelled and attempts must be made to tarnish the reputation of the people who raised these matters by accusing them of working with the Eritrean government and getting them to withdraw their calls for fear of being ostracised.

After all this is said and done, from my grave  I will be able to witness the disintegration of the country and while Tigray will gain the upper hand riding a white horse in triumph.

It is to be noted that they have tried to implement the evil plans, but so far have failed.

The Ethiopian people must realize that outside of this evil plan, the TPLF has no other plan for the country. The question the Ethiopian people now face is whether they will stand idly by and witness the evil scheme be implemented or work together to save their country.

(Associated Medias/Red-Giut) All rights are reserved