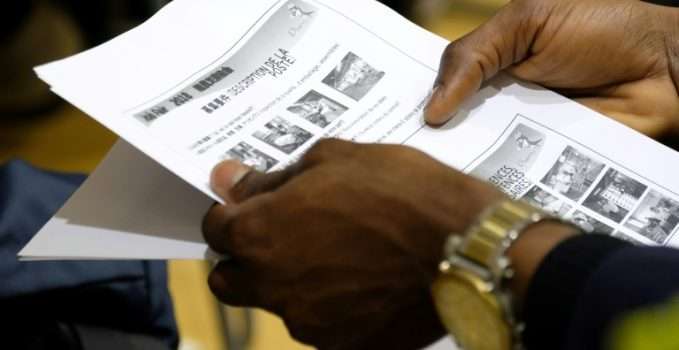 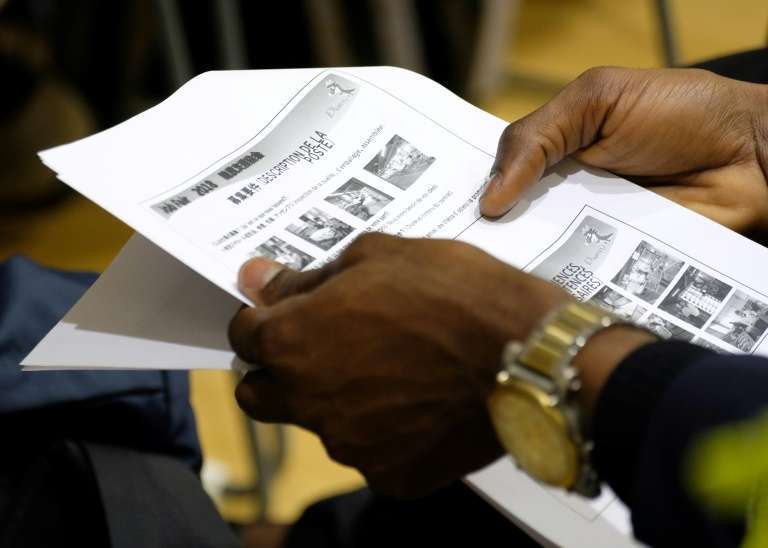 Japan accepts only a handful of refugees each year and they face hurdles to employment that can seem almost insurmountable, including language requirements, cultural barriers and discrimination 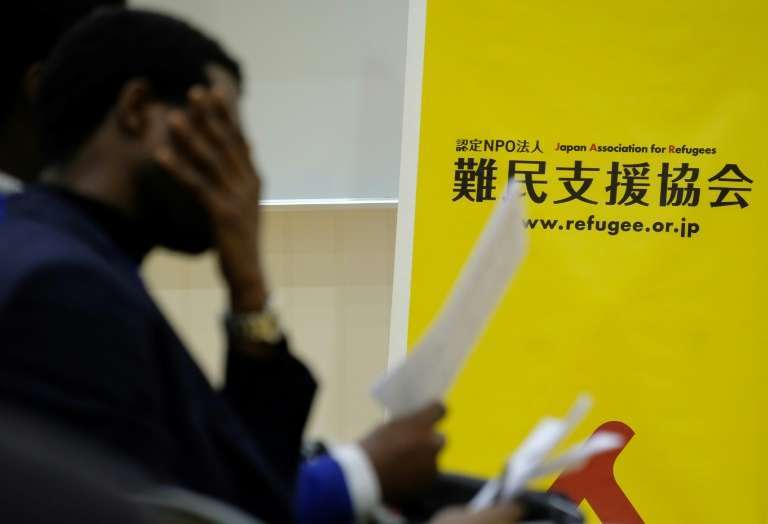 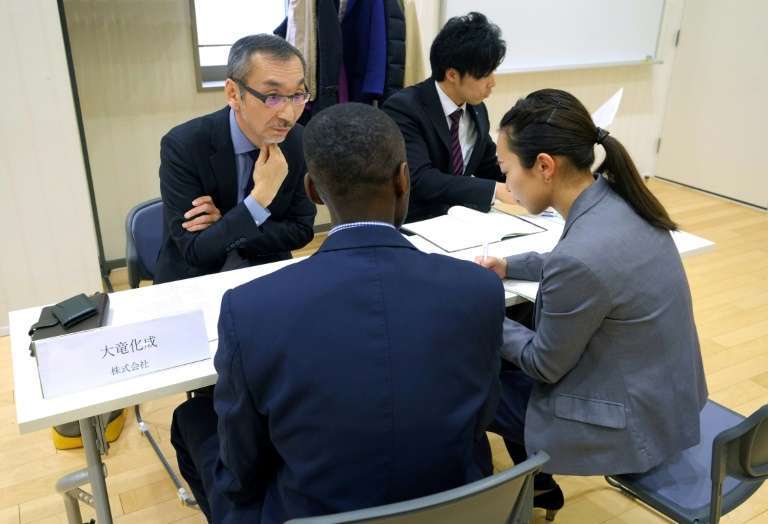 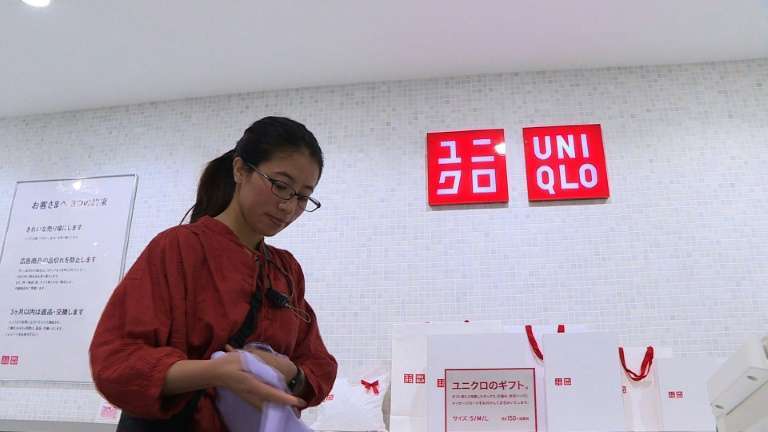 The Japan Association for Refugees organises job fairs every few months, and is seeing increasing interest from companies

At an office in Tokyo, a group of asylum seekers clutching resumes listened to three Japanese companies describe their openings — rare opportunities in the country’s often impenetrable job market.
Japan accepts only a handful of refugees each year and they face hurdles to employment that can seem almost insurmountable, including language requirements, cultural barriers and discrimination.
But a handful of companies, driven partly by labour shortages, are now hiring refugees.
Among them is Dairyu, a styrofoam manufacturer whose CEO Kenichi Osaka was hoping to find two new employees at a job fair held Monday by the Japan Association for Refugees, an NGO.
“We need your work, and your novel ideas that Japanese people don’t come up with,” he told the asylum seekers in English.
With its rapidly ageing society, Japan has an unemployment rate of just 2.4 percent, the lowest in 25 years.
“We want to hire refugees because there are not enough workers in Japan,” said Osaka, whose 200 employees include around 20 foreigners.
“And Japanese are so strict with rules… we are looking for ideas that are unexpected and not predictable,” he told AFP.
Dairyu was offering a starting salary of 813 yen an hour ($7.63), around the government’s recommended minimum wage, along with accommodation and three weeks of holiday.
As prospective employees lined up, Osaka admitted to some apprehension about how his staff would react to working with asylum seekers from African nations.
“I don’t mind, but my employees have never seen a black person.”
He said his foreign and Japanese workers would be paid the same wage, but activists say asylum seekers regularly face wage discrimination in Japan.
– Vulnerable to exploitation –
The country is notoriously strict on asylum, granting refugee status to just 20 people out of nearly 20,000 applicants last year.
The government says most applicants are economic migrants, but activists and the UN say Japan imposes onerous evidence requirements that can be impossible to meet, even for those in real danger.
The process is also torturously slow, with applicants waiting an average of three years for a decision.
“They are not allowed to work, nor access social security, so how can they survive?” said Eri Ishikawa, chair of JAR’s board.
“They are really more vulnerable to be exploited as well.”
For those granted asylum, or temporary work permits, job opportunities are often a far cry from the work they did at home.
An asylum seeker at JAR’s job fair, who spoke on condition of anonymity, said he had nine years of experience in customer service in the aviation and tourism industries.
Now, he was hoping to land a job cleaning at a Tokyo hotel.
“Here you are forced to take any option to survive,” he said, his eyes welling up as he described waiting to hear whether his asylum claim would be accepted.
“I can’t see my wife and my kid,” he said, wishing the authorities would speed up his application.
JAR organises job fairs every few months, and is seeing increasing interest from companies.
“Many companies approach us because of the labour shortage, but to hire refugees just to meet the labour shortage doesn’t work well,” said Ishikawa.
JAR wants companies to train refugees and see them as assets who can help them expand their customer base.
“Quite a few companies who have hired refugees find real value in it, some companies see them as global marketers who can sell their goods abroad, especially wherever they are coming from,” she said.
– An ‘incredible’ position –
Among them is Japanese fashion firm Uniqlo, part of the Fast Retailing group whose CEO Tadashi Yanai has committed to hiring refugees worldwide.
Uniqlo currently employs 46 refugees at its stores in Japan and organises seminars “to increase the interest of other companies in hiring refugees”, said Kurumi Shindo, of Uniqlo’s sustainability department.
The company offers refugee hires extensive training, including language and cultural support, but says the investment is well worth it.
“They have this enthusiasm to work… they encourage the other employees to work in a more positive attitude,” said Shindo.
Among Uniqlo’s refugee hires is Cing, who obtained asylum in Japan after fleeing Myanmar in 2008.
She began working at Uniqlo in 2013, after years working two jobs at restaurants to make ends meet, and acknowledges struggling to adapt at first.
“In Japanese, there are many ways to show respect to the customers, it’s different talking to customers or to friends. I have experienced very difficult moments,” she said.
But five years on, she is a confident presence and now advises Uniqlo’s newer refugee recruits.
“My friends say it’s incredible I have this position,” she says with a smile.
“It doesn’t seem that Uniqlo has a plan to open an outlet in Myanmar yet, but if that happens, I would very much like to go back and work there.”