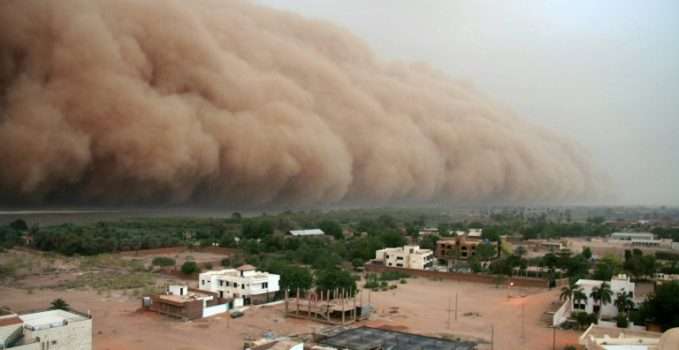 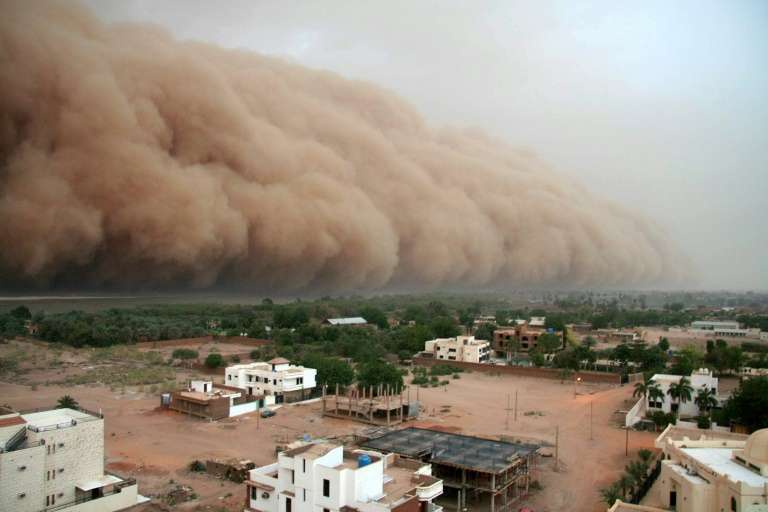 A gigantic cloud of dust known as “haboob” advances over Khartoum on April 29, 2007

A thick sandstorm engulfed the Sudanese capital on Thursday, forcing authorities to cancel flights and shut schools in Khartoum and other nearby towns.
Children and office workers stayed indoors while vehicles kept off roads as a thick orange haze shrouded the capital from early morning.
Several domestic and international flights were cancelled after the meteorological department issued a pre-dawn advisory, an official at Khartoum airport said.
“From 3:00 am (0500 GMT) no flight has landed or taken off from Khartoum airport,” Mohamed Mahdi, Khartoum airport spokesman, told AFP.
“Because of the bad weather we expect the airport to remain shut until further notice,” he said.
Two flights operated by private Sudanese airlines and coming from Cairo and Kuwait had been diverted to Port Sudan, he said.
Sand or dust storms, known as “haboob” in Sudan, frequently occur in the east African country, especially Khartoum, but they usually blow over in a couple of hours.
But Thursday’s storm is expected to last longer, according to the meterological advisory, and residents who attempted to venture out complained of low visibility.
These storms usually follow days of rising temperatures, transforming entire cities and towns within hours by shrouding them under a thick layer of sand.
Experts warn that Sudan and the region will experience more such storms as climate changes drive temperatures up and destroy fertile soil.