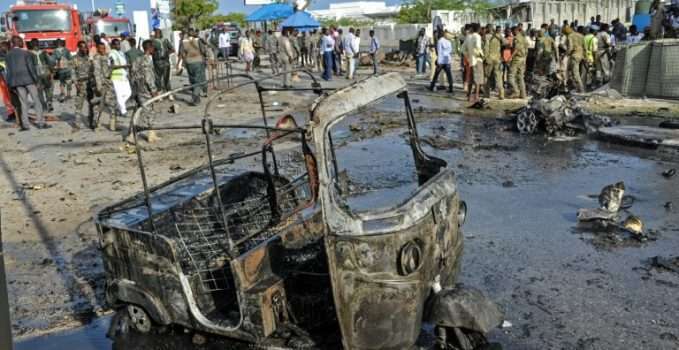 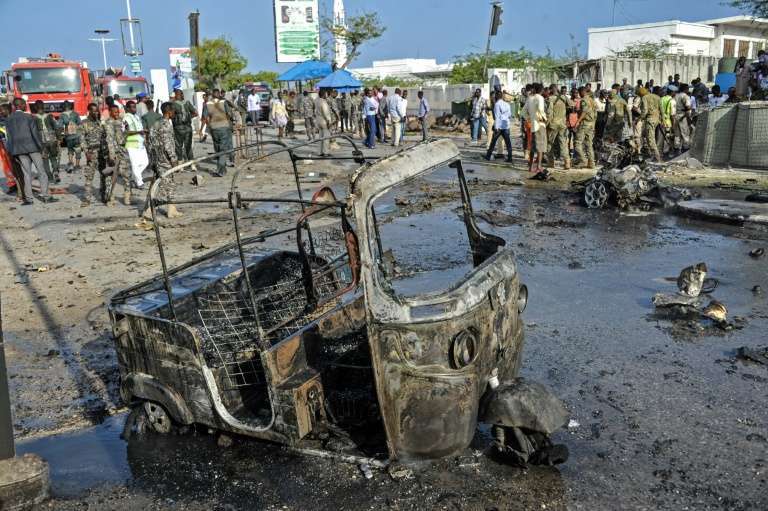 At least four people were killed Sunday in a suicide car bomb attack in central Mogadishu, police and witnesses said.
“There was a blast at a checkpoint close to the interior ministry. Four people were killed including two members of the security forces,” Abdulahi Mohamed, a police officer in the capital, told AFP. The other two victims were civilians.
“We don’t have the details yet but the indications show that a bomber was involved trying to pass by the security checkpoint,” he added.
According to the official and witnesses, the car blew up before the security forces were able to inspect it.
“I saw the bodies of two soldiers and two civilians,” eyewitness Cise Abdurahman said.
“The explosion was significant and the car was reduced to pieces. It exploded between two concrete barriers” at the checkpoint, he added.
It was the second car bomb attack this week in the Somali capital after one blew up Thursday outside a popular hotel, killing 14 people.
Al-Qaeda-affiliated Shabaab jihadists has claimed responsibility for both attacks.
Mogadishu is regularly hit by bomb attacks carried out by Shabaab which is fighting to overthrow Somalia’s internationally-backed government.
In February twin car bombings left 38 people dead in the Somali capital.
In October last year, Somalia suffered its deadliest-ever attack in which more than 500 people were killed in a truck bombing in a busy part of the city.
In the wake of that attack, Somalia’s government declared a fresh offensive against Shabaab.