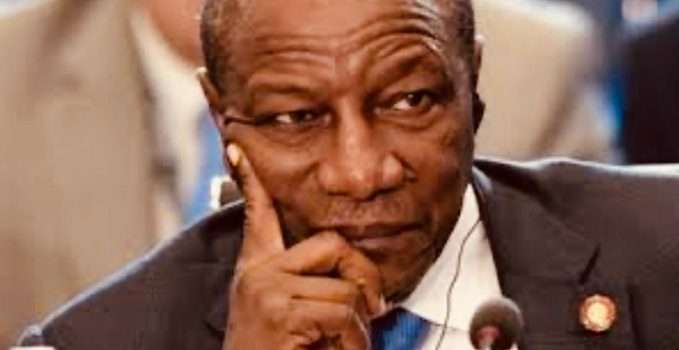 Guinea’s new constitution allows the President to run for two more terms and the opposition fears that this possibility betrays Condé’s desire to stay in power. But sources close to Condé whom we questioned consider this hypothesis unrealistic and contrary to the will of their leader. We don’t even know if he will run again”, they say, specifying that if he is convinced, it will be for one last term and only to avoid the return of those who plundered and destroyed Guinea before him.

Indeed, everything leads us to believe that the real concern of the Professor is to preserve the gains made by passing on the baton to a new generation of young people and women who will be able to better ensure the future of a country that has struggled to emerge from a long period of lethargy and crossed by ethnic divisions. Guinea has a development potential that is unparalleled in Africa, but it needs vision, stability and good governance. The international community would be prepared to wait and encourage the transition to a new ruling class concerned with combating corruption and impunity, as it would make it possible to meet the many challenges related to underdevelopment and a better distribution of the country’s wealth. Investors are pushing for the stability and prudence that the status quo guarantees.

Those close to the former President of the Federation of African Students in France know that only he, when the time comes, will decide on the two possible options. That of prolonging his governance for a few years, relying on the support of the majority of his population and his astonishing health, or that of giving up in 2020, without worrying about the future of his fellow citizens. Given the current serious health emergency, it is likely that the decision will only be taken in the next few months.