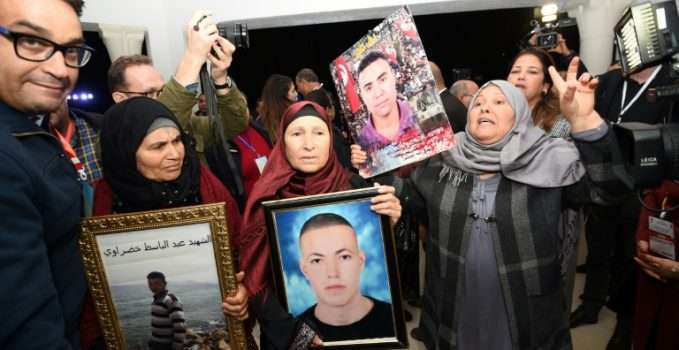 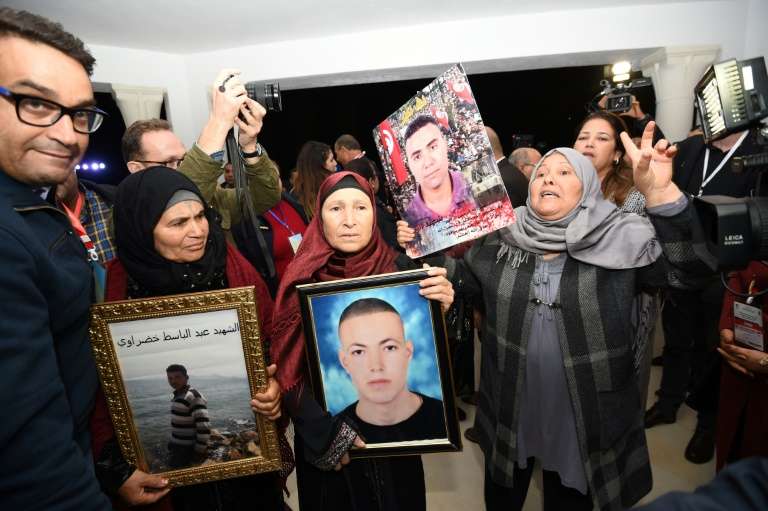 Tunisian mothers of a torture victims carry their sons’ portraits as they arrive for a Truth and Dignity Commission hearing in Tunis on November 17, 2016

Human Rights Watch on Friday urged Tunisia to extend the mandate of a commission set up to examine human rights violations during six decades of dictatorship.
The widely-praised Truth and Dignity Commission (IVD) was set up following the 2011 revolt that toppled dictator Zine El Abidine Ben Ali and sparked the Arab Spring uprisings.
Tunisia’s parliament is set to vote on Saturday whether to prolong its work.
But HRW’s Tunisia director, Amna Guellali, accused Tunisian authorities of hampering the commission “by refusing to fully cooperate with it and by adopting a controversial law on administrative reconciliation.”
“By voting ‘no’ to extending the commission’s work, parliament would be voting ‘yes’ for impunity,” she said in a statement.
The commission has a five-year mandate to investigate human rights violations between 1957, when Habib Bourguiba became president, and 2013, when the IVD was set up in the wake of the revolution.
It aims to hold perpetrators to account and rehabilitate their victims.
A “no” vote on Saturday could force it to cease work in May.
That “would sabotage the fragile transitional justice process and trample the rights of victims to truth, justice and reparations,” Guellali said.