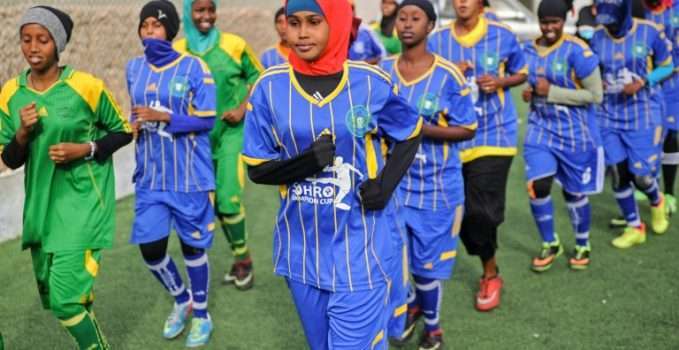 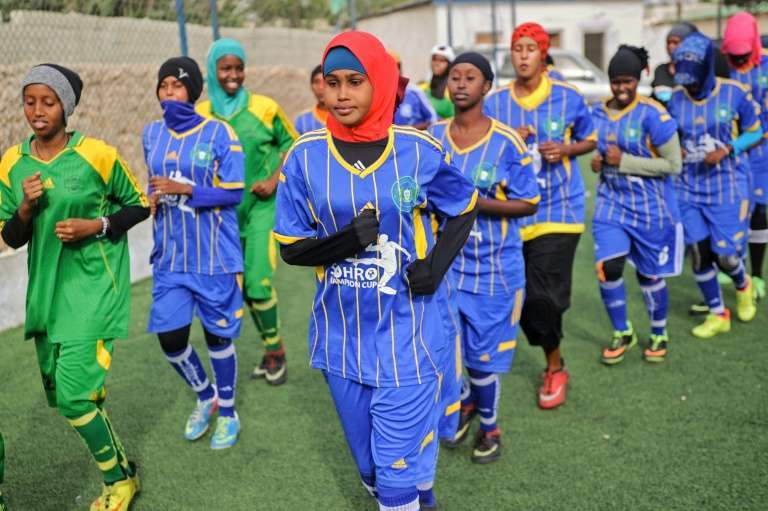 Undeterred by tradition and religion, around 60 girls have signed up to train at the Golden Girls Centre in Mogadishu, Somalia’s first female soccer club 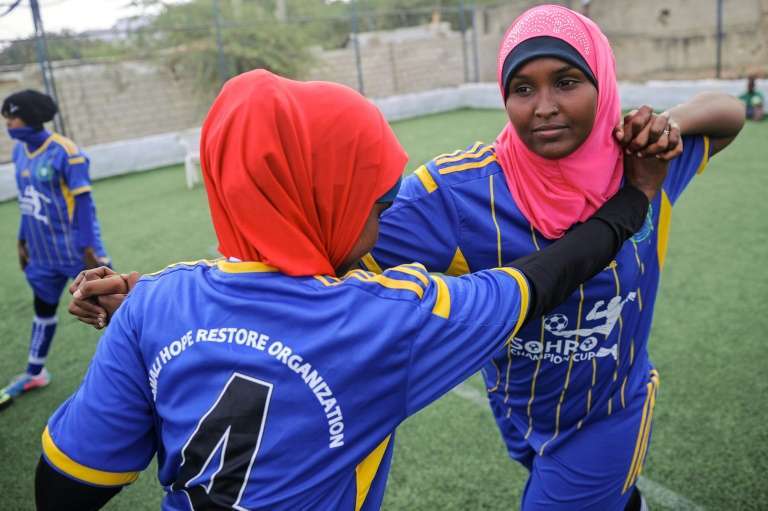 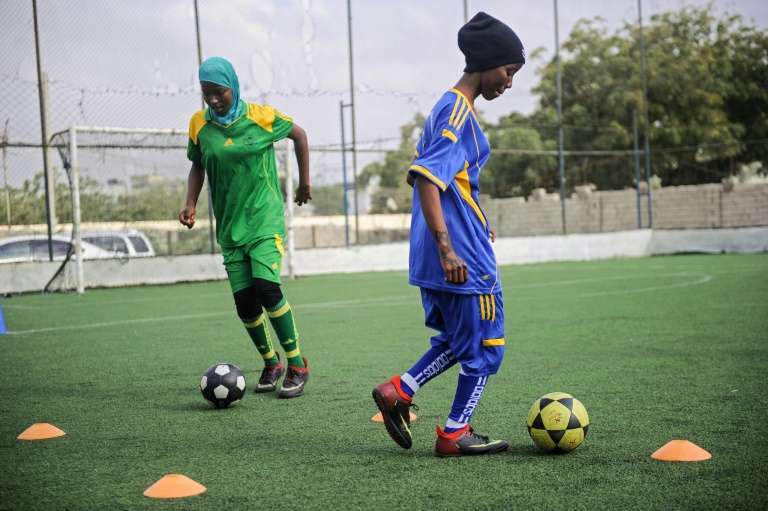 Shortly after sunrise, a group of young women arrives at a football pitch in Mogadishu, where they shrug off their hijabs — some changing underneath the billowing veil — to reveal their team kit.
Young Somali men stand nearby, some disapproving but all watching closely, as the women jog up and down, dribble a worn-out ball between colourful cones and do sit-ups, less than 200 metres (656 feet) from a heavily guarded security checkpoint.
The sight of young women playing football is highly unusual in Somalia, due to societal pressures as well as fear of Al-Shabaab.
The Al-Qaeda linked Islamist group launches regular attacks in Mogadishu and considers forms of entertainment, such as football, to be evil, worse still if women are involved.
“It is obvious that we are scared despite the fact that we put on heavy clothes over our shorts and T-shirts (until) we get to the pitch. It is very difficult to walk normally with sports clothes — we never wear sports clothing in society,” said Hibaq Abdukadir, 20, one of the footballers.
She is among 60 girls, who have signed up to train at the Golden Girls Centre in Mogadishu, Somalia’s first female soccer club.
– ‘Think differently’ –
Mohamed Abukar Ali, the 28-year-old co-founder of the centre, said he was inspired to create the club after he realised that Somalia had no female footballers.
“We are… trying to make these girls the first Somali female football professionals,” he said.
However this is not an easy task.
“When the girls have to attend training sessions, we have to organise to pick them up and bring them here and back home after the session because they are girls and we think about their security,” said Ali.
“There are so many challenges, from security to lack of resources… but that will not deter our ambition to establish female football clubs in this country,” he said. “We believe it is the right time and we should have the courage to think differently.”
– ‘They look naked’ –
Many of the girls who have joined the club said they had always wanted to try playing football but never had the opportunity.
“I have been playing football for seven months, but my family has only known about it for two months,” said Sohad Mohamed, 19.
“I used to dodge my mother about where I was going because she would not allow me to play football, but at least my mum is okay with it now, even though the rest of my family is not happy.”
In Somalia, it is taboo for women to appear in public dressed in shorts, trousers or T-shirts, with Islamic scholars saying sports clothing is not appropriate Islamic dress for women.
The players wear tights underneath their baggy shorts, and cover their hair, but still face criticism for their dress.
“I come to watch them train but frankly speaking, I would not be happy to see my sister doing it, this is not good in society’s eyes because they look naked,” said Yusuf Abdirahman, who lives near the football field.
Mohamed Yahye, another onlooker, is happy to see women playing football but is also concerned about how they are dressed.
“I think there is nothing wrong with women playing football, the only thing they should change is the dress code, they need to wear something that is not slim-fitting. But as long as their body is not seen, they are in line with the Islamic dress codes,” he said.
However the Golden Girls are not fazed.
“My ambition is so high that I aim for the same progress as those female footballers who play for Barcelona,” said Abdukadir.