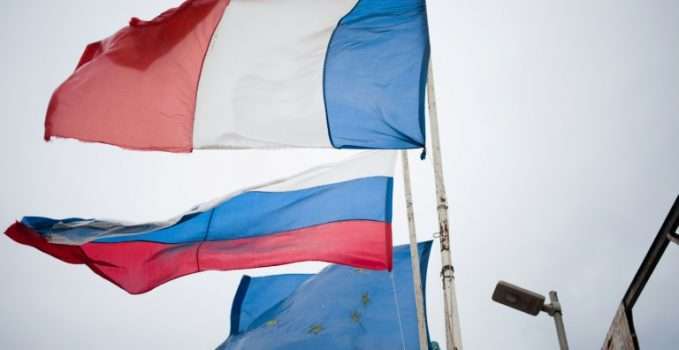 In war-torn C.Africa, Russia trains army in weapons use 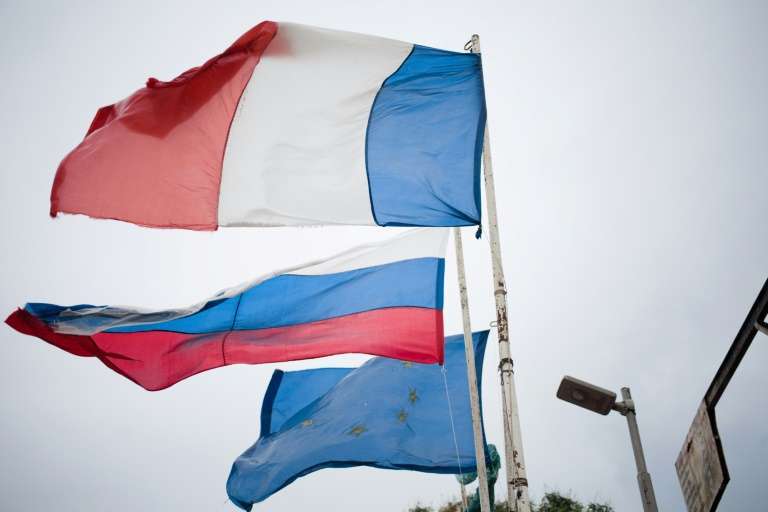 Russian, EU and French flags are seen at the entrance to the village of Pissa, not far from Berengo Palace, the former palace of the president Jean-Bedel Bokassa, which has been transformed into a military training camp

Inside a sprawling former “imperial palace” near Bangui, Russian instructors have set up a camp where they are training soldiers of the Central African Republic (CAR) in using Russian weapons.
Since late January, the former home of president Jean-Bedel Bokassa — who took over in 1966 and later declared himself emperor before being overthrown in 1979 — has been transformed into a hive of activity.
Over the past two months, more than 150 instructors have been brought in, according to a diplomatic source.
They are training soldiers to use Russian arms at this 40-hectare (100-acre) site 60 kilometres (35 miles) from the CAR capital.
Bloodily divided by ethnic and religious strife between rival armed gangs, the CAR has been subjected to a United Nations arms embargo which was recently extended until February 2019.
But after lengthy negotiations with the UN, Moscow managed to secure an exemption and in mid-December, it delivered a sizeable stock of weapons including handguns, assault rifles, machine guns and even rocket launchers.
Russia also won UN approval to offer weapons training to two battalions — around 1,300 men — of the Central African Armed Forces (FACA) which is currently undergoing an overhaul.
Officially, the Russian programme aims at strengthening a ramshackle military in a country where swathes of territory are controlled by armed groups.
Beyond this, though, the mission will clearly boost Moscow’s influence in a struggling strategically-located state whose treasures include diamonds, gold, uranium and timber.
There is little indication of such weighty geopolitical developments at the entrance to the Berengo Palace.
A soldier allows a few journalists to venture into the grounds as far as Bokassa’s ornate tomb, located inside the palace remains, while repeatedly insisting: “No photo, no video, no interview.”
Just to the right of the emperor’s resting place are about 10 huge tents housing a battalion of FACA troops, some of whom already underwent training by a specialised European Union mission last year.
“These soldiers are … learning to work with the specific equipment supplied by Russia,” explains a military source.
“The training is very hard,” whispers one of the FACA soldiers walking near the camp’s entrance.
– Tackling the chaos –
Given the chaotic situation in the CAR, Washington, Paris and London have demanded that Russia take firm precautions to ensure that the weapons are safely stored and accounted for.
“So far, there haven’t been any real inspections,” one diplomatic source admitted.
On the outskirts of the palace, such questions are not raised and the Russian instructors are looked on in a very favourable light.
“They are going to help our country get out of this mess,” said Roger Okoa-Penguia, mayor of a nearby village called Pissa.
“The Sangaris didn’t finish their mission,” he said, referring to a French peacekeeping operation which formally drew to a close in October 2016, ending a nearly three-year mission.
“They are nice, they buy food, it helps local trade,” enthused one local resident who gave his name only as Alexis.
“The French pretend they’re helping us, they sign agreements but do nothing, but the Russians do! If they had brought security, why would we need the Russians?” asked another called Thibault.
On January 24, several of Bokassa’s descendants who live in France released a statement saying they had “learned with shock and dismay about the presence of Russian soldiers” at the palace, which they consider to be “a private family estate”.
“All misunderstandings have been lifted over the subject of Berengo. It belongs to the state, there’s no doubt,” Bangui government spokesman Albert Yaloke told AFP.