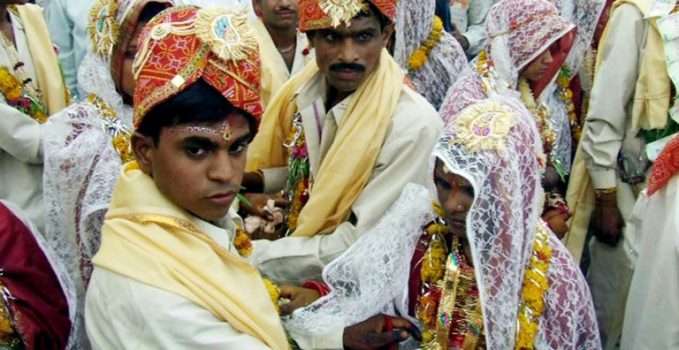 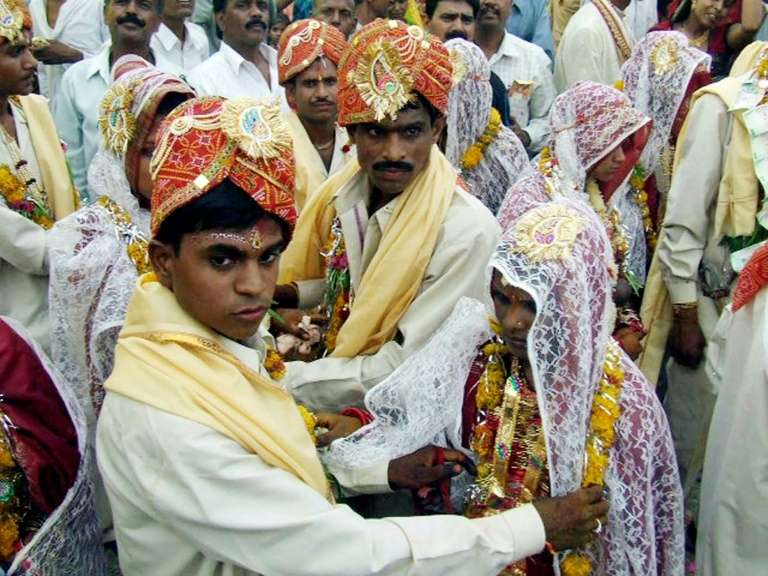 A significant drop in Indian girls being forced into marriage has led a global decline in the number of child brides, the United Nations said Tuesday.
According to UN children’s agency UNICEF, 25 million child marriages have been prevented around the world in the last decade, with the sharpest drop in India and the rest of South Asia where girls as young as eight have reportedly been forced to wed.
“South Asia has witnessed the largest decline in child marriage worldwide in the last 10 years… in large part due to progress in India”, it said.
“In the current trend, 27 percent of girls — nearly 1.5 million girls — get married before they turn 18 in India. This is a sharp decline from 47 per cent a decade ago.”
The risk of a girl being forced to marry before the age of 18 in South Asia has decreased from nearly 50 percent to 30 percent, said a UNICEF statement.
The agency attributed the change to better education for girls, government initiatives and strong awareness programmes.
UNICEF said there had also been reductions in African countries such as Ethiopia. About a third of the world’s child brides are in sub-Saharan Africa.
The legal marriage age in India is 18 but millions of children are forced to tie the knot when they are younger, particularly in poor rural areas.
Many parents marry off their children in the hope of improving their financial security.
The results can be devastating, with girls dropping out of school to cook and clean for their husbands and suffering health problems from giving birth at a young age.
In a landmark judgement last year, India’s top court said that sex with an underage wife constituted rape, in a ruling cheered by activists.
UNICEF’s principal gender adviser, Anju Malhotra, warned that a lot of work remains to be done to reach the UN target of eradicating child marriages by 2030.
The agency estimates that 12 million girls are forced into marriage each year, meaning that without further efforts more than 150 million will fall victim to the practice by 2030.
“Each and every child marriage prevented gives another girl the chance to fulfill her potential,” Malhotra said.
“But given the world has pledged to end child marriage by 2030, we’re going to have to collectively redouble efforts to prevent millions of girls from having their childhoods stolen through this devastating practice.”