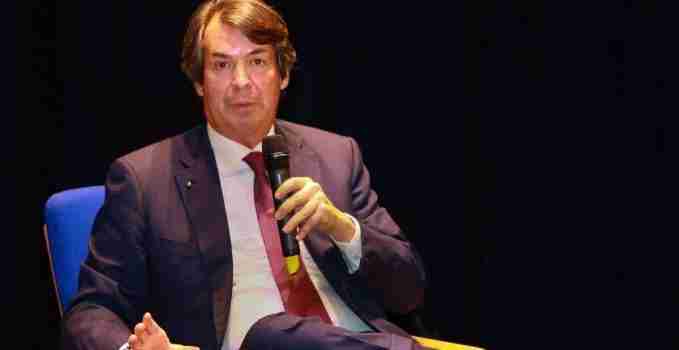 In a brilliant year for Intesa, the CEO of Italy’s most important bank remained at the top of the Top Manager Reputation index in October, thus confirming his leadership in this sector as well. A result in line with the brilliant performance of Intesa, which posted a net profit of EUR 4.36 billion, excluding value adjustments for Russia and Ukraine, thus up by 9% compared to the first nine months of 2021.

Despite the war in Ukraine, the cuts made in Russia and the economic aftermath of the Covid Pandemic, Intesa Sanpaolo continues to grow and see its CEO, Carlo Messina, shine in the digital reputation rankings. Let us start with the excellent economic and financial performance achieved by Italy’s most important bank in the first nine months of 2022. In the period under review (January-September), Intesa Sanpaolo’s net profit was EUR 3.28 billion, down 18% year-on-year. Net profit was €4.36 billion excluding impairment losses on Russia and Ukraine, up 9% year-on-year compared to the first nine months of 2021. The bank’s value adjustments for Russia and Ukraine amounted to EUR 1.3bn. The group’s cross-border loans to Russia are largely performing and classified as Stage 2. In the third quarter of 2022, the exposure to Moscow was reduced by about 65%, some EUR 2.3bn, to 0.3% of the group’s total loans to customers.

Highly significant figures that confirm the bank led by Messina’s ability to generate solid profitability and create value for all stakeholders even in complex contexts thanks to its well-diversified and resilient business model, with net interest-driven profit reaching EUR 4.4 billion, excluding the so-called ‘de-risking’ due to the Russian crisis.

Furthermore, Intesa Sanpaolo, as stated in a note issued by the institution, “is fully capable of continuing to operate successfully in the future, being able to count on the group’s strengths, particularly in the financial, operational, technological and organizational areas. The implementation of the 2022-2025 business plan,’ the note continues, ‘is proceeding at full speed and the main industrial initiatives are well underway. The formula of the plan and, in particular, the target of € 6.5Bn of net income by 2025 are confirmed, with further potential growth resulting from higher interest rates, high flexibility in the management of operating costs and the bank’s status as a ‘zero NPL’ bank.

A brilliant performance by Intesa Sanpaolo that matches the “standing” of CEO Messina who, once again, remains firmly at the top of the digital reputation rankings. In particular, the specialized agency, Top Manager Reputation, confirmed that in October and in all nine months of the current year, Intesa Sanpaolo’s CEO remained firmly at the top of the clusters dedicated to finance. Intesa Sanpaolo’s CEO focused his online presence on Leadership issues (82%), commenting on the aid package allocated by the bank to help businesses and families cope with price rises, as well as on the honorary degree he received from Bari Polytechnic. Silver medal for Claudio Descalzi, one of the managers most exposed to the energy issue: assets of his communication in October were the Leadership (65%) and Esg (35%) dimensions. Francesco Starace of Enel, third with 79.00 points, is the top manager who generated the most conversations in October on sustainable development objectives (68%).

More generally, it can be said that the data emerging from the 100th survey of the permanent Top Manager Reputation observatory is that Italian top managers have learnt how to increase their digital visibility. Messina in particular has shown that in terms of topics addressed and communication methods he always manages to make inroads into the albeit complex and crowded digital audience. Remaining at the top of the industry rankings for all nine months of 2022 is of course the clearest proof of this. A success that, moreover, leads Intesa Sanpaolo’s communication to reach, through the voice of the CEO, even the youngest segments of its audience, both current and potential.

Top Manager Reputation, which since 2013 has been monitoring the online reputation of the top management of the most important companies operating in Italy, highlighting trends and movements on the national scene, last October also recorded through its observatory an increase in the media relevance of Italian top managers of 74% over the previous month. This marks a trend already highlighted in previous months, the all-round expansion of their role as testimonials of the company and the country.

Widening our gaze, the importance of executives in the media grew by 92% compared to 2021, which in turn was +86% compared to 2020. The war in Ukraine, the general elections and the big manoeuvres in 2022 thus result in a real exploit of their influence. In situations of uncertainty, the media and society look for ‘new leaders’. Leaders thus become points of reference not only for the economic fabric, but for society as a whole. And in such a context, the communication strategies deployed by top managers become even more important. The data of the month and of the last few years therefore suggest that in order to grow, it is not enough to generate traffic, but it is necessary to work on quality, to establish a relationship with one’s audience.

Franklin CUDJOE@lordcudjoeIs this the Beginning of the End of Ghana’s Fiscal Crisis? - Imani Africa imaniafrica.org/2023/01/is-thi…1 hour ago29 January 2023

JasonNjoku@JasonNjokuWow. Over funding is like obesity twitter.com/debarghya_das/…10 hours ago29 January 2023

Ngozi Okonjo-Iweala@NOIwealaGreat meeting with staff of the @wto’s Administration and General Services Division. You make the place run! Thank… twitter.com/i/web/status/1…2 days ago27 January 2023

Ngozi Okonjo-Iweala@NOIwealaReconnecting with Ambassador @Hildaalhinai in her new capacity as Secretary General of the Arab-Swiss Chamber of Co… twitter.com/i/web/status/1…2 days ago27 January 2023

Zwelinzima Vavi@Zwelinzima1Not even the Generals are safe! pic.twitter.com/BKYfpzb7gr2 days ago27 January 2023

El-Ghassim Wane@elghassimwRT @UN_MINUSMA: Report on the situation in #Mali 🇲🇱 before the #UNSC by @elghassimw, Head MINUSMA. 📌Watch it 📺 live today from 3PM UTC ➡️…2 days ago27 January 2023

Acha Leke@achalekeRT @YuitoYamada_: What does it mean to accelerate #sustainable and #inclusive growth? Hear what our @McKinsey partners from around the worl…3 days ago27 January 2023

Ngozi Okonjo-Iweala@NOIwealaWith H.E President @alain_berset of the Swiss Confederation. WTO is grateful for the excellent host Switzerland is.… twitter.com/i/web/status/1…3 days ago26 January 2023

El-Ghassim Wane@elghassimwIn New York to brief the #SecurityCouncil on @UN_MINUSMA. Fruitful discussions with the African members of the Coun… twitter.com/i/web/status/1…4 days ago25 January 2023

El-Ghassim Wane@elghassimwRT @Lacroix_UN: I am grateful for the work of the Egyptian all-women Search & Detect team #ServingForPeace with @UN_MINUSMA in #Mali at a t…1 week ago21 January 2023

Acha Leke@achalekeGreat week at #davos .. connecting with friends, clients and friends of Africa .. we hosted our McKinsey Africa bre… twitter.com/i/web/status/1…1 week ago20 January 2023

Louise Mushikiwabo@LMushikiwaboRT @rbarwanda: IMF Executive Board has approved a $319 million arrangement for Rwanda under the newly established Resilience and Sustainabi…2 months ago13 December 2022

Acha Leke@achalekeRT @oviosu: One of the highlights of last week in Rwanda was having the pleasure to meet President @PaulKagame who graciously hosted @achal…2 months ago08 December 2022

Acha Leke@achaleke#GreenAfrica: If Namibia, Morocco, and Egypt dedicate less than 1% of land to renewables, they could generate expor… twitter.com/i/web/status/1…7 months ago22 June 2022

#Kadaga@RebeccaKadagaRT @JuliusBintu: Happy birthday Rt. Hon. @RebeccaKadagaUG.🎉🎂🎊 May this special day mark your entry into a new dimension of breakthroughs.…8 months ago24 May 2022

#Kadaga@RebeccaKadagaRT @JuliusBintu: #Uganda: Absence of the speaker and the deputy speaker of parliament Rt. Hon. @RebeccaKadagaUG advocated for creation of…10 months ago16 March 2022