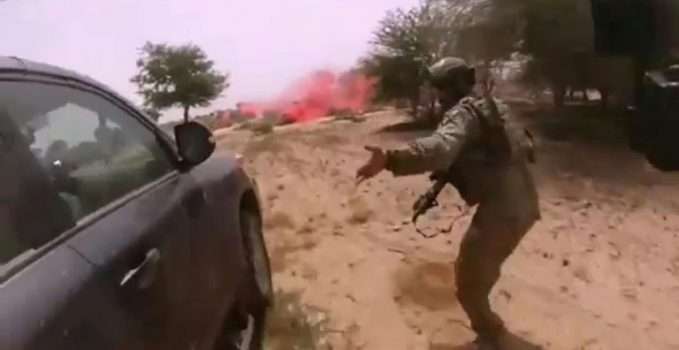 IS video of Niger attack highlights US troops’ vulnerability 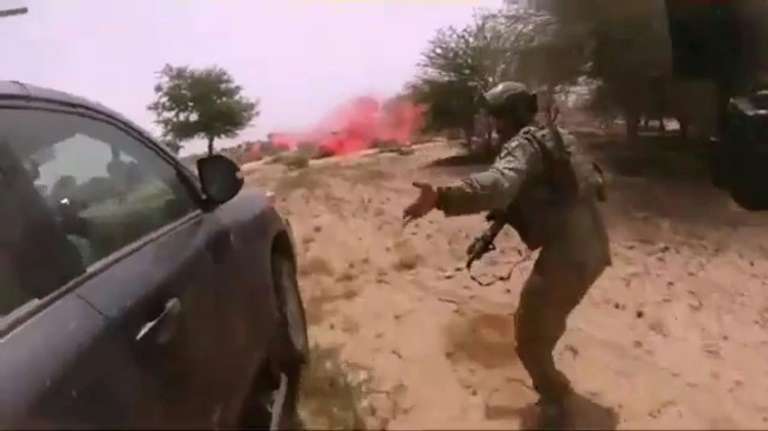 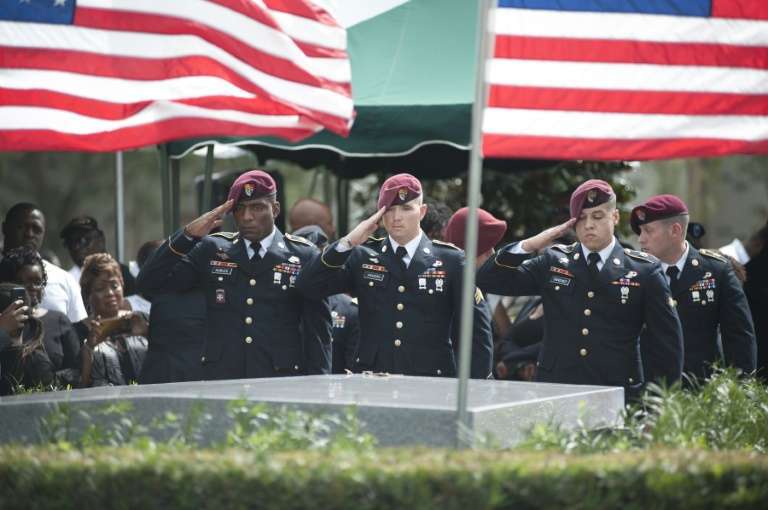 A propaganda video released by the Islamic State group that apparently shows the deadly ambush of US troops in Niger raised fresh questions Monday as to the nature of the mission and why the soldiers had been left so vulnerable.
The distressing video, distributed by a pro-IS news agency, includes graphic footage taken by a solder wearing a helmet camera.
It shows the chaos of the attack, including the solider wearing the camera being shot dead, with apparent IS fighters stalking past his body.
The Defense Department “is aware of alleged photos and IS propaganda video from the October 4, 2017 terrorist attack in Niger. The release of these materials demonstrates the depravity of the enemy we are fighting,” the Pentagon said in a statement.
The nine-minute video, set to Islamic chanting, includes an image of IS leader Abu Bakr al-Baghdadi and footage of pick-up trucks rolling through a desert landscape.
One of the vehicles is flying an IS flag and other trucks are packed with what appear to be fighters.
The October 4 attack occurred as a unit of American special forces soldiers together with 30 Nigerien troops returned from the village of Tongo Tongo, near the border with Mali.
They were attacked by a group of some 50 IS-affiliated fighters equipped with small arms, grenades and trucks mounted with guns.
Pentagon spokesman Colonel Rob Manning accused news outlets reporting on the video as being “complicit in amplifying ISIS propaganda.”
AFP has published a heavily redacted version of the footage.
– Ill-equipped –
The mission was supposed to be a low-risk patrol and the soldiers were clearly ill-equipped for the scale of the attack.
Footage shows the US troops wearing only limited body armor, desperately seeking cover behind an unarmored SUV while coming under heavy fire.
In a frantic bid to find some sort of concealment, the troops deployed red smoke grenades but the parched landscape of scrub and dirt provided no effective cover.
At one point in the video, a US soldier is shot and a comrade attempts to pull him to cover behind the SUV.
As their position is about overrun, they have no choice but to try to run away, but there is nowhere to hide.
Four American soldiers were killed along with at least five Nigerien troops. The body of one US soldier, Sergeant La David Johnson, was not recovered until the following day.
“Knowing that they were asked to try and complete and execute this type of mission with that type of equipment, I just could not believe it,” Republican Congressman Marc Veasey told CBS news.
Questions remain about what intelligence failures may have occurred that allowed such a large attack, and why the soldiers did not get immediate back up or air support.
The Americans had been on a joint patrol with Nigerien counterparts they were training when they were ambushed by motorcycle-riding and car-driving gunmen in the Tillaberi region in the Niger’s southwest.
Pentagon investigators have completed a probe into the incident, and that report is currently under review by Defense Secretary Jim Mattis.