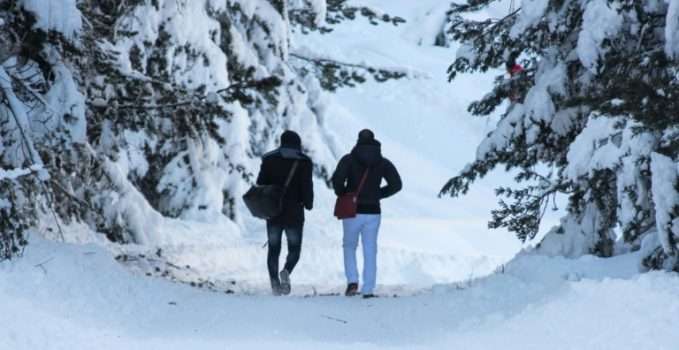 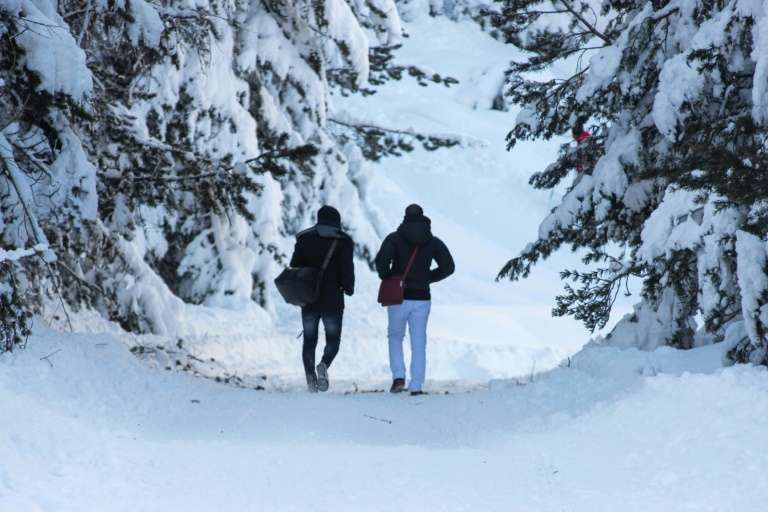 Hundreds of young west African men have trudged over the Alps from Italy in the past two years, using one of the lesser known routes on Europe’s migrant trail 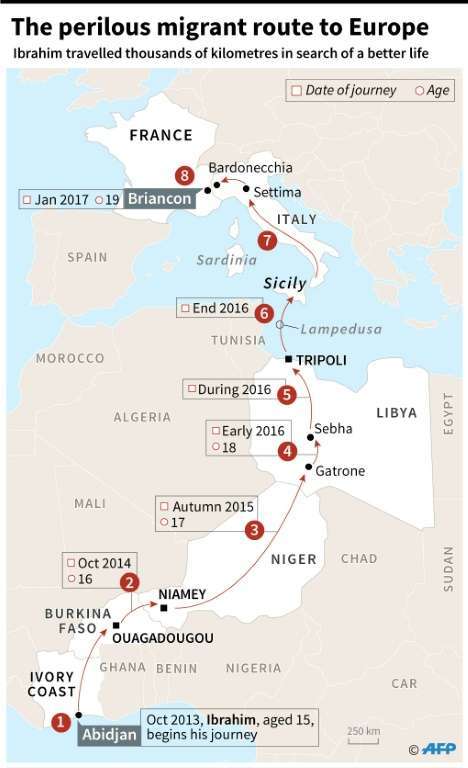 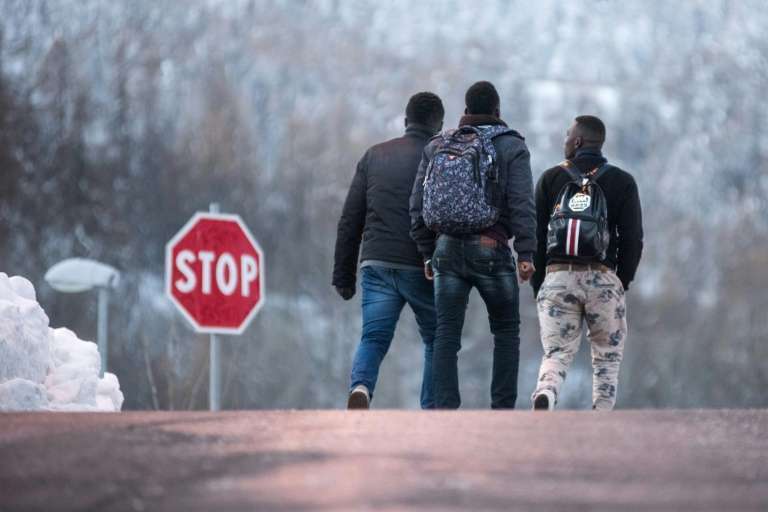 For many migrants arriving in Europe, it’s difficult to talk about the toll taken by the journey. But Ibrahim Soumahoro is unusually frank: the four years spent getting to France have been “lost years”.
“I wouldn’t make this journey again for anything in the world,” the 20-year-old Ivorian said, struggling to control his emotions as he tells his story.
“It’s not worthy of a human being, all this humiliation.”
After a trip that saw him go through hell in Libya and lose his best friend in the Mediterranean, Soumahoro wound up in Briancon, a town perched high in the French Alps.
In jeans and a hoodie, his hair in short dreadlocks, Soumahoro looks like any other young man, but he has seen enough horror for a lifetime.
“I don’t know how many times I’ve flirted with death. Frankly, I’ve lost four years of my life.”
Soumahoro is one of hundreds of young west African men who have trudged over the Alps from Italy in the past two years, using one of the lesser known routes on Europe’s migrant trail.
Born to poor parents in a remote village in Ivory Coast, he was raised by an uncle in the economic capital Abidjan.
But the uncle died in the fighting that followed Ivory Coast’s disputed 2011 election, and Ibrahim was left to fend for himself at 13.
He ended up hanging out with street gangs in the city.
“I had a friend who was like a big brother to me, and we said to ourselves that this wasn’t a life,” he related.
The pair packed their bags and set off on an international adventure when Soumahoro was just 15.
At first they scraped by in neighbouring Burkina Faso, but that country was also soon plunged into crisis, when anti-government protesters forced out a long-sitting president in 2014.
So the two youths moved on, first to Niger, one of the poorest countries in the world, and then to Libya, where they heard there was work to be had rebuilding after the war that toppled dictator Moamer Kadhafi.
They had no idea of the horrors that awaited them there.
They ended up in the desert town of Sabha, where African migrants were kept in slave houses as forced labour — “one for the Gambians, one for the Guineans, one for the Ivorians”, as Soumahoro recalls it.
– Filmed fighting for bread –
At first the boys tried to stay inside, terrified of being kidnapped. But eventually they ran out of money, and went looking for work.
Before they knew it Dosso had been kidnapped.
After his family finally managed to scrape together the money for a ransom, the two Ivorians decided to leave Libya.
They headed to the capital Tripoli, where Soumahoro found odd jobs as a labourer, but his employers were often abusive, warning him off at gunpoint when he demanded his wages.
In 2016, he himself was abducted and spent several weeks in a prison. Every day was filled with appalling humiliations, fed on scraps of bread, detained in filth.
“There were a hundred of us and the guy would throw in 70 pieces of bread. People would fight for them and the prison guards would film us. It made them laugh,” he recalled.
People smugglers, meanwhile, painted Europe as an easy escape.
“They tell you the crossing will last 30 minutes and then you’ll be in Italy.
“Your friends are already there, and you say to yourself, why don’t you take your chance too? This idea gets sold to you, to come to Europe whatever the cost.”
In late 2016, Soumahoro and Dosso set sail for Italy in two inflatable boats packed with 120 people.
Dosso drowned after his boat capsized leaving a shaken Soumahoro to plough on alone.
– ‘Family to family’ –
Soumahoro ploughed on, moving up through Italy, sleeping seven to a tent in the middle of winter.
Eventually he heard that west Africans like him were heading to France through the Echelle pass in the Alps — perilous, at 1,762 metres (5,780 feet), but with no border crossing.
He entered France in January 2017, taking two days to cross the mountain.
With the help of local volunteers, he has finally been accepted onto a training course as a carer while still waiting for his asylum claim to be processed.
But his days are lonely and full of uncertainty.
“I don’t have a fixed place where I can stay, I go from family to family,” he said.
“You ask yourself what you’re doing here. You tell yourself you’re good for nothing. A man’s life shouldn’t be about staying put and doing nothing; you want to feel useful.
“You want to feel like you’re contributing something positive to society.”