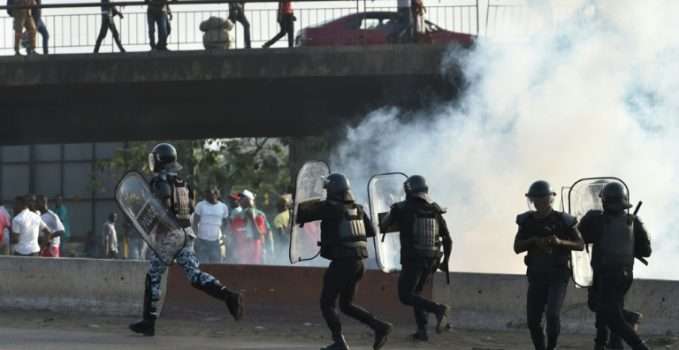 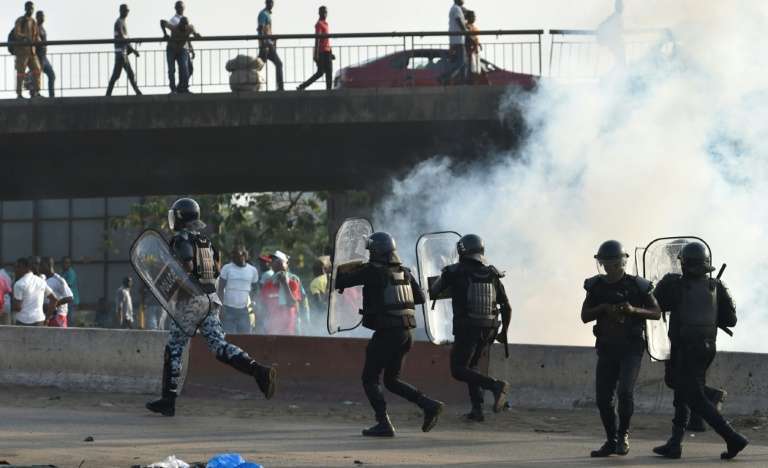 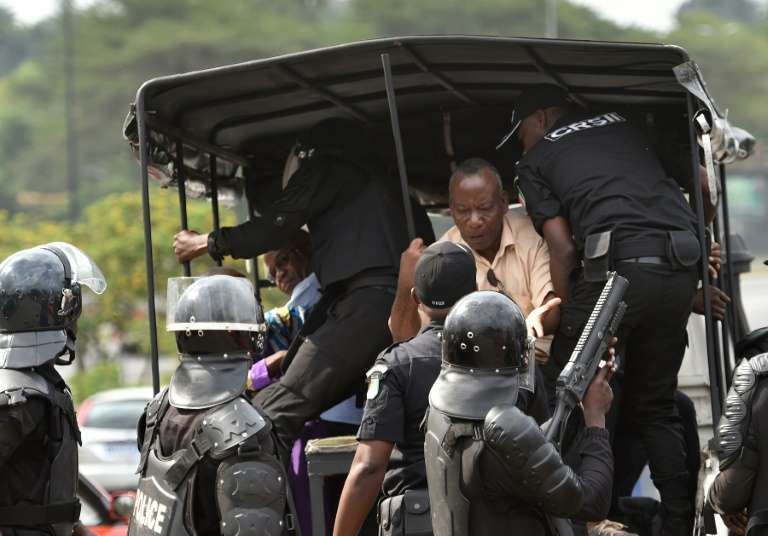 Riot police in Ivory Coast on Thursday arrested protestors and fired teargas to prevent an opposition demonstration from going ahead, AFP journalists said.
The opposition coalition Together for Democracy and Sovereignty (EDS) called the march to protest against the electoral commission which it accuses of political bias.
It comes ahead of senatorial elections on Saturday, with municipal and regional polls due later in 2018 ahead of presidential elections in 2020.
Police used tear gas and arrested around a dozen demonstrators who were heading towards the starting point of Thursday’s rally in the economic centre Abidjan.
After three hours of trying to evade police, the EDS cancelled the rally.
EDS spokesman Jean-Gervais Tcheide was arrested while he was being interviewed by reporters, an AFP journalist said.
EDS president Georges Armand Ouegnin said he felt “scandalised by the serious violation of freedom of expression”.
“In a democratic country we have the right to protest, to express our unhappiness by way of a peaceful and democratic march,” he told AFP by telephone.
He said the protest was banned by authorities on Wednesday evening over a disagreement about the route.
The police and the government could not be immediately reached for comment.
The opposition coalition is calling for a change in the composition of the electoral commission, which is made up of eight members from the ruling party and four from the opposition.
About 3,000 people died when rival supporters clashed on the streets of Abidjan following the disputed 2010 presidential elections.
Former president Laurent Gbagbo is currently on trial in The Hague accused of inciting the post-electoral violence after losing to bitter rival and current leader Alassane Ouattara.