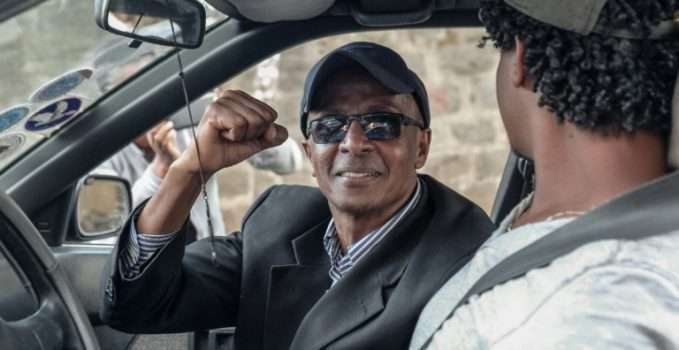 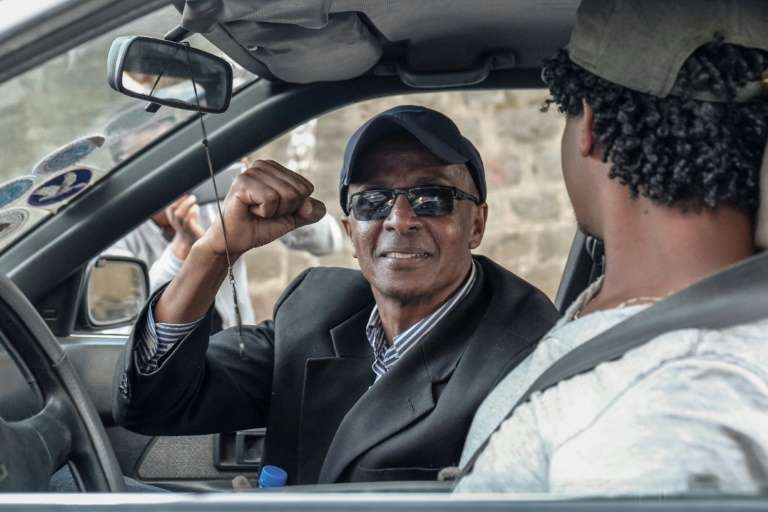 After more than six years in jail, Ethiopian journalist Eskinder Nega remains as defiant and as determined as ever, following his release last month.

More than six years in jail have not blunted Ethiopian journalist Eskinder Nega’s criticism of the government that put him there.
He was released in February, as part of a broad prisoner amnesty, and remains just as defiant, just as determined as when he was locked up for writing critical articles.
“I am prepared to go back to prison,” Eskinder, 47, said in an interview in the Ethiopian capital this week. “What I am not prepared to do is give up.”
“We will continue to press and struggle for freedom of expression and democracy.”
Eskinder’s widely-read columns routinely took his country’s authoritarian, one-party government to task, until his arrest in September 2011, after writing a column predicting an Arab Spring-style uprising in Ethiopia.
Like other critical journalists, bloggers, activists and politicians, he was charged with terrorist offences and later sentenced to 18 years in prison.
His trial and detention attracted international condemnation from rights groups, including the literary freedom organisation PEN International.
Despite the recent, unexpected release of thousands of political prisoners, himself included, Eskinder fears life for journalists may worsen — not improve — following the ruling Ethiopian People’s Revolutionary Democratic Front (EPRDF) government’s declaration of a nationwide state of emergency last month.
– A country at a tipping point –
If the government hoped Eskinder might slip into grateful silence, they will be disappointed: he told AFP he plans to press on with his journalism as fearlessly as before.
For a country defined by the all-pervasive power of the ruling party, Ethiopia is at a rare tipping point between greater openness and continued oppression.
Prime Minister Hailemariam Desalegn announced his resignation last month, a move unprecedented in the party’s 27-year rule. Behind closed doors, EPRDF leaders are in the midst of an opaque process of selecting a successor.
Whoever is chosen, Eskinder said an essential first step will be a willingness to talk, even to the party’s enemies, if people are to believe democracy is growing.
“If that person wants to make change, wants to make real change in this country, he will have to engage in negotiations with all political parties, including those who have been branded as terrorist organisations,” he said.
Eskinder was convicted of links to the armed anti-government group Ginbot 7 in a verdict that “deeply disappointed” Ethiopia’s ally the United States.
He has always denied the charge, and refused to sign a confession even though he believes it would have earned him early release.
Eskinder said he spent much of his sentence confined to a small room and yard with three other prisoners. In a column smuggled out, and published in the New York Times in 2013, he described the prison as a “gulag”.
– Democracy rising? –
The prisoner amnesty that saw his release was described by Hailemariam as aiming to “improve the national consensus and widen the democratic platform,” but analysts saw it as a reaction to popular anti-government sentiment.
Months of destructive, sometimes deadly, protests began in late 2015 and only stopped after the imposition of a 10-month state of emergency in October 2016.
Africa’s second-most-populous country remains a hard place for the press, ranking 150 out of 180 countries on Reporters Without Borders’ press freedom index.
Earlier this month, authorities deported British journalist William Davison after refusing to renew his press accreditation and last year they implemented a new regulation banning foreign journalists from owning cars.
After first travelling to the United States to reunite with his wife, who moved to Virginia with his 11-year-old son while he was jailed, Eskinder is considering a shift from print to broadcast journalism in a bid to reach a wider audience.
“To be relevant to the struggle, I think involvement in satellite television is fundamental,” Eskinder said.
But while the medium may change, the message remains the same: “It’s western liberal democracy that I envision for the country.”