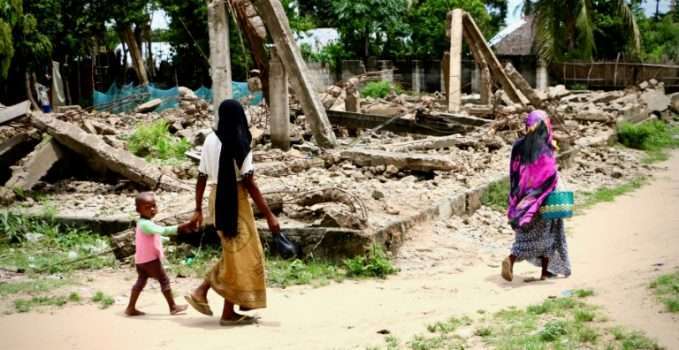 Posted On March 23, 2018 By In COUNTRIES, Mozambique, Photo gallery, SLIDER-, VIDEO&PHOTO With 618 Views 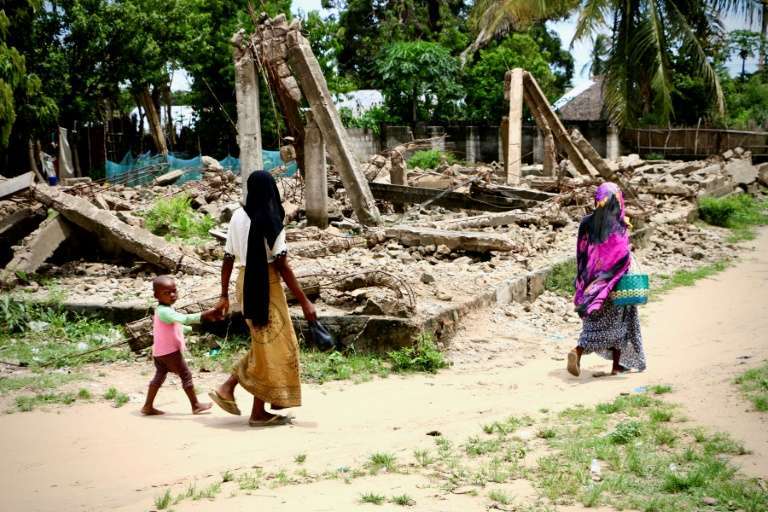 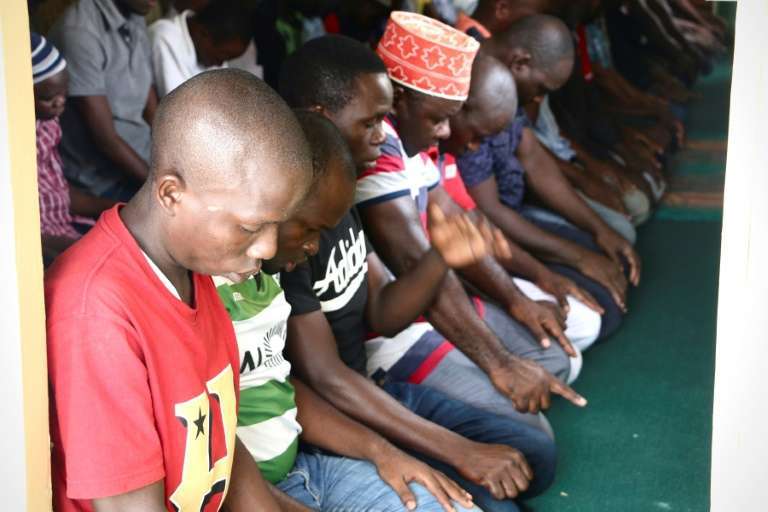 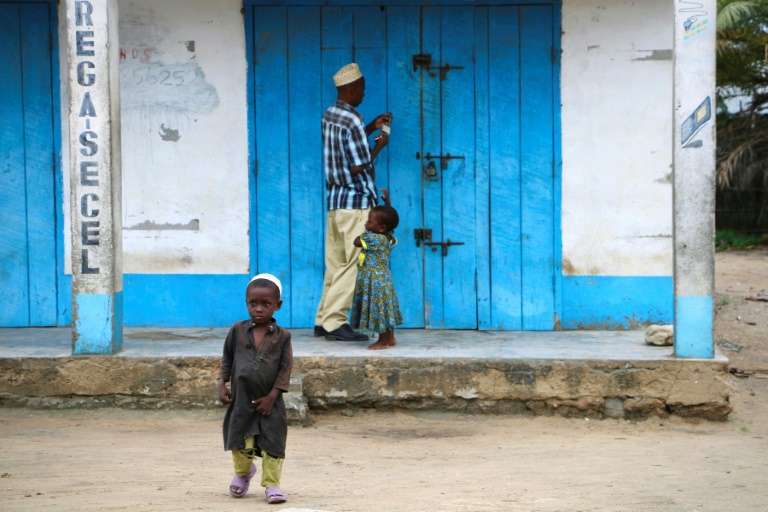 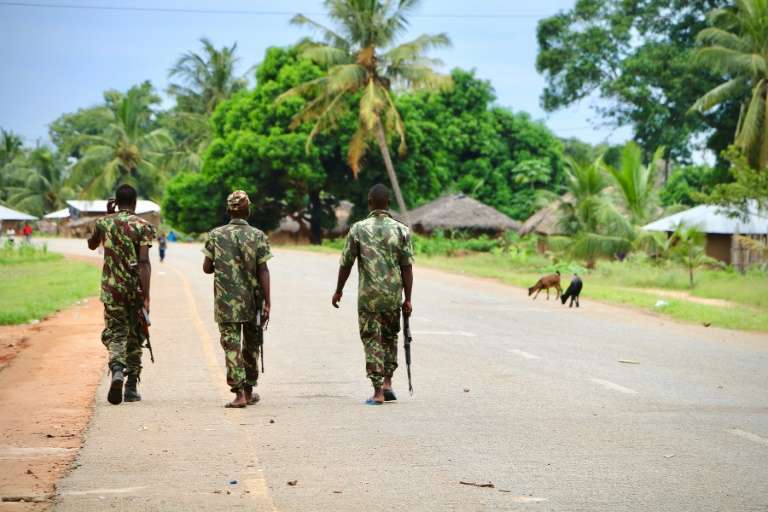 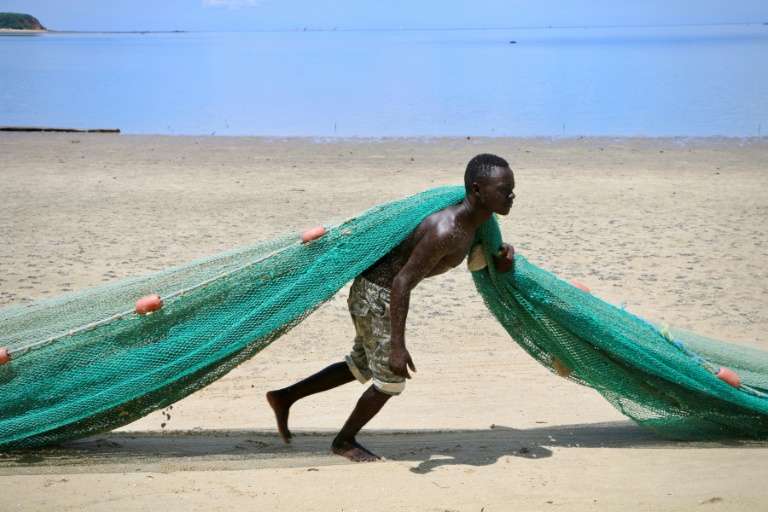 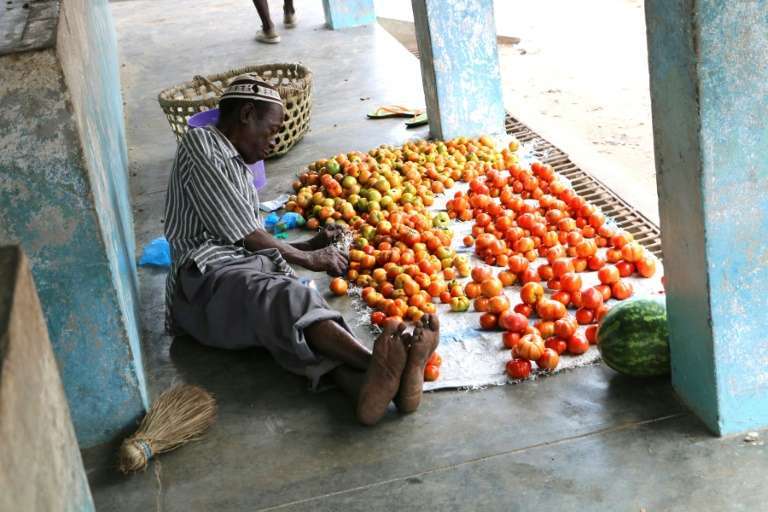 What’s left of the Nanduadua mosque lies deep within a labyrinth of alleyways in Mocimboa da Praia, a port town in Mozambique’s far north.
A handful of veiled women hurry past the one-time place of worship, which is now reduced to rubble.
“It was the mosque of criminals,” local resident Ussene Amisse told AFP. “The mosque of those with hearts of stone.”
The Mozambique government ordered it to be levelled in October after a bloody attack blamed on radicalised Muslim youth who allegedly worshipped at the mosque.
The apparent jihadist attack — the first of its type in the country — sent a shockwave through Mozambique, which emerged from its long civil war in 1992.
The strike targeted a nearby police and military post, leaving two officers and 14 attackers dead.
A number of subsequent armed incidents and kidnappings followed, fuelled by long-suppressed frustrations in the majority-Muslim northern region.
– ‘Taken by surprise’ –
The initial bloodshed happened in the small hours of October 5.
“We heard shouting and gunfire,” recalls local man Juma Tuaibo.
“We quickly understood that the youth from the mosque were behind the incidents. We fled to seek refuge in a nearby village.”
Dozens of armed men, known locally as “al-Shabaab” — Arabic for “youth” though with no confirmed link to the Somali jihadist group of the same name — stormed the police station, the fire station and a forestry ranger post.
In a matter of hours, they had taken control of the town.
“We were taken by surprise,” a local official told AFP on condition of anonymity.
“It took us two days of fighting and the deployment of reinforcements to chase them out of town.”
Authorities were initially hesitant about identifying their new enemy, referring vaguely to a group seeking to “upset the established order”.
The attackers had nothing to do with Al-Shabaab, officials insist.
In the following weeks, at least 300 Muslims were arrested and several mosques forced to close.
President Filipe Nyusi also fired the heads of the army and the intelligence agencies, blaming them for having missed the warning signs.
– An emerging threat –
But in Mocimboa, the emergence of a radical faction in the Muslim community was widely known.
“It started three years ago. Fifty or so young people from the town said that we weren’t true Muslims,” said Ussene Amisse, a teacher at a Koranic school.
“Some of them learnt these things in Somalia. It was when they returned that they started to cause problems.”
Radicalised men told their followers not to send their children to school, not to vote and to disobey the authorities.
“They followed the example of fundamentalists in other countries,” sighs Amadi Mboni, one of the town’s religious leaders.
“We knew, we informed our authorities of the danger — but we weren’t able to prevent some of our children and grandchildren from joining them.”
According to official statistics, 17 percent of Mozambicans are Muslim but Islamic leaders say the real figure could be double. In Mocimboa, more than half of the population is Muslim.
– The neglected north –
Frelimo, the ruling party since national independence, has long trumpeted the peaceful coexistence of different religions in Mozambique.
But the country’s north has largely been excluded from the economic growth of the last 20 years.
Many in the north also doubt that they will reap the rewards of the vast gas deposits recently discovered off the shores of Palma near Mocimboa.
In a region which sees itself as a neglected outpost, radical Al-Shabaab-style ideology has found a receptive audience.
“It’s an area of Islamic influence, where state power is weak,” said journalist and commentator Fernando Lima.
Other than a pair of armoured vehicles stationed outside police headquarters, Mocimboa is quiet for now.
Mayor Fernando Neves says everything has gone back to normal since the attacks.
“We have started working again,” he said. “These people used Islam to try to divide us… but we didn’t let them.”
– Fear spreading –
While security checkpoints have been removed, police warnings to travellers visiting the region suggest an ongoing risk.
Police refuse to comment on the number of Islamist sympathisers thought to still be at large, but several witnesses reported that the group has retreated to nearby forests.
Last week, raiders stormed Chitolo village where one man was killed and several homes were burnt down, according to state radio.
“Since the attacks, I don’t want to go to other villages, I’ll only go there armed,” said Amisse Oumar, a traditional chief of Quelimane village, 15 kilometres (10 miles) north of Mocimboa.
“People can no longer access their fields, people don’t have any more food.”
Oumar said a female villager was kidnapped in October while another man was captured and his head reportedly cut off.
There are dozens of similar stories of kidnappings blamed on “al-Shabaab”.
– Boko Haram tactics? –
And while the number of abductions is still far from the scale of kidnappings by Boko Haram in Nigeria, there are striking similarities in their tactics.
“I was in the field on January 1 with my wife when I saw armed men in the forest,” said Momadi Mfaoume.
“We ran, but my wife was captured. Other women who managed to escape told me that my wife had been forced to remarry,” he added, sobbing.
Authorities said they were not aware of the disappearances.
“The region is safe,” stressed the local official, but he called for authorities to investigate who is leading the attackers, who arms them and what links they may have with other countries.