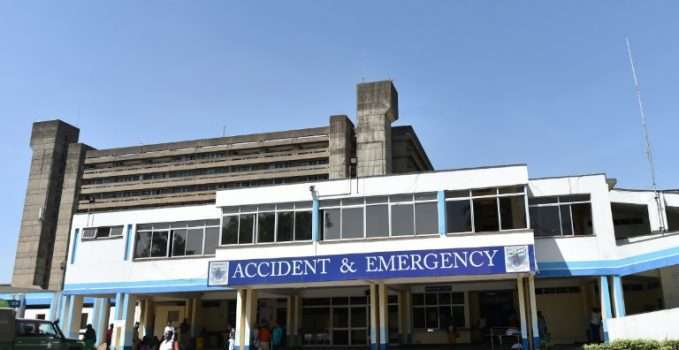 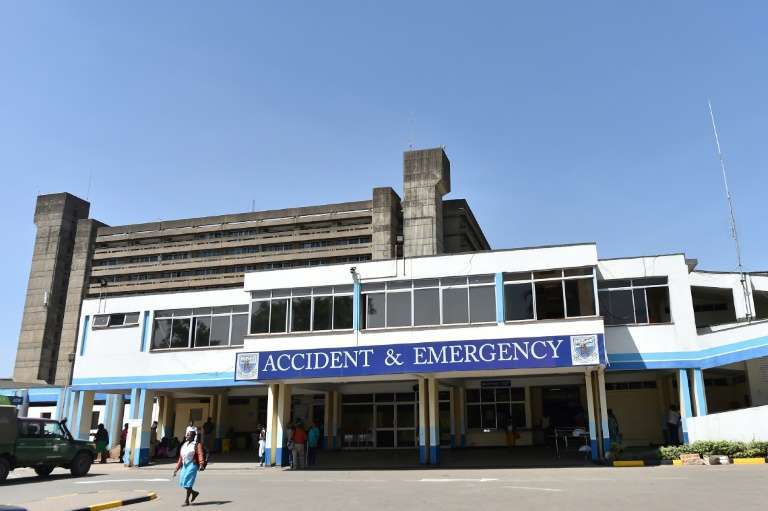 The accident and emergency wing of Kenya’s oldest hospital, the Kenyatta National Hospital (KNH), in Nairobi

A neurosurgeon at Kenya’s largest hospital has been suspended after performing brain surgery on the wrong patient, the hospital said in a statement on Friday.
The scandal, which prompted an outpouring of horror on social media, is the latest drama to hit the Kenyatta National Hospital in recent weeks, after allegations of staff sexually assaulting patients, and the theft of a baby.
The hospital said the surgeon, as well as two nurses and an anaesthetist, had been suspended pending an investigation into the operation “on the wrong patient”.
Health Minister Sicily Kariuki also suspended the CEO of the hospital over the blunder.
An investigation by the Daily Nation newspaper revealed that two men had been taken to the hospital last Sunday.
One required surgery to remove a blood clot to his brain, while the other needed only medication for a swollen head.
Hours into the surgery doctors discovered there was no blood clot in the brain of their patient, and that they were in fact operating on the wrong man, the newspaper reported.
“The hospital deeply regrets this event and has done all it can to ensure the safety and wellbeing of the patient in question,” read the statement from the hospital, adding the patient was “in recovery and progressing well”.
Kenyatta National Hospital is Kenya’s oldest and largest hospital, and also serves as a teaching hospital.