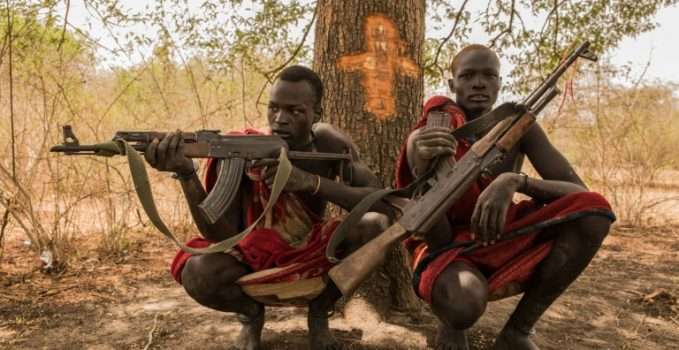 Living across the front lines in South Sudan 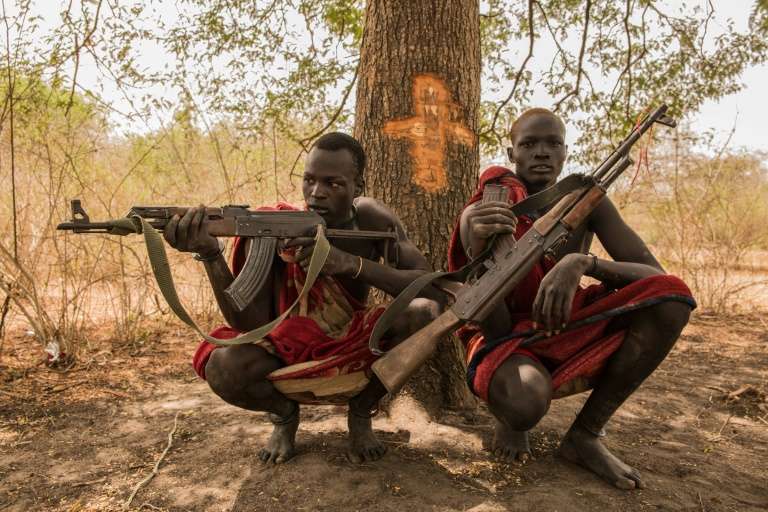 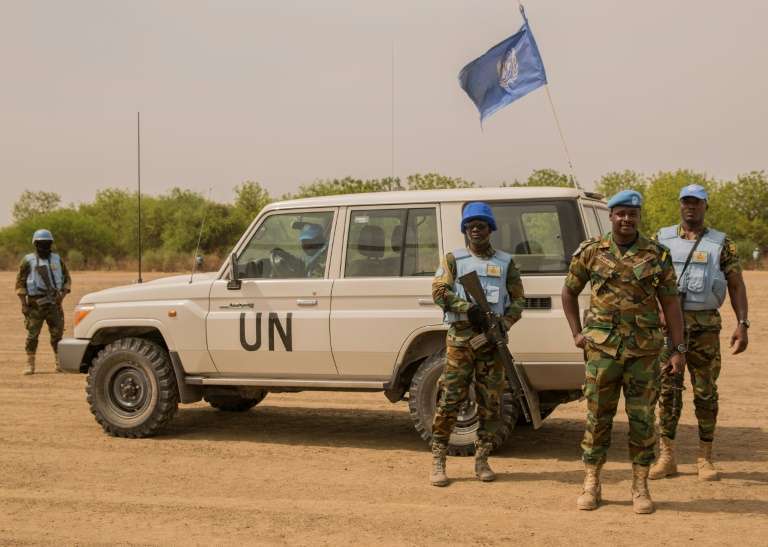 Nyakol was 15, healthy and strong when South Sudanese soldiers attacked her hometown of Leer, forcing her to flee with her mother into the surrounding swamps.
Not for the first time, government troops tore through the northern rebel stronghold, killing, kidnapping and raping, so Nyakol was lucky to escape, but she contracted cerebral malaria while in hiding.
Treatment for the disease came too late, leaving her brain-damaged and unable to walk, talk or eat without help.
In the nearly three years since, Nyakol’s mother, Nyaduol, has carried her to safety numerous times as fighting has continued.
Their most recent uprooting was just last month when they managed to cross the shifting front lines, arriving exhausted and hungry in rebel-held Touch Riak, less than 16 kilometres (10 miles) from Leer.
The constant upheaval of conflict, illness and starvation has left Nyakol severely malnourished: her weight is that of a two-year-old, her skin hanging loose on protruding bones.
– A war on civilians –
South Sudan’s civil war began in late 2013 and has overwhelmingly affected civilians who are treated as prey by soldiers from all sides.
Rape, torture, murder and starvation have come to define the conflict, while efforts to bring peace have failed.
Leer has been the epicentre of this man-made crisis. The town was once home to rebel leader Riek Machar and dominated by his Nuer tribe, and so was a target for government forces.
The violent tug-of-war between government and rebel forces has scattered most of the population to places like Touch Riak, the village where Nyakol and her mother are staying, squatters at a tarpaulin hospital.
Leer is, for now, under government control and so off-limits to Nyakol.
“Touch Riak is still in the hands of the opposition and during the rainy season it becomes an island. That’s why we feel safe here,” said Nyaduol as she tended to her invalid daughter, lying prone on the makeshift clinic’s dirt floor.
Leer is also largely abandoned by international aid agencies, who have not returned since the major government offensive of 2015, unwilling to take the risk of operating in the area after their compounds were serially looted and their staff threatened.
– Access blocked –
Instead, local South Sudanese charities are on the ground, while the UN’s World Food Programme (WFP) drops sacks of food from the air.
“The situation is tense and it’s difficult to move,” said Gatkan David Jal of the Universal Intervention and Development Organisation, one of just two NGOs in Leer.
Movement is expensive too: a series of roadblocks manned by voracious soldiers mean that Jal, like other aid workers, must use a helicopter to cover even short distances.
Last year, famine was declared in Leer, triggering a massive airlift of emergency food that mitigated the worst of the starvation.
But hunger remains.
“We need to take food to where hunger and hungry people are before they are cut off due to the rainy season. With the start of the rains, the situation will become extremely dire,” said the WFP’s Adnan Khan.
The impending rains will make travel overland all but impossible, washing away the few seasonal roads.
“Access then becomes our biggest challenge and it’s only possible by air,” said James Mat Gai, programme director of Nile Hope, which runs the hospital where Nyakol is being treated.
– Nowhere to run –
Renewed fighting is also a predictable threat to the refuge of Touch Riak.
Makuil Puok, a 25-year-old patient lies on the floor, hunched in pain and breathing heavily. His lowered trousers reveal a gunshot wound in his buttock, sustained as he tried to make the journey to safety.
“I tried to cross the front line to get to Touch Riak, but a soldier shot me,” he said. Gai’s staff have cleaned and dressed the wound, but they were unable to extract the bullet.
Puok said if the war catches up with him again he will escape by canoe.
But for Nyakol and her mother, the running is over. “My daughter almost died when we crossed into Touch Riak. She is very weak. I hope we’ll be even safer here when we’re cut off by water,” she said.
But safety without food is just a slower death sentence, so Nyaduol is taking every opportunity to forage in the swamps or seek her share of what little aid arrives.
“Before the rains start, we need to make sure to have enough food to survive,” she said.