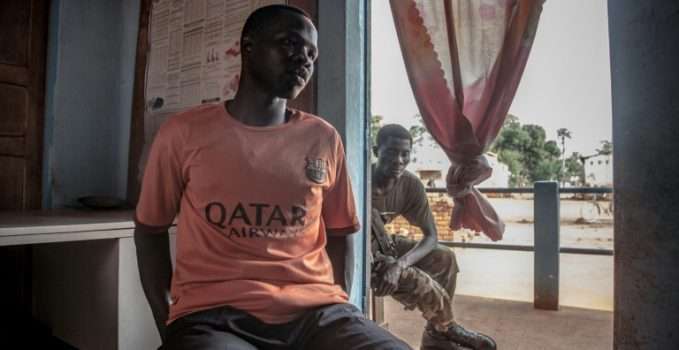 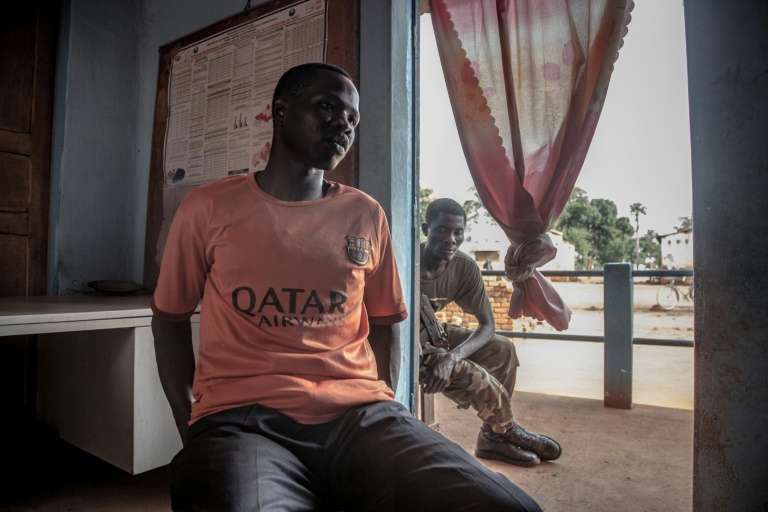 Former LRA fighter Patrick Kidega, who is being held at Obo, in southeastern Central African Republic, after he surrendered last year 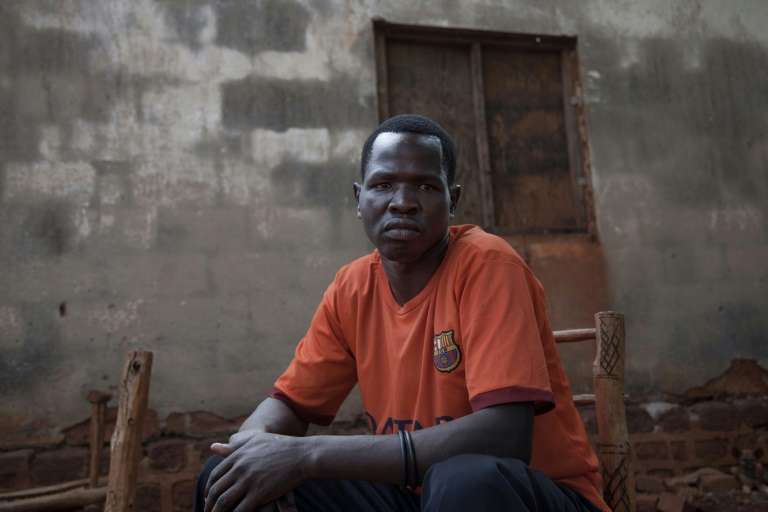 By his own admission, former militia man Patrick Kidega spent half of his life as a plunderer — guarding his leader, stealing from locals and kidnapping children as his group rampaged across central Africa.
But he himself was a stolen child, abducted at the age of 15 and forced to join one of Africa’s most notorious armed groups: the Lord’s Resistance Army (LRA).
“One evening, in Uganda, I was coming back home after school and as I arrived men from the LRA came out of the bush and took everyone from the village, my parents were tied up,” Kidega told AFP.
“They took everyone into the bush but they only kept the children.”
He went on to spend 15 years in the armed group, marauding the lawless border lands between the Democratic Republic of Congo (DRC), Central African Republic (CAR) and Sudan.
The fanatical Christian movement, whose mission is to rule by the Bible’s Ten Commandments, is held responsible for more than 100,000 deaths, and the abduction of between 60,000 and 100,000 children, according to a UN toll in 2013.
The rebel group is infamous for forcing the enrolment of children.
“My mission was to protect our leader in the bush. Sometimes we went out to a village, took people and food and took them back to the bush,” said Kidega said.
“We were told only to take small children.”
-‘Sylvie’-
But last year Kidega said he broke ranks and defected, surrendering himself to the authorities.
“The leader wanted to overthrow the Ugandan regime but he was incapable of doing it,” said Kidega.
“So I chose to go to Darfur (in Sudan). But on the road there I decided to leave the group,” he said.
His account cannot be independently verified.
Like Kidega, many LRA fighters fled the rebel group after Ugandan soldiers, supported by the US military, conducted a mission against them between 2000 and 2017, reducing the group to around 200 people.
Now in Obo in CAR, close to the borders with South Sudan and the DRC, Kidega is waiting for his case to be judged by the local judiciary.
After 15 years with the rebel group, he said his defection was down to a woman named Sylvie.
Sylvie was abducted by the group in 2012 and became Kidega’s wife.
“It was because of her that I left and I saved her life. I had a child with her, I got both of them out.”
Mother and child are now being cared for by an NGO called Invisible Children and the pair visit Kidega each day at the police station.
But with his case looming, he fears for their future together.
“The procedure is moving towards extradition in Uganda,” said regional prosecutor Claude Gerard Kouzou Pacific.
“It would encourage Ugandans in the LRA to defect.”
For Kidega it could mean being forced to leave his new family behind: “I don’t know if I’ll be able to be with them.”