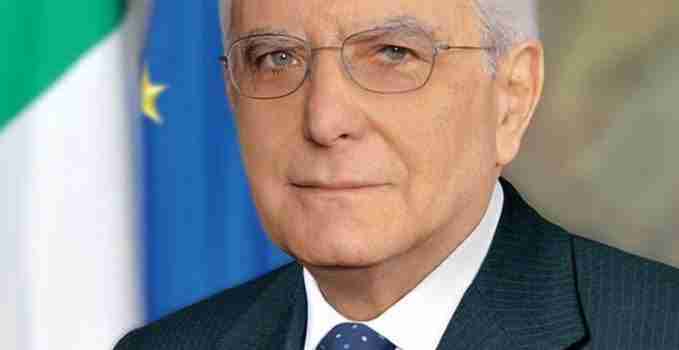 Mattarella in Mozambique, state visit to a friendly country now crucial for gas 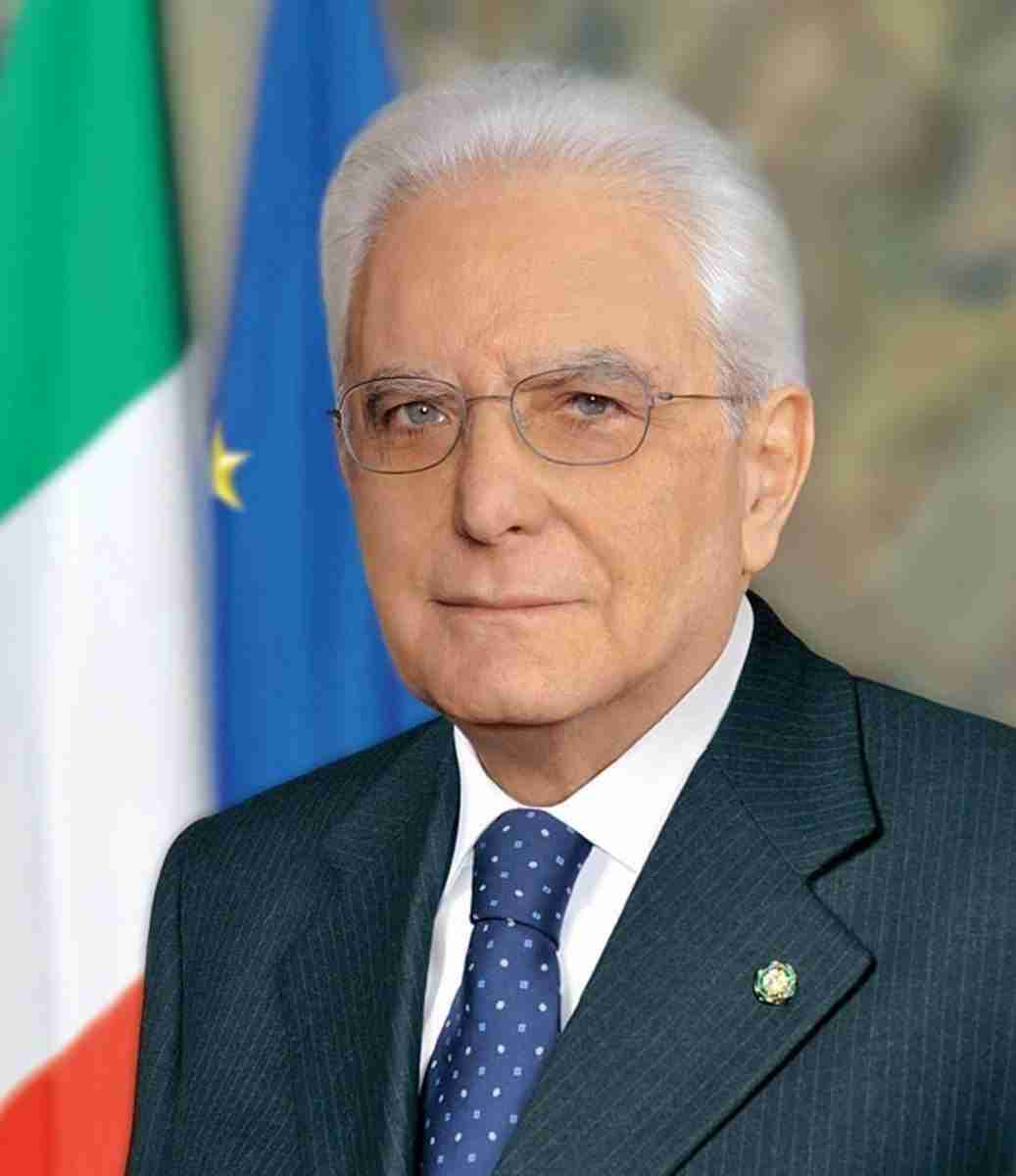 On Monday will start the visit of the President of the Republic in Maputo, a country that, thanks to the fields of Cabo Delgado and thanks to the active presence of Eni and Saipem, could be fundamental in the race for gas supplies 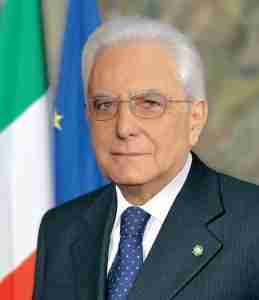 The historic excellent relations that bind Italy to Mozambique have found a powerful new glue in the war in Ukraine and the ensuing energy crisis that has hit Europe. The state visit of the President of the Italian Republic, Sergio Mattarella, which starts on Monday in Maputo, should be placed in this framework because the cuts in Russian gas, already made and on the way, could find partial but good compensation in the supplies for our country coming precisely from Mozambique, which has the potential to become the second largest producer in the world and where important Italian companies, such as Eni and Saipem, are already involved in extraction activities.

Italy and Mozambique have historical ties not related to colonial times (the Portuguese were here, and left theirs as the official language) but no less important for that. On the contrary, that between Rome and Maputo is a special relationship precisely because it stems from the peace agreements that led to the birth of the republic of this large country (twice the size of ours) in south-east Africa and that were favoured by Italian mediation.

THE 30TH ANNIVERSARY OF THE PEACE OF ROME

The end of the decades-long civil war opposing the Mozambique Liberation Front and the Mozambican National Resistance was in fact reached in Rome 30 years ago thanks to the mediation of the Community of Sant’Egidio, which had been active in Mozambique for decades. It was a patient, difficult work that nevertheless led to the signing of agreements that reunited the country, favouring the birth of a democratic republic, able to work for the development and prosperity of the nation. An important mediation that Mozambicans have not forgotten, also thanks to the solidarity that Italy has shown in other difficult moments, for example after the devastation caused in 2019 by the passage of cyclones Idai and Kenneth in the central and northern regions.

It is this positive climate that has allowed companies such as Eni and Saipem, but also Nuova Pignone, Renco, CMC, Bonatti and the Leonardo Group, to work well in Mozambique. To return to the most important topic, that of fuels, and to get an idea of the volumes, we can recall that the current Italian investment in gas in this country, which is based in Cabo Delgado, has a total value of around USD 15 billion.

Also significant in this sense are the words that Eni’s CEO, Claudio Descalzi, had on the subject back in 2014. “Eni,” Descalzi said, “has made the biggest gas discovery in its history in Mozambique, 2,400 billion cubic metres of gas that would satisfy the needs of the Italians for 30 years. 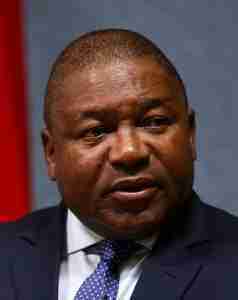 Mattarella’s visit, which follows the preparatory one by Foreign Minister Luigi di Maio last spring, takes place in this context of friendship and mutual expectations. The general historical moment is difficult for everyone. The horrors of war added to the supply crisis put Italy in the position of having to act soon and well not only to keep its energy system intact but also not to lose strength in the face of the Russians and competitiveness on the markets.

At the same time, for Mozambique, which is burdened by a heavy public debt, Italy’s needs are an important opportunity to give new impetus to mining activities, which, partly due to terrorist activities in the north of the country, where Cabo Delgado is located, have caused a series of delays to the entire project in recent years. In short, it seems a good time for the two countries to press on the accelerator: for Mozambique, to give consistency and perspective to the country’s economic development, for Italy to have greater energy autonomy.

President Mattarella, accompanied by his daughter Laura and Secretary General Ugo Zampetti, in Maputo will meet his Mozambican counterpart who had invited him during his official visit to Italy, which took place in July 2019 and was scheduled for March 2020 but then postponed due to the outbreak of the Covid pandemic. Mattarella will meet with the institutional leadership of the Republic of Mozambique and will also visit the Dream centre, run by the Community of Sant’Egidio in the suburb of Zimpeto, which is one of the most successful testimonies of Italian civil society’s commitment to improving the conditions of the most fragile sectors of the Mozambican population.

Zwelinzima Vavi@Zwelinzima1You can use every label under the son, the working class is moving forward and will liberate itself! twitter.com/tebogokhaas/st…14 hours ago13 August 2022

JasonNjoku@JasonNjokuO (9) thinks he can beat me in short sprints. My preference is endurance swimming 1.5km+. I expect he to best me in… twitter.com/i/web/status/1…19 hours ago13 August 2022

Eric Wainaina@EricWainainaRT @Nanjala1: There's a whole essay to be written about how (men) perceive women in politics as taking up more room than they actually do.…1 day ago13 August 2022

Eric Wainaina@EricWainainaI was part of this beautiful project recently. It’s about maintaining peace and staying true to who we are. Check… twitter.com/i/web/status/1…1 day ago13 August 2022

Michel Sidibé@MichelSidibeRT @MSFsci: 📝"Lack of diversity in clinical research disadvantages everyone." A @LancetGH comment highlights the importance of diversity i…3 days ago10 August 2022

Louise Mushikiwabo@LMushikiwaboRT @MBA_AlThani_: Pleased to meet HE @LMushikiwabo, Secretary General of the International Organization of La Francophonie, to discuss the…5 days ago09 August 2022

Franklin CUDJOE@lordcudjoeThe President is right. No need to change the team. There are no substitutes. All of them are recuperating from Co… twitter.com/i/web/status/1…6 days ago08 August 2022

Michel Sidibé@MichelSidibeRT @Dottienjagi: The Republic of #Mozambique this week became the 30th @_AfricanUnion Member State to sign the Treaty for the establishmen…1 week ago05 August 2022

Ngozi Okonjo-Iweala@NOIwealaRT @wto: We deplore the numerous inaccuracies and unbalanced reporting and hope for accurate, fair, and transparent coverage on WTO matters…2 weeks ago01 August 2022

Ngozi Okonjo-Iweala@NOIwealaRT @wto: Thanks to @CimGOI for this rejoinder to @the_hindu article on #MC12. Grateful for the corrections to the mischaracterisations on…2 weeks ago01 August 2022

Michel Sidibé@MichelSidibeRT @dienekeita: Happening now the whole Africa @UNFPA leadership meeting in Addis Ababa under the leadership of @mabinguengom1 and of HE Co…2 weeks ago29 July 2022

Acha Leke@achaleke#GreenAfrica: If Namibia, Morocco, and Egypt dedicate less than 1% of land to renewables, they could generate expor… twitter.com/i/web/status/1…2 months ago22 June 2022

Acha Leke@achalekeRT @Ramah_Nyang: @achaleke, Senior Partner at McKinsey, talks through the vast trade deficit data for the continent as a whole. “We import…2 months ago15 June 2022

Acha Leke@achalekeI recently participated in the MyRookie moment series, where I reflected on my first time dealing with tough feedba… twitter.com/i/web/status/1…2 months ago06 June 2022

Acha Leke@achalekeAfrica’s green manufacturing crossroads: Choices for a low-carbon industrial future shows that #Africa has a stron… twitter.com/i/web/status/1…3 months ago27 May 2022

#Kadaga@RebeccaKadagaRT @JuliusBintu: Happy birthday Rt. Hon. @RebeccaKadagaUG.🎉🎂🎊 May this special day mark your entry into a new dimension of breakthroughs.…3 months ago24 May 2022

#Kadaga@RebeccaKadagaRT @JuliusBintu: #Uganda: Absence of the speaker and the deputy speaker of parliament Rt. Hon. @RebeccaKadagaUG advocated for creation of…5 months ago16 March 2022

Aliko Dangote@AlikoDangoteCongratulations to Makhtar Diop on your historic appointment as the first African Managing Director & Exec. VP of t… twitter.com/i/web/status/1…1 year ago19 February 2021

Aliko Dangote@AlikoDangoteCongratulations to Dr. Ngozi Okonjo-Iweala, the first African and female DG @wto. We are proud of your historic eme… twitter.com/i/web/status/1…1 year ago16 February 2021