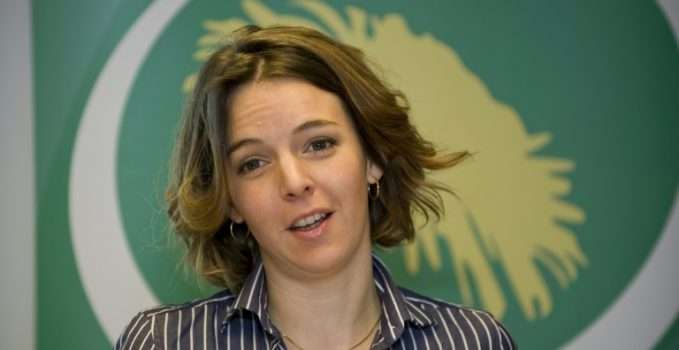 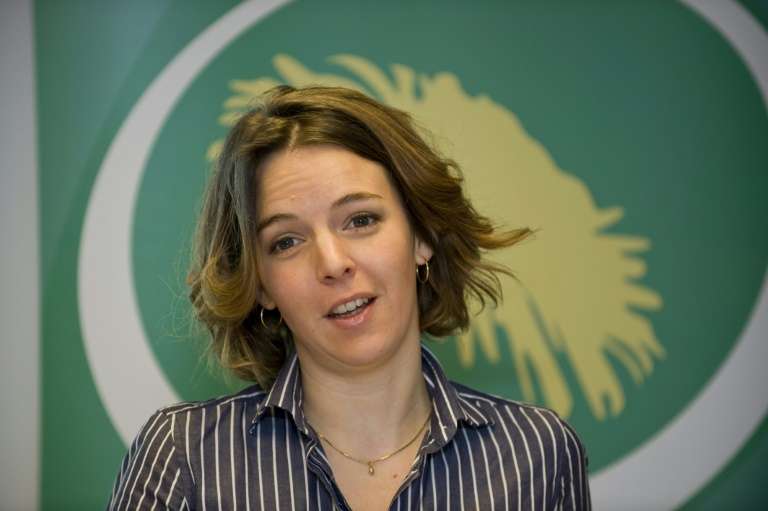 Swedish-Chilean Zaida Catalan, pictured in 2009, was with American Michael Sharp investigating reports of mass graves in the Kasai region when they were murdered

The head of a local militia group and a policeman have been arrested over the shock killing of two UN experts in DR Congo a year ago, officials said on Monday.
The two were arrested by troops on Saturday in the village of Bukundo, where the pair were found murdered, the deputy governor of Central Kasai province, Manix Kabuanga, told AFP.
The militia chief was named as Vincent Manga, while the policeman was not identified.
The two “are currently in the hands of the military judiciary,” a source at the military prosecutor’s office in Kananga, the provincial capital, said.
The two experts, Swedish-Chilean Zaida Catalan and American Michael Sharp, were investigating reports of mass graves in the Kasai region, where fierce fighting had erupted the previous year.
They reportedly left the city of Kananga on March 12 and their bodies were found 15 days later. Catalan had been decapitated.
Their deaths sent shockwaves through political and diplomatic circles in Kinshasa — especially so among humanitarian workers grappling with the country’s entrenched violence and escalating humanitarian crisis.
The authorities initially blamed the murder on “terrorists” of Kamwina Nsapu — the followers of a local traditional leader whose killing by government soldiers unleashed a revolt.
The violence has cost several thousand lives and forced around 1.4 million people from their homes.
Rights activists say government troops or militias supported by the authorities have been involved in many acts of brutality.
A trial of the suspected killers got underway at a military court but has been suspended since October 22, amid allegations that Manga’s group had intercepted the UN convoy and led it into the bush to carry out the murders.
On December 20, an investigation by Radio France Internationale (RFI) and Reuters implicated three state agents in the “organisation” of the attack.
A senior army official, asked by AFP to react to the latest developments, said the arrests marked “a significant advance” in the probe.

Ngozi Okonjo-Iweala@NOIwealaHappy Independence Day to Nigerians! Times are difficult but let’s give thanks for another year for Nigeria! Gratef… twitter.com/i/web/status/1…13 hours ago01 October 2022

Zwelinzima Vavi@Zwelinzima1Mediated Conversation: how do we get children away from the television, from the games console, from the phone from… twitter.com/i/web/status/1…14 hours ago01 October 2022

Zwelinzima Vavi@Zwelinzima1As long as you have a President who had a billion rands to win a conference but the country is kept in the dark as… twitter.com/i/web/status/1…18 hours ago01 October 2022

Zwelinzima Vavi@Zwelinzima1Appointment of the #Eskom is no solution to #Loadshedding they seeking to normalise. The crisis we have is a leader… twitter.com/i/web/status/1…19 hours ago01 October 2022

El-Ghassim Wane@elghassimwRT @UN_MINUSMA: "Inside a MINUSMA convoy for 24 hours": This is the journey of the Senegalese 🇸🇳 #Peacekeepers on their way to a remote bas…1 day ago30 September 2022

JasonNjoku@JasonNjokuRT @hpierrejacques: Founders, it’s really hard to go from $0 to $1M It often takes $3-5M+ of capital and 2-3+ years from launch Social me…1 day ago30 September 2022

Franklin CUDJOE@lordcudjoeThinking about the country's debt. We really need to treat this debt restructuring business carefully.2 days ago30 September 2022

Ngozi Okonjo-Iweala@NOIwealaInteresting insights from the terrific panel on Leveraging Technology for an inclusive recovery, one of dozens ongo… twitter.com/i/web/status/1…3 days ago28 September 2022

Ngozi Okonjo-Iweala@NOIwealaInspecting the SDGs display and other exhibits at the @wto Public Forum with H.E @UN_Valovaya Director-General of t… twitter.com/i/web/status/1…3 days ago28 September 2022

Michel Sidibé@MichelSidibeThank you @AfricanAmata for convening a conversation to discuss how patient groups, industry, academia and civil s… twitter.com/i/web/status/1…4 days ago28 September 2022

Michel Sidibé@MichelSidibeRT @IFPMA: 📢#AMATA in conversation with @MichelSidibe, @_AfricanUnion Special Envoy to the #AfricanMedicineAgency. The webinar will be a u…5 days ago26 September 2022

Michel Sidibé@MichelSidibeRT @nuurist: H.E. President @LAZARUSCHAKWERA of Malawi on the urgent for the reform of the UN to be more inclusive! #UNGA #UNGA77 #Africa @…7 days ago25 September 2022

Louise Mushikiwabo@LMushikiwaboRT @jumuiya: On the sidelines of the 77th #UNGA, EAC SG @pmathuki conferred with @LMushikiwabo, Secretary General of the International Orga…1 week ago22 September 2022

#Kadaga@RebeccaKadagaRT @JuliusBintu: #Uganda: Absence of the speaker and the deputy speaker of parliament Rt. Hon. @RebeccaKadagaUG advocated for creation of…7 months ago16 March 2022