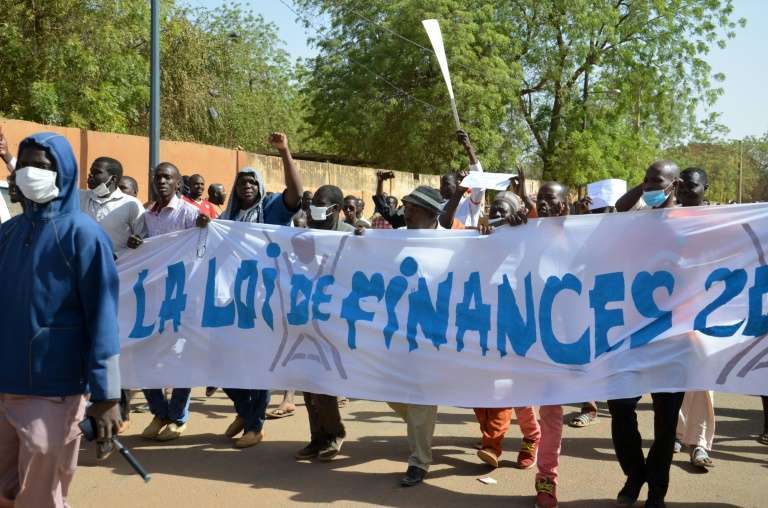 Police in Niger have arrested 23 people after a demonstration against new taxes in one of the world’s poorest nations turned violent, the interior minister said Monday.
The arrests came after a protest on Sunday, Bazoum Mohamed told AFP, adding that the organisers had defied a ban and then clashed with the police.
“They incited (the public) and disrupted public order and were arrested for rebellion for describing the ban as illegal,” he said.
A radio and television network owned by Ali Idrissa, one of four leading civil society members arrested, was also closed on Sunday.
“They aired live images of tyres burning on the streets … asked people to take to the streets and carried a subversive message of revolt,” the minister said. “They will remain closed until further notice.”
Protests have been regularly held in Niger against the new taxes and concessions to telephone companies to the tune of 30 million euros ($37 million), according to the opposition.
More than 80 percent of Niger is covered by the Sahara desert. Its economy has been affected by falls in both oil prices, which it officially began exporting in 2011, and uranium, of which it is a major exporter.
The government says it is cash strapped as it has to spend resources to combat attacks by Boko Haram, whose Islamist insurgency has spilled over from Nigeria, as well as from jihadists, including the Daesh group, near the border with Mali.
Finance Minister Hassoumi Massadou said in February that the 2018 budget hardly affected people in the countryside, where more than 80 percent of Niger’s 20 million people live.