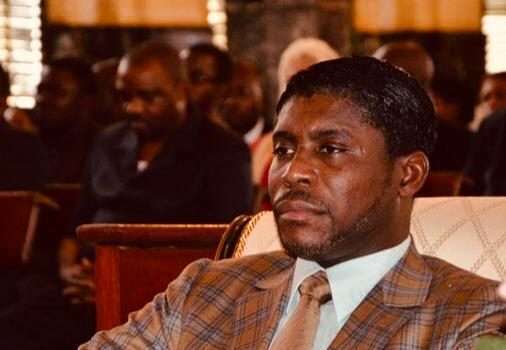 London – The news about Equatorial Guinea’s Vice President, Teodorin Nguema Obiang, who has been circulating in part of the international press for some time, is part of a racist propaganda campaign aimed at discrediting the Obiang family in order to weaken and sap a government and a country that are “guilty” of being excellent oil producers and being African. It is essentially neo-colonialist propaganda that has very different ends from those it apparently poses. But let’s do step by step and start from a distance to understand what is the basis of this disparaging activity fought in the mass media.

The underlying theme is that the West has the right to determine which country is democratic and which is not, with which countries it can do business and with which it cannot. By virtue of an allegedly superior democratic culture, the United States and Europe tend to take the liberty of issuing licences of true democracy using their own arbitrary parameters. Why are we talking about supposedly superior democratic culture and arbitrary parameters? I will explain this immediately with a few examples. In the United States, Hillary Clinton received 65,853,514 votes in the last presidential elections, while Donald Trump received almost four million fewer votes, exactly 62,984,828 votes, but, as you all know thanks to the American electoral system based on delegates, it was Trump who won the elections.

Considering the influence of internal subjects such as multinationals, which certainly thanks to their funding and their influence move millions of votes, and considering some external aid, such as that hypothesized by the Russians in favor of Trump, the American one there is always an example of perfect democracy? And is China, with its system that allows the Communist Party to remain in power without interruption since 1949, a model of democracy? And is that of Russia, which since 1991 has seen Putin in power, not by chance called the Tsar, the democratic system par excellence? Or do we take Saudi Arabia, an absolute monarchy that doesn’t even have a constitution, you think it’s a model to imitate?

I could go on but I will stop there. Many African countries, if compared with already developed nations, are certainly more backward in terms of respect for human and social rights and even their democratic systems can and must make much progress, they must improve so as to ensure more equitable and transparent systems of management of activities and public resources. But this cannot allow other countries (those that have ruled the world since the Second World War, to be clear) to arbitrarily syndicate the choices of the leaders of developing countries. Africa is full of European adventurers who over the years, with money of dubious origin, have bought and done what they wanted. And today? Why, when an African buys real estate and luxury goods, does everyone get angry and the measures start? Why, if Arabs and Chinese buy large public and private companies, museums and football teams, does no one think to criticize and oppose the governments of origin, while if he is an African everyone jumps on him?

And so we have come to the initial question. Discrediting, weakening, weakening an African country with propaganda first and sanctions later is a different, masked but very effective form of neocolonialism. Teodorin Obiang has been and is at the center of a campaign of international discredit, where he is accused of having bought real estate and luxury goods (and not of having killed someone!) just because he is the most accredited successor to the leadership of Equatorial Guinea that, as chance would have it, despite being a very small country is very rich in oil. A country that, incidentally, in 2004 was at the center of an attempt to take a coup against the current president, Teodoro Obiang, warped by white mercenaries, led by Simon Mann, who apparently responded to the orders and money of Mark Thatcher, son of the most famous Margaret. Do you understand the antiphon? In short, improving democracies, fighting for the defense of human rights, fighting to bring peace and prosperity to the world are duties to which it is right that there is a commitment of the international community. Using a clearly racist propaganda with neocolonialist and hegemonic aims is proof of the arrogance of those strong powers that for centuries have plundered Africa and those that once defined colonies.