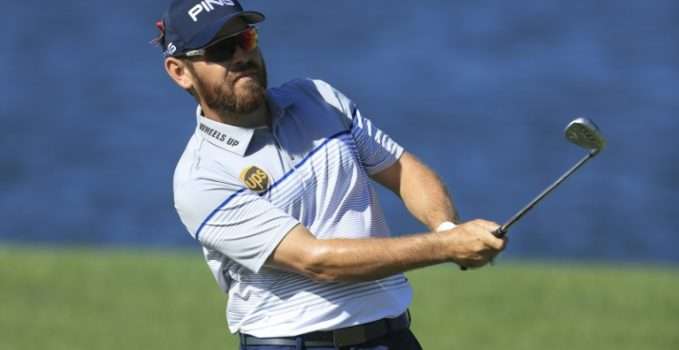 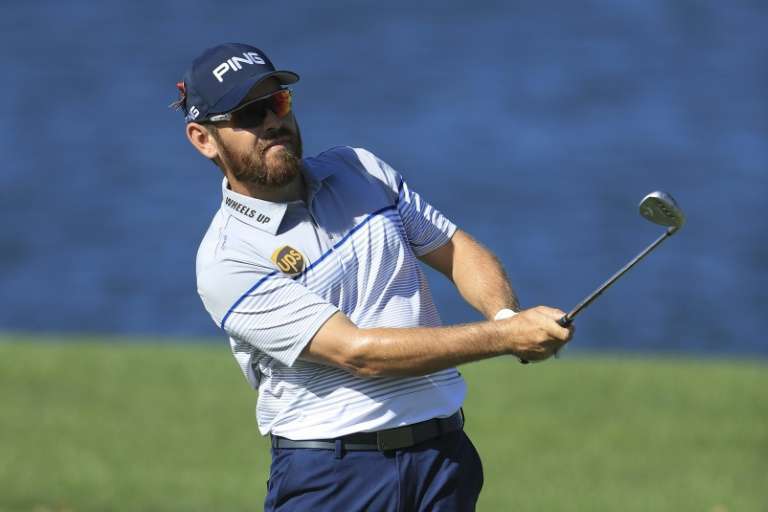 Louis Oosthuizen of South Africa plays a shot on the ninth hole during the second round of the Honda Classic at PGA National Resort and Spa on February 23, 2018 in Palm Beach Gardens, Florida

South Africa’s Louis Oosthuizen fired an eagle and five birdies in a seven-under-par 64 on Thursday to take the first-round lead in the WGC Mexico Championship.
The 2010 Open champion landed his 230-yard approach shot at the par-five 15th five feet from the pin and rolled in the putt for an eagle that gave him a lead he wouldn’t relinquish.
“I’m very confident with my driver at the moment,” Oosthuizen said. “I’ve got a nice little cut going and it’s nice to be able to just aim left and swing away.”
He was one stroke in front of England’s Chris Paisley and American Xander Schauffele, the US PGA Tour’s 2017 Rookie of the year.
Paisley, 31, earned his first European Tour title at the BMW SA Open in January. Fifth place finish at Abu Dhabi and Dubai saw him punch his ticket to his first elite World Golf Championships event at the Club de Golf Chapultepec.
Paisley opened with back-to-back birdies and added two more at the fifth and sixth, seizing a share of the lead on five-under with a birdie at the 10th, where he rolled in a 10-footer.
He drained a 40-foot birdie putt from the fringe at 14 and moved to seven-under with a birdie at 15 before giving a stroke back with his lone bogey of the day at 16.
“It’s the biggest tournament I’ve played in by a long stretch,” Paisley said. “To play as well as I did and shoot a good score against the world’s best players and be right up there, I”m just delighted.”
“I didn’t want to come here and just be happy to be part of it and just make up the numbers,” he said. “I like the course, it kind of suits my strengths. I’m obviously surprised I’ve gone out and shot six-under and I’m in second place — that’s kind of surpassed my expectations.”
Schauffele had six birdies in his 65. He and Paisley were one stroke in front of Spain’s Rafael Cabrera Bello and Thailand’s Kiradech Aphibarnrat, both in the clubhouse on five-under 66.
India’s Shubhankar Sharma, a two-time winner on the European Tour this season who is out to improve from his current 75th in the world to a top 50 spot that would see him into the Masters, was five-under through 16 when play was halted by lightning, with world number two Jon Rahm alone in the clubhouse on four-under 67.
Defending champion Dustin Johnson emerged from a roller-coaster round with a two-under par 69.
The highlight was a near-ace at the 17th, his eighth hole of the day — where his tee shot spun within inches of the cup.
Johnson finished with six birdies, two bogeys and a double-bogey six at the par-four 14th.