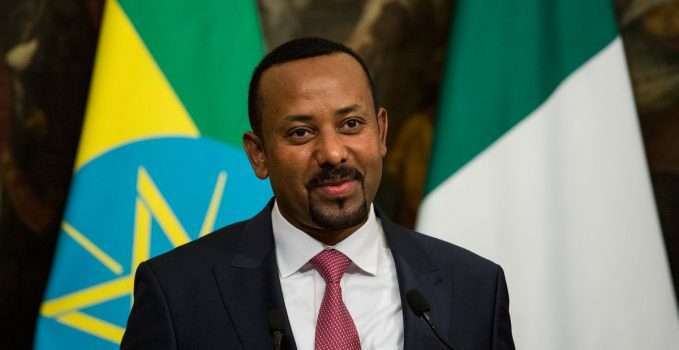 Operations to Restore Law and Order in Ethiopia’s Tigray Region: How Did We Get Here? 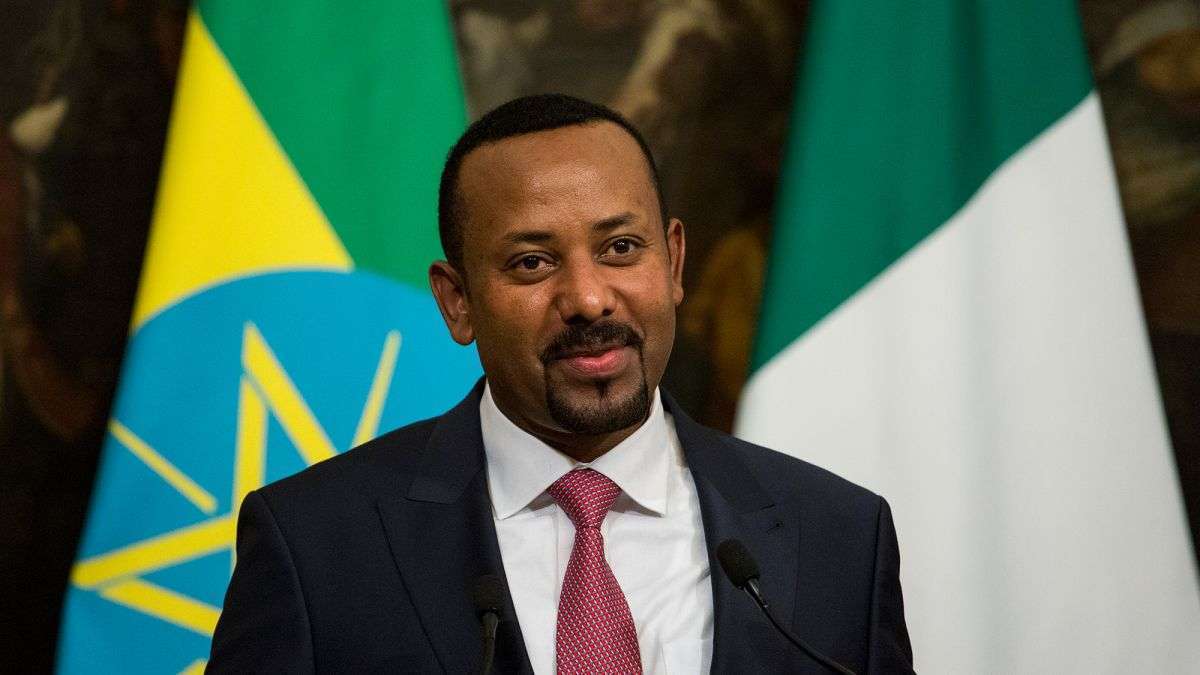 When I took office as Prime Minister of Ethiopia in April 2018, I had only one driving mission for my premiership – to put my country and people on a path to lasting peace and prosperity. I vowed to myself, my family and my people, in private and in public that I would never resort to force as a way of resolving internal political differences. I believe that no problem is worthy of any bloodshed, that all problems can be resolved amicably if we have the courage of our convictions to sit around a table, in good faith, in search of mutually acceptable solutions. I further declared that the only enemy I would mobilize my people and resources to wage war against was poverty.

However, my vision and determination came under severe strain right from the start of my premiership. It did not take long for the Tigray People’s Liberation Front (TPLF) leadership to launch a campaign, covertly and overtly, to undermine my administration and make our people and the rest of the world believe that, without them at the helm, Ethiopia would be ungovernable. To make their case, the TPLF leadership had to produce the evidence of ungovernability themselves, organizing a clandestine nationwide campaign of criminality and violence: sponsoring, financing, and training disaffected individuals to instigate communal clashes and attacks on members of ethnic minorities in different parts of the country. Attacks sponsored and orchestrated by the TPLF leadership left more than two million people internally displaced and thousands dead in the past two and half years.

I was fully aware that the TPLF leadership orchestrated the mayhem, bordering on party-sponsored terrorism, diverting budgetary resources allocated by the Federal Government to pay for their criminal enterprise and destabilize the nation. But, despite overwhelming pressure from the public for the Government to stop them by all means necessary, including through the use of force, I made it clear, repeatedly, that my Government would never resort to force to resolve the matter. I shared this firm and clear position to the TPLF leaders directly, in person and on the phone, and reassured the Ethiopian people, including our citizens in the Tigray Region, through mainstream and social media.

When the TPLF leadership rejected my personal invitations to engage with my administration in constructive dialogue on the future of our nation, I encouraged the country’s most senior religious and community leaders to travel to Mekelle, the capital of the Tigray Region, and help federal and regional political leaders resolve the differences peacefully. Regrettably, these most revered community and religious leaders were rebuffed by the TPLF leadership, treating them with utmost contempt and sending them back with nothing. 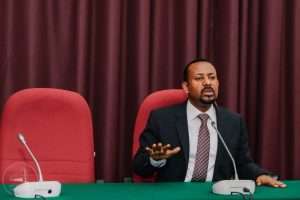 Even then, I did not give up; I would not. As I’ve said before, my own life has taught me that war is “the epitome of hell for all involved”. I did not come to office to take my people to hell; on the contrary, I came to office with a commitment to lead my people towards peace and prosperity. Since I came to office just over 30 months ago, I reiterated, time and again, that nothing would distract me away from my firm position on this matter. Regrettably, all my persistent efforts to avoid conflict by all means were taken for weakness.

In the end, however, the choice was not to be mine. While I was preaching peace and prosperity for my country and people, and working day and night to realize it, a violent attack was launched against my Government and people. On the night of 03 November 2020, the TPLF leadership launched, under cover of darkness, what they later described, on public television, as a “lightening pre-emptive attack” against the Northern Command of the Ethiopian National Defence Force (ENDF), which had been stationed in the Region since the outbreak of war with Eritrea over two decades ago. Using traitors recruited from within the army along ethnic lines, not only did the TPLF leadership cause the massacre of unarmed soldiers in their pyjamas in the dead of night, they also took possession, illegally, of the entire military arsenal of the Northern Command. I was thus left with a decision only of how, not whether, to fight to defend the integrity of my country and restore the constitutional order.

More than the attack, what shocked me and my fellow Ethiopians to the core was the level of cruelty the TPLF leadership displayed in the conduct of their criminal operations. After they surprised and overpowered several regiments of the ENDF forces, the TPLF identified and separated hundreds of unarmed Ethiopian soldiers of non-Tigrayan origin, tied their hands and feet together, massacred them in cold blood, and left their bodies lying in open air. Never would I have imagined it humanly possible for any person to kill their fellow soldiers while asleep and record themselves singing and dancing on the bodies of their victims.

Following their surprise attack on their own unsuspecting fellow Ethiopians, it didn’t take long for the TPLF leadership to start celebrating and gloating in public about their prowess and invincibility in war and how they have now transformed themselves, overnight, into the largest fighting force in the entire Horn of Africa. 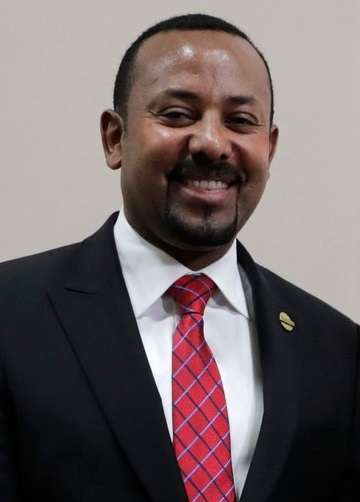 With the benefit of hindsight, the surprise attack by the TPLF forces had three interrelated objectives. First, by attacking the Northern Command, which accounted for the bulk of Ethiopia’s most experienced combat forces, they aimed to weaken the capability of the ENDF to safeguard the sovereignty and territorial integrity of the country. Second, by using ethnic Tigrayans members of the ENDF to carry out the attack on their comrades-in-arms from other ethnic groups, they aimed to divide and destroy whatever was left of the ENDF as a cohesive national defence force. Third, once the ENDF was so fractured, defeated and destroyed, and the country almost certainly descended into anarchy, the TPLF would present themselves as the only force that could put the country back together, thus removing and replacing the federal government by force.

My primary duty as prime minister and commander in chief is to protect the nation and its people from internal and external enemies. That is why the Federal Government launched and successfully executed defensive operations to restore law and order in the Tigray Region, regrettably making the use of force the only tool left in our arsenal.

I recognize that, in the end, everyone is entitled to their opinions. Only history will judge whether the Federal Government under my leadership could have done anything else to resolve the existential crisis my old and proud nation faced on that fateful night of 03 November and its aftermath.

As I write this article, the Ethiopian army has completed its mission according to plan and captured the regional capital of Mekelle without the large-scale civilian casualties and war crimes that so many in the international community confidently predicted. Yet, despite the success of these operations, I’m not celebrating; I cannot be. While I admire the courage and sacrifice of our men and women in uniforms, I know the conflict has caused unimaginable suffering. This is a conflict in which Ethiopians had to kill their fellow Ethiopians, target and destroy their own defense infrastructure and weaken their own defense capability. At the same time, I also know that the Federal Government was forced to engage in this operation for existential reasons – the future of Ethiopia as a sovereign nation and the peaceful co-existence of its people was at stake. The heavy cost we incurred as a nation was necessary.

Now that the active phase of military operations is over, our next task is to launch the process of healing from the aftereffects of this traumatic conflict, to ensure our citizens in the affected areas, including those who have been forced to cross the borders to the Sudan, have unfettered access to humanitarian assistance and other support necessary to rehabilitate them back to normal life at the earliest opportunity. Also critical is the need to restore the transport and communications links destroyed by the conflict.

Having witnessed afresh the courage and determination of the Ethiopian people to protect their country from its enemies, I am confident that Ethiopia will rise back to its traditional role as the anchor of stability for the entire subregion and beyond.

At the same time, the peace and security we have restored at so much cost remain fragile. That is why we are determined to ensure our next elections, scheduled to take place in mid-2021, are fair, free, and inclusive, and that the people of Tigray, like all other Ethiopians, shall soon be led by a regional government of their free own choice.