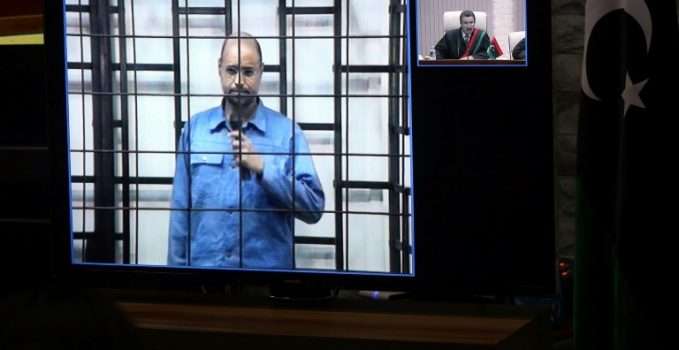 Seif al-Islam Kadhafi is seen in a video conference from Zintan answering a judge in Tripoli during his trial in 2014. A year later the court sentenced him to death for crimes committed during the 2011 uprising that ousted his father’s regime 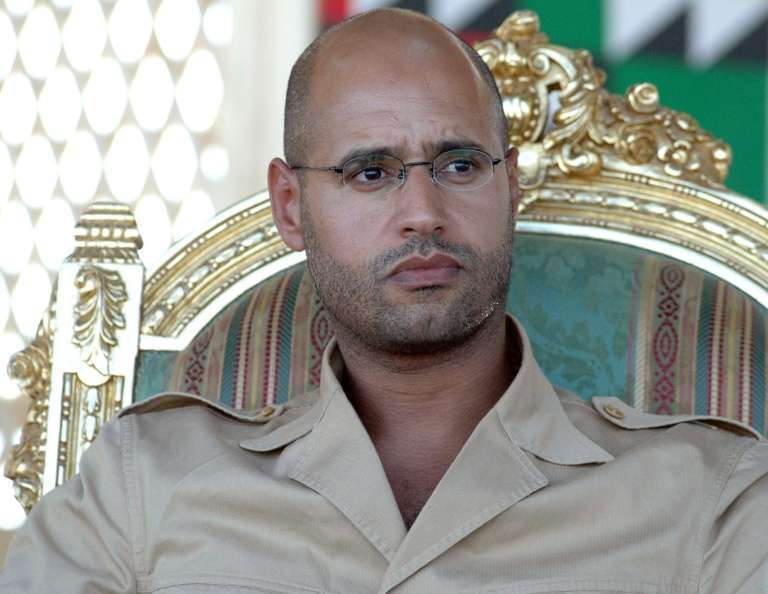 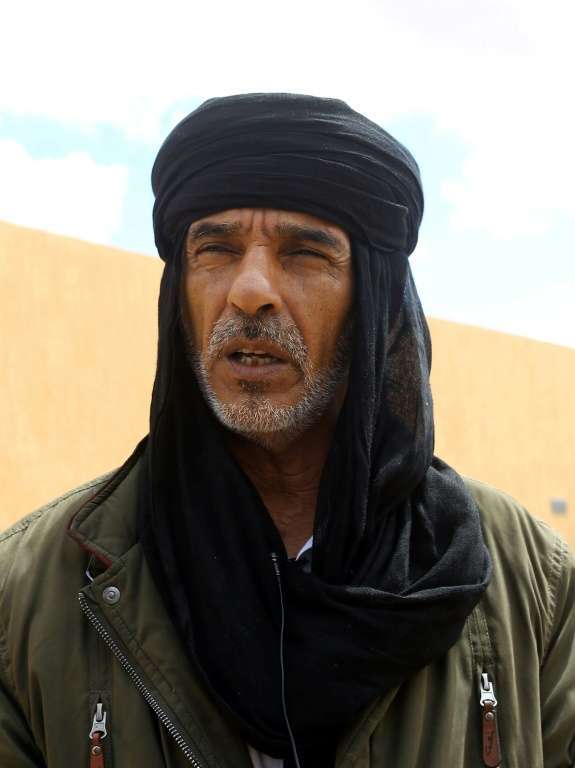 Nearly a year after a Libyan militia announced it had set free the son and heir apparent of slain dictator Moamer Kadhafi, the fate of Seif al-Islam remains a mystery.
His reported release from detention by the Abu Bakr al-Sadiq Brigade which once controlled the town of Zintan in western Libya has never been confirmed and has fuelled wild rumours.
While some insist he is still somewhere in Zintan, others claim Seif is dead.
One thing is certain, however: he has not been seen or heard of since June 2014 when he appeared via video from Zintan during his trial by a Tripoli court.
And now Seif is back in the news, after France’s former president Nicolas Sarkozy was charged in Paris with financing his 2007 election campaign with money from Kadhafi.
In a 2011 interview with the Euronews television network, Seif said Sarkozy must “give back the money he took from Libya to finance his electoral campaign”.
Seif al-Islam — whose name means “sword of Islam” — was captured by the Zintan-based militia in November 2011, days after Kadhafi was killed in a NATO-backed uprising against his decades-old rule.
The International Criminal Court (ICC) is in a legal tug-of-war with Libyan authorities to transfer Seif to The Hague, where he is wanted for crimes against humanity including murder.
But in July 2015, a Tripoli court sentenced the now 45-year-old to death in absentia along with eight other Kadhafi-era figures.
According to several Libyan sources, and diplomats, Seif has not left Zintan, a largely tribal town 170 kilometres (105 miles) southwest of Tripoli and one of the cradles of the 2011 uprising.
– ‘Still a prisoner’? –
But is he a prisoner? No one in Zintan, a town of 40,000 inhabitants, is willing to give a clear answer.
“Yes. He is still a prisoner,” Mokhtar al-Akhdar, a member of Zintan’s military council which groups the town’s key militias, said categorically when asked about Seif.
“Even if he is not a prisoner, he is wanted by the ICC… and he has nowhere to go,” he quickly added, throwing more doubt on Seif’s fate.
Chaaban al-Marhani, one of the town’s tribal leaders, also provided a confusing account of Seif’s whereabouts.
“He is here (in Zintan) and his is a prisoner but his fate in not in the hands of Zintan.”
A member of the security services, speaking on condition of anonymity, added to the confusion.
“In any case Seif al-Islam was never really a prisoner in the full meaning of the word. Ever since his arrest he has been under home arrest… not in a prison,” he said.
The Abu Bakr al-Sadiq Brigade which captured him more than six years ago had repeatedly refused to hand Seif over to authorities in Tripoli or the ICC.
The group said it released him in June 2017 as part of a general amnesty decreed by a parliament based in eastern Libya but legal experts said Seif was not included in the amnesty.
The militia — which Zintan residents say was disbanded nearly a year ago — failed to persuade anyone when it announced his release a year ago because it had also reported setting him free a few months earlier.
– Criminal on the run? –
Omar Gaith, a member of parliament from Zintan, said he “cannot confirm or deny the liberation of Seif”.
“Seif al-Islam is considered a criminal and a fugitive. If he is arrested he will be put on trial again,” he said.
The Tripoli court sentenced Seif to death, along with other Kadhafi-era officials, for crimes, including murder and complicity to incite rape during the 2011 uprising — a verdict criticised by the United Nations and human rights groups.
Due to the nature of these crimes “he can not benefit from any amnesty,” said the office of the prosecutor general in Tripoli.
The ICC prosecutor was not available for comment on Seif’s fate.
In 2015 the court said it was verifying his whereabouts, reiterating its demand for his arrest and transfer to The Hague.
Meanwhile the mystery surrounding Seif continues to grow, including by diehard Kadhafi regime supporters.
On March 19, a man speaking from Tunis and claiming to represent Seif said Kadhafi’s son would run in Libya’s next presidential election.
The claim was rejected by the Abu Bakr al-Sadiq Brigade which said on its Facebook page that it had “contacted” Seif who insists he has not entrusted anyone to represent him.
The militia’s commander, Ajmi Laatiri, could not be reached for comment.