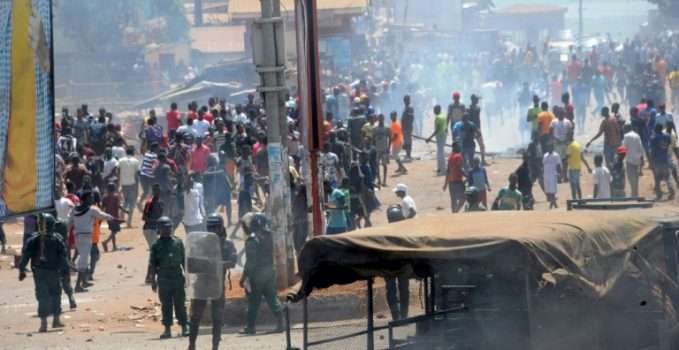 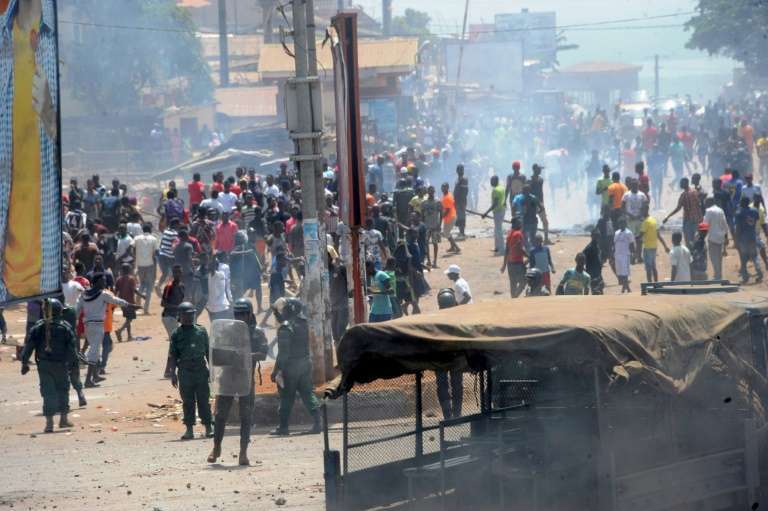 Police fired teargas at protesters from opposition parties in Guinea on Tuesday, while the ruling party of President Alpha Conde accused his opponents of seeking to destabilise the West African nation.
The opposition Union of Democratic Forces of Guinea (UFDG) has been staging protests in the capital, Conakry, since losing February 4 local elections it says were rigged.
“Until they give us our stolen votes, we won’t leave the streets,” UFDG leader and former prime minister Cellou Dalein Diallo told AFP.
Young people erected barricades in the city, burned tyres and threw stones at police, who replied with teargas, an AFP correspondent saw. That followed protests on Monday which also saw students gather outside the presidential palace, chanting anti-Conde slogans and demanding an end to a separate school strike.
The opposition “seeks to create anarchy to destabilise the government of Alpha Conde,” said Amadou Damaro Camara, the head of the ruling Rally for the Guinean People in parliament.
“What they couldn’t get in court, they want to get in the street,” Camara added, accusing the UFDG of having a “hidden agenda”.
The teachers’ strike restarted on February 12 and has paralysed the education system.
Near-daily protests by the opposition, teachers and disgruntled students have rocked Conakry over the last month.
An opposition group, the Party of Hope for International Development, said Tuesday it wanted the Economic Community of West African States (ECOWAS) regional body to send an intervention force to the country.
More protests are expected Wednesday.