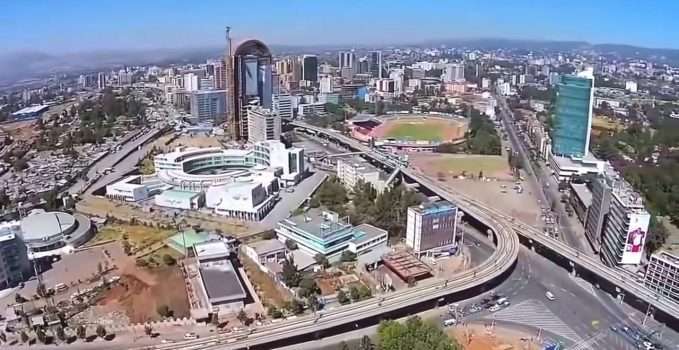 RENEWABLE ENERGY SOURCES: THE HISTORY OF METEHARA IS WRITTEN IN JULY

“In July we return here in Addis Ababa to sign the contract”, with these words Antonello Cammisecra, CEO of Enel Green Power (EGP), the Italian company world leader in the renewable energy sector, commented on the meeting held with the Ethiopian authorities in order to define the “financial closing” relating to the tender for the development, construction and operation of a 100 MW power plant to be built in Metehara, a town located 200 km east of the capital. What Cammisecra did not say explicitly, but that was understood by the context and the more general reasoning made with journalists on the sidelines of the annual meeting of Res4Africa, is that next July is somehow the last date to set in motion a tender now awarded by EGP almost two years ago. Cammisecra’s reasoning to journalists at the press conference was simple: “We are happy to have won the race, happy to be in Ethiopia, proud to be able to create a system that through clean energy will create employment and development. We also understand that there may be delays. It happens often, so somehow it’s something we’re prepared for. Now, however, it seems to us that there is nothing else to do, so by July, we expect to sign the contracts and start the work. On the consequences of a possible further delay Cammisecra, on the other hand, has not really expressed itself, almost as if to say that this hypothesis is not even contemplable.

A very linear attitude that of Cammisecra, typical of market leaders. Enel Green Power in terms of MegaWatt (Mw) installed is in fact currently the largest independent producer of renewable energy operating throughout Africa, a continent where the Italian group in the period 2019/2021 will invest 700 million euros building wind and solar systems for a total capacity of about 900 Mw. A position of strength further consolidated by the fact that EGP, as in Africa, is also growing all over the world, from the Americas to Australia. In other words, the numbers are all on the side of Cammisecra (photo). In short, if you put them in this context, you understand how the CEO of EGP can consider the two years since the victory of the race as the maximum waiting period. The market and the history of the rest explain well that operators of this size can not afford in industrial and economic terms to keep men and means committed on a territory for so long without having certainty about the timing and compliance with contracts. To all the observers present in Addis Ababa that of Cammisecra has, therefore, appeared as the last sign of availability to the Ethiopians: if in July there will be the signature well, vice versa EGP will look and head elsewhere. For example, in Kenya, Zambia or Morocco where EGP is already very active. Or in South Africa, where the Italian company already operates wind and solar power plants for 520 MW and where the races are held regularly and in an atmosphere of organizational efficiency.

The history of the Metehara plant, after all, also looking at it from the Ethiopian side, leads to the conclusion that next July is the right date to conclude the closing with EGP and start the works. Addis Ababa in fact cannot afford the luxury of going to a break with EGP that would cause significant economic damage, both because the Italians are the legitimate recipients of a tender whose arbitrary cancellation would cost a fortune, and because the entire development project would be postponed over time with significant damage to the country and the government itself. But above all, a cancellation of the tender would automatically lead Ethiopia to be perceived by international operators as an unreliable country. A negative reputation that would immediately go beyond the borders of the energy sector to great international finance. And in this sense, the words of Cammisecra should be read as the pure truth: in July, in one way or another, the history of Metehara will be written.