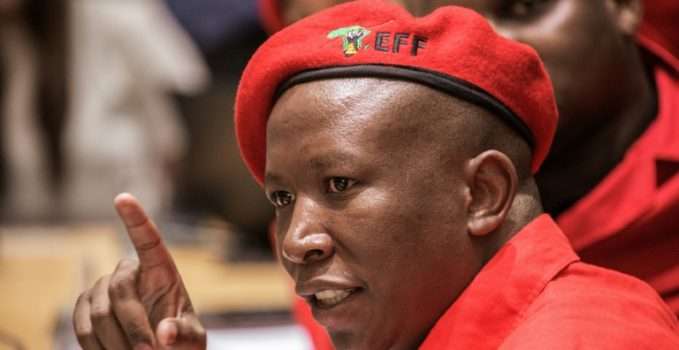 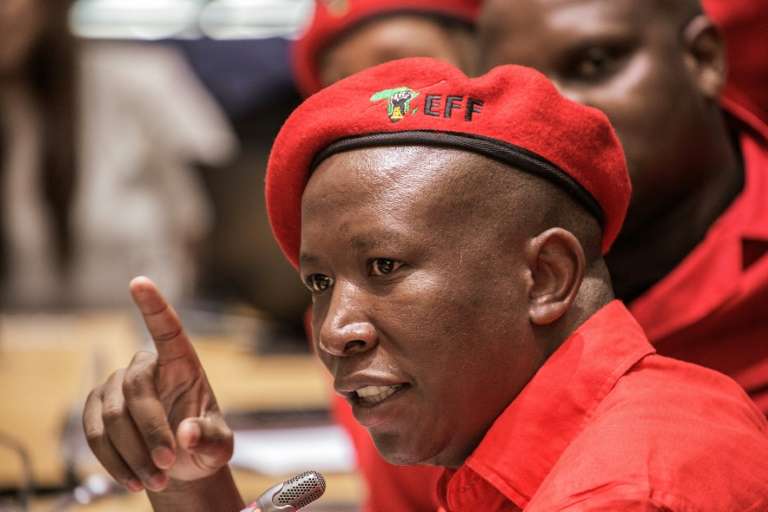 Radical South African opposition leader Julius Malema launched on Sunday his campaign to be elected president in 2019 by aggressively distancing his party from a one-time coalition partner.
The Economic Freedom Fighters (EFF) leader used a speech at a packed arena in Johannesburg to confirm that he would seek to unseat the mayor of Port Elizabeth whose administration his party propped-up since 2016 elections.
The mayor of the south coast city, Athol Trollip, is a member of the Democratic Alliance (DA) party which has governed Port Elizabeth as well as Johannesburg and Pretoria with the support of Malema’s EFF.
But since the resignation last month of president Jacob Zuma, long the target of Malema’s ire, the EFF has switched its attentions to the main opposition DA, accusing it of being a racist party that promotes the interests of whites.
“All white people who are voting DA, who are angry with what we are going to do in PE… all of you can go to hell, we don’t care about you. We don’t care about white feelings,” he said to loud applause and cheering.
“We don’t hate white people, we just love black people.”
Malema has sought to rebuild ties with the ruling African National Congress (ANC) since President Cyril Ramaphosa succeeded Zuma last month.
“Ramaphosa must do the right thing. We don’t care about him being a billionaire, we want him to do the right thing,” said Malema.
Malema founded the EFF in 2013 when he was expelled from the ANC along with a number of allies, and the party now has the third largest number of MPs in the National Assembly.
In his speech, Malema welcomed the ANC’s recent resolution to seek to expedite the process of redistributing land to “rightful owners” that is widely understood to mean transferring land owned by whites to economically disadvantaged blacks.
“We want to give land to our people, it is going to happen, it will happen in our lifetime, whether they like it or not. The land will be returned,” he said.
“We are not going to listen to any Britain, we are not going to listen to European Parliament, we are not going to listen to UN — we are going to listen to the people of South Africa,” Malema added.
He was referring to a letter sent Tuesday by right-wing British UKIP MEP Janice Atkinson to Foreign Secretary Boris Johnson calling on London to “step in” over the issue of land redistribution in South Africa.
Malema also announced a voter registration drive for EFF supporters.
“All fighters in all branches must be registered to vote. If you are not registered, then you are a criminal.”