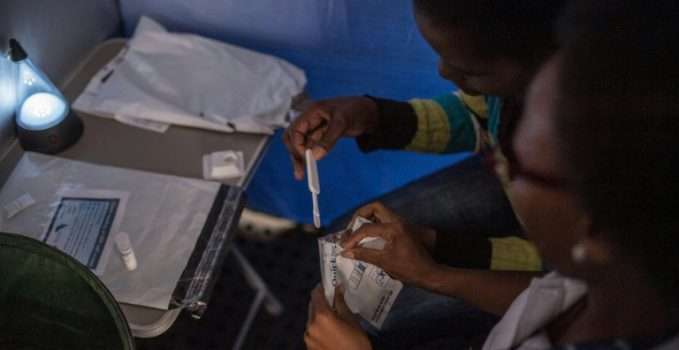 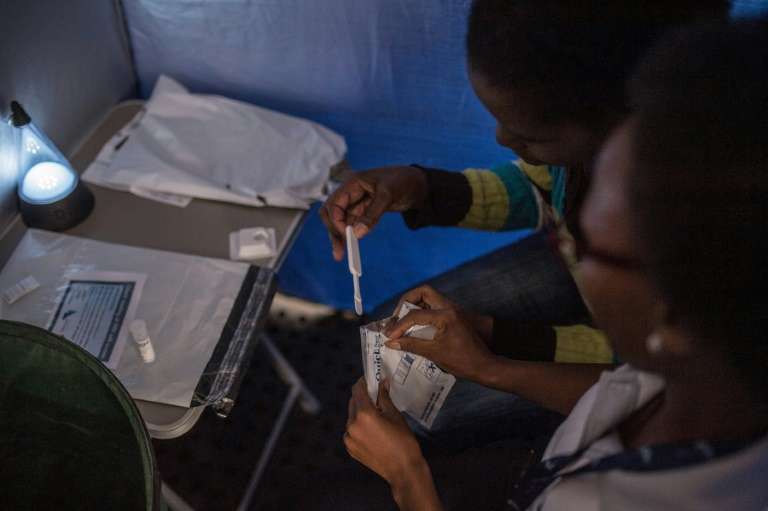 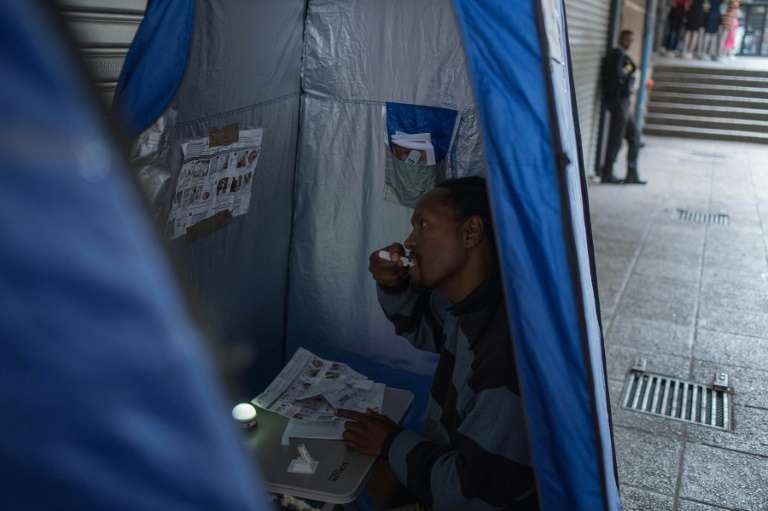 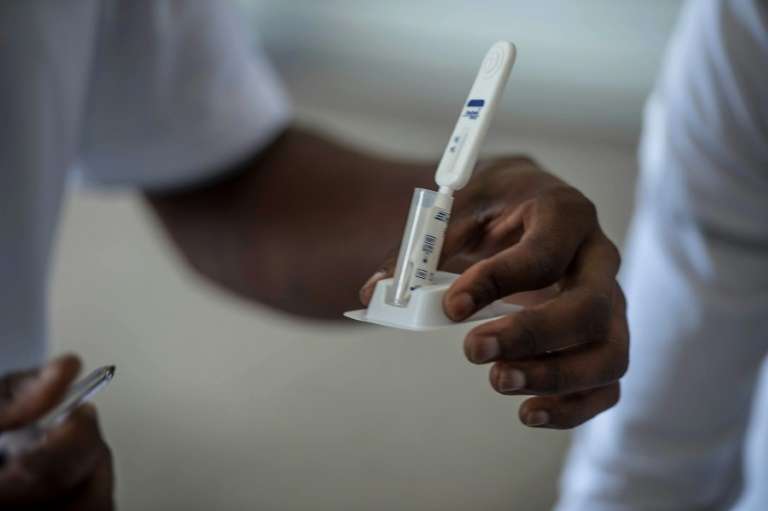 Self-testing kits and vending machines distributing prescription drugs are two ways that HIV treatment is being automated to reduce stigma in South Africa, home of the world’s biggest HIV epidemic.
With 7.1 million people living with HIV in the country, removing human intervention is helping experts target hard-to-reach groups like young men who are often reluctant to queue in public clinics.
Students, porters and labourers have flocked to a new HIV self-testing stand outside a supermarket in Hillbrow, a gritty district of central Johannesburg.
The project was started in Malawi, Zambia and Zimbabwe in 2015 and expanded last year to include South Africa, which has an 18.9-percent HIV rate among adults.
A small team of young and stylishly-dressed “peer educators” convince men aged between 18 and 30 to take the tests, which — in a breakthrough for South Africa — are self-administered.
“It’s targeted at young men and if we have a group of young men around, we pull more people in,” said Lynne Wilkinson, an expert at the University of the Witwatersrand’s Reproductive Health and HIV Institute, which oversees the project.
From May, the scheme will be extended to several of Johannesburg’s bustling minibus taxi ranks which carry hundreds of thousands of commuters every day.
After passers-by complete a simple form, they are handed a pack to take into one of a row of unassuming portable pop-up tents to ensure privacy.
– ‘Did it to inform myself’ –
They follow a short guide showing how to swab their gums with a wand before placing it into a holder.
“Instructions are in six languages and most of the time people do it right,” said Mokgadi Mabuela, a confident 25-year-old, who distributes and demonstrates the tests.
“They respond quite well when you explain it’s a self-test — although the men will often ask if you want to date!” she said.
After 20 minutes, the test results are delivered by lines that indicate negative or positive.
Those showing positive are offered immediate confirmation tests which, if conclusive, are followed-up with treatment referrals.
Those not wanting to wait for their results can take the packs home.
“Last week I came past with my brother who tested and I was passing by today. It was easy and I did it to inform myself,” said one young man, who declined to be named.
The kits, which are free to the users, contain advice on what to do if a home test is positive.
The project is an initiative of Unitaid, the Geneva-based organisation that says three out of every 10 people with HIV worldwide do not know they have the virus.
It has so far brought hundreds of thousands of the tests into South Africa and surrounding countries and plans to distribute 4.8 million self-screening kits in total.
One of those who tested positive after self-screening was 45-year-old musician Oscar Tyumre from Alberton, east of Johannesburg.
“With their counselling, they advised me to go to their clinic to take their medication right away,” he told AFP. “I was delicate at the time — but I started right away.”
– ‘Know your health status’ –
Oscar added that knowing his status was actually a relief.
“My advice is don’t despair. It’s not the end of the world, you can go straight into treatment and still live to 100,” he said.
Ten kilometres (six miles) north, in the sprawling Alexandra township, South African not-for-profit Right ePharmacies last week launched an ATM-style dispenser that removes the need for face-to-face interaction with a pharmacist to collect HIV treatment.
Patients can activate the vending machines — the first in Africa — using a membership card and PIN number which calls up repeat prescriptions pre-loaded by doctors.
Law requires a live pharmacist sign off on the transaction so after a Skype-like video call, the medication is dispensed. It takes less than five minutes.
“It’s much easier and quicker,” said Alexandra resident Philda Dladla, 59, who uses the machines to collect HIV treatment twice a month.
“Before, we used to wait for the whole day at a clinic. It’s easy and anyone can do it — as long as you don’t forget your PIN number!”
The system’s privacy booths also mean patients can avoid publicly revealing their condition — unlike in busy local clinics.
“The only way anyone would know your health status is if you left with the medication showing,” said operations manager Thato Mathabathe beside one of the pharmacy’s four $170,000 (137,000 euro) German-made robotic dispensers.
Roughly 200 patients use the system every day and users have collected 16,000 items, including HIV/AIDS drugs as well as diabetes, epilepsy, asthma and hypertension medication since September.
There are now plans to expand it to three other sites in the Johannesburg region.