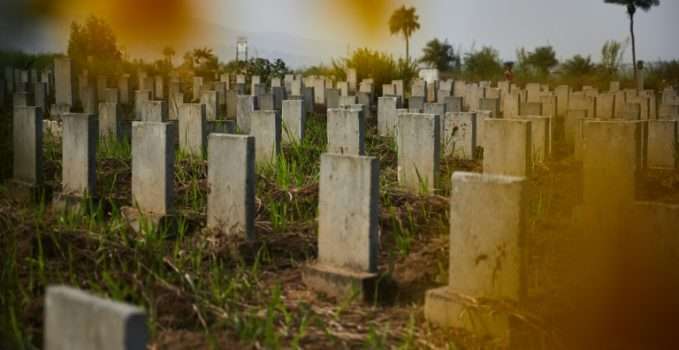 Sierra Leone, cut down by war and Ebola 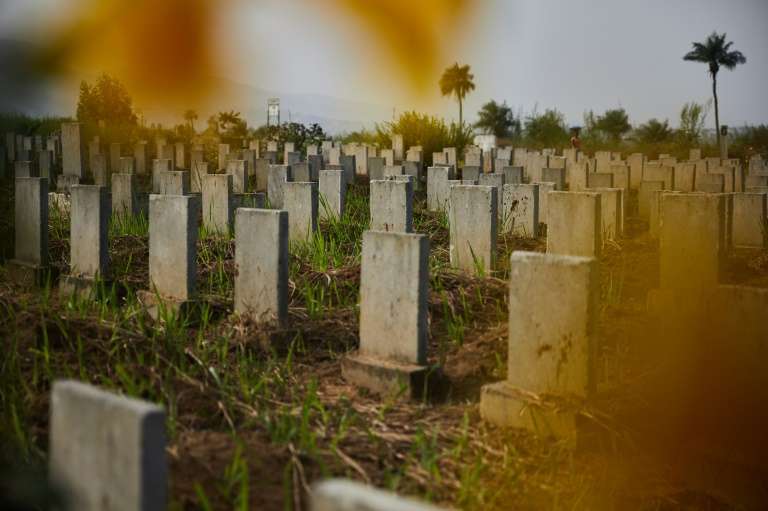 Headstones line the Waterloo Ebola graveyard in Sierra Leone which was among the countries hardest hit by the December 2013 Ebola outbreak, along with Guinea and Liberia

The West African nation of Sierra Leone is among the world’s poorest countries despite its significant mineral wealth, and scarred by a brutal civil war and the deadly Ebola virus.
Here is some background about the country as it prepares to go to the polls on March 7.
– Brutal civil war –
Founded by Britain in 1787 for freed slaves evacuated from the Caribbean, Sierra Leone was a British colony until independence in 1961.
Thirty years later — after a series of coups and rife instability — it was plunged into a devastating civil war notorious for its mutilations, drugged child soldiers, sex slaves and rapes.
The 11-year conflict (1991-2002) was launched by the Revolutionary United Front (RUF) rebel army to overthrow the government and left around 120,000 people dead, according to UN estimates. Hundreds of thousands fled their homes.
A Special Court for Sierra Leone was created in 2002 to judge war crimes and crimes against humanity committed during the war.
Among others, it sentenced the former president of neighbouring Liberia, Charles Taylor, to 50 years in prison for aiding the RUF in return for “blood diamonds”, so-called because of their link to the conflict.
– Economy battered, resilient –
The civil war devastated Sierra Leone’s agriculture sector, centred on rice, cocoa and coffee production, and destroyed much of its infrastructure.
But the country has mineral riches, including diamonds, gold, bauxite, titanium ore and magnetite iron ore, which have attracted massive investment.
The mining sector became a key driver of the economy after the discovery of iron ore in 2011, leading to unprecedented growth of 21 percent in 2013, according to the African Development Bank.
But by 2015 growth was -20.5 percent, slashed by Ebola and the collapse of iron ore prices.
“Economic growth has resumed, however, and remains upward, supported by new investments in mining, agriculture, and fisheries,” the World Bank says, projecting growth at 5.4 percent for 2017.
– Ebola hotspot –
Sierra Leone was among the countries hardest hit by the December 2013 Ebola outbreak, along with Guinea and Liberia.
It recorded more than 3,900 of the 11,300 deaths from the more than two-year epidemic, according to the World Health Organization.
The outbreak led to schools being closed between June 2014 and April 2015.
Over the past 15 years the country has also suffered four major floods which affected more than 220,000 people and caused serious economic damage, according to the World Bank.
The flooding in August 2017 was the deadliest with 1,140 people dead or missing, according to an official toll.
– Poverty, corruption –
With a population of 7.07 million, according to the 2015 census, Sierra Leone has high rates of youth unemployment and corruption, and weak national cohesion, the World Bank says.
“Problems of poor infrastructure and widespread rural and urban impoverishment persist in spite of progress and reforms,” it says.
It is one of the poorest countries in the world, ranking 179 of 188 on the human development index (2016) of the UN Development Programme.
Transparency International classed it in 2017 as 130 out of 176 of the world’s least corrupt countries.
The country also has the world’s highest maternal mortality rate at 1,360 deaths per 100,000 live births, according to the UN.