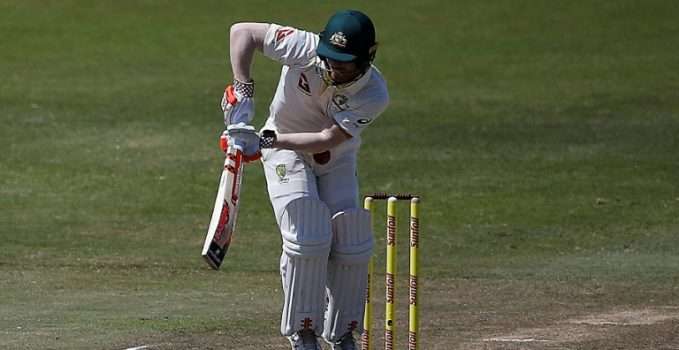 Injuries emerged as a key factor as South Africa batted on before declaring at tea on the fourth day of the fourth Test against Australia at the Wanderers Stadium on Monday.
South Africa declared at 344 for six, setting Australia a formidable target of 612 to win, or more realistically needing to bat for four sessions or a possible 131 overs to avoid defeat.
Captain Faf du Plessis hit 120 and Dean Elgar made 81. They shared a fourth wicket partnership of 170, the best for any wicket by either side during the series.
All three of South Africa’s fast bowlers had injury concerns, according to a message from the team media manager.
Morne Morkel suffered a side strain on Sunday but joined the South African warm-up during the tea interval.
Kagiso Rabada has a stiff lower back and Vernon Philander has a strapped groin.
With South Africa leading the series 2-1, their batting effort made sure they would secure their first home series win against Australia since 1969/70, whether or not their bowling options were limited.
Du Plessis made his first major contribution of the series after making only 55 runs in his first seven innings.
When he was on 43, he needed lengthy treatment after a ball from Pat Cummins split open the right index finger he broke earlier in the season.
But he went on to make his eighth Test century and his third against Australia. He faced 178 balls in his innings, which included 18 fours and two sixes.
Pat Cummins was again Australia’s best bowler, taking four for 58. His match figures of nine for 141 were the best of his career.